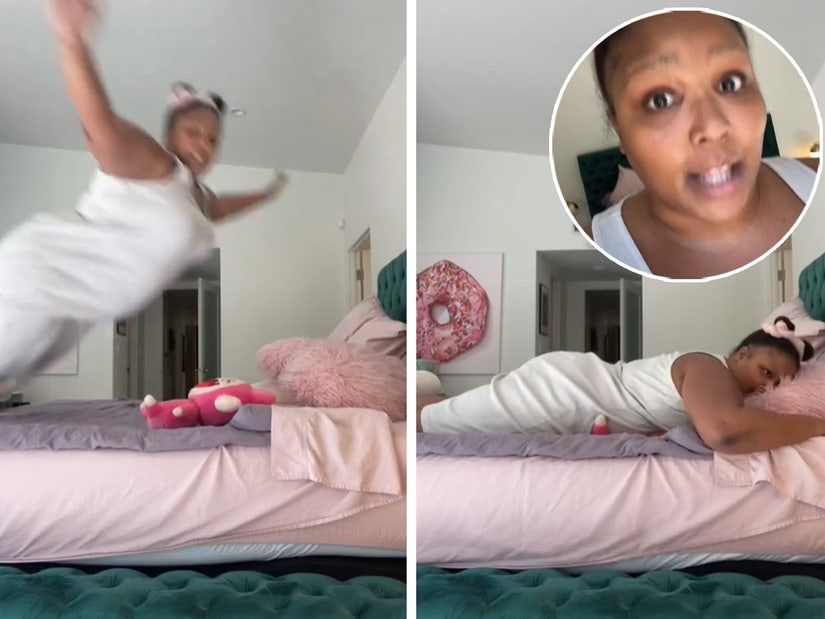 "I know I'm big, but bitch, I'm not that f---ing big," she says -- before demonstrating what it would look like.

Lizzo is 100% not that bitch who killed someone by stagediving on them.

The "Truth Hurts" singer hilariously took to TikTok on Tuesday to dispute an Internet rumor claiming she ended someone's life during a concert trick gone bad.

"So I see a lot of annoying things about me on the internet, but the thing that bothers me the most is this rumor that I stage dived at a concert and killed somebody," she said in the video.

"That rumor, it's a lie, first of all, I've never stage dived in my life. And bitch, kill somebody?! You all really gonna put that on my motherf---ing name?" she then exclaimed. "Like, I know I'm big, but bitch, I'm not that f---ing big."

She then proceeded to demonstrate just how lethal it wouldn't be by throwing herself onto her bed, smooth landing and all. Lizzo ended the video with one final, "Bitch!"

The rumor isn't exactly a popular one, but does pop up if you decide to Google it. Among the many unsubstantiated reports are headlines proclaiming, "Lizzo Stage Dives, 4 Fatalities, 1 Injured" and "Lizzo Injures 7 and Kills 1 After Attempted Stage Dive." There's also a doctored TMZ tweet that pops up, which is 1000% fake.

The "joke" here, of course, is just one of many aimed at the singer's weight -- something she's never shied away from addressing head on. Not only does she always keep it real on her Instagram, she has, in the past, made it clear she doesn't "give a f--- about trolls that body shame" her.

"I do this for the people who get body shamed every single day who don't have my platform or have the same path to confidence I had," she shared in 2020. "I know that I am here to defend and represent y'all. Because I love y'all and I dont want y'all to go through the self hatred I went through."

More recently, she took to her page to celebrate the start of "Big Girl Summer."