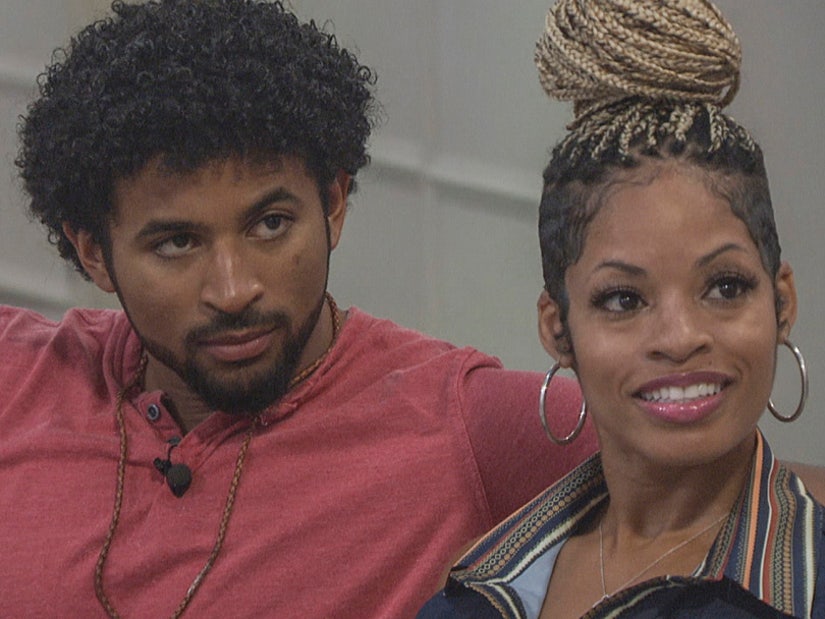 We thought the tutu ballerina bowling Veto competition left our heads spinning, but this cool combination of clever and clueless has all of Twitter reeling!

And we thought this summer of "Big Brother" would be dull without the chaos magic of one Frenchie French in the house. It turns out, there was someone even more impressively dense just waiting for their chance to shine!

Xavier took control of the House this week and set about taking down the biggest target in the House in Brent. What he didn't quite factor in, though, in trying to convince Brent that he was the pawn was the impressive size of Brent's ego. 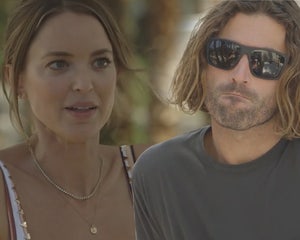 Even though everyone had been sharing stories with him about the obnoxiously arrogant things Brent has said to everyone, Xavier still thought he could convince Brent that his other nominee, Britini was the pawn.

But Brent just wasn't buying it. Not because of strategy or anything, but because Brent is so self-impressed he doesn't think he could ever be a pawn. He's just that incredible, that he'd always be a target. A guy that intelligent and strong and good-looking? Of course he could never be a pawn.

It would be hilarious if it also wasn't incredibly sad. Luckily, before we could shed any real tears of sorrow, we started weeping tears of laughter as things just got crazier and crazier with this week's Power of Veto competition.

Brent was feeling confident heading into the POV because little did Xavier know that Brent's entire team had his back, as did the Queens (Claire, Kyland, and Tiffany) and even Alyssa. Brent was GOLDEN, no matter what Xavier wanted to do.

Perhaps that's why Xavier effectively threw off any subterfuge about who his target was by immediately choosing Brent to square off against in the classic spin bowling competition that lets us enjoy all of our players in adorable tutus.

That moment solidified for Brent, who already knew, that he was the target. It could have also just been that Xavier didn't want his nominees to change, as Brent had just eliminated Britini in the first round. Ultimately, none of it really mattered.

The other players in the competition were Derek F, who was gunning to save his teammate Britini but fell apart after back-to-back heats against Whitney and Christian. He beat Whitney -- who fell apart due to terrible bowling -- but lost to Christian.

The good news for this final round against Christina and Xavier, though, is that the Kings teammates were on the same page: keep the nominations the same. So, it didn't matter who won. Both fought hard, but it was Christian who won, which set up one of the most beautiful moments in "Big Brother" history. 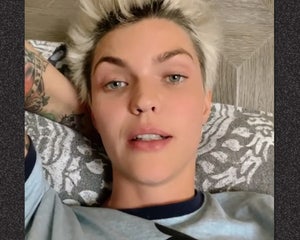 Congratulations, You Played Yourself

Remember that Brent was feeling rock solid with Alyssa, his team the Aces and the Queens. But in order for him to guarantee the safety he just knew he had with all that support behind him was to stay on the Block against Britini.

In other words, Brent needed the nominations to stay the same, because he wanted to see the look on Xavier's face when the House voted to save him, blindsiding both Britini and Xavier with one vote.

Concerned that something could change, Brent's ingenious mind concocted a plan and presented it to the Queens. Kyland, Claire and Tiffany needed to go up to Xavier and convince him that they were so annoyed by Brent that they wanted him out of the House.

They needed to fool Xavier into believing that if the nominees stayed the same that Brent would get voted out of the house. Then, Brent and his legion of supporters could flip the House at the next HOH competition and take full control.

It was a brilliant, diabolical plan. It had everything that makes for great "Big Brother" moments. And the Queens went up to Xavier and did exactly as Brent asked, telling the entire Kings team Brent's brilliant plan.

And everyone died laughing! This was just too much. 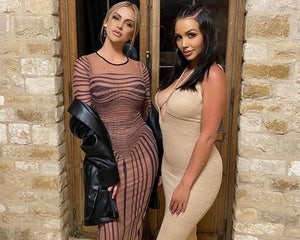 Brent just uncovered exactly what was already going on in the House, except that the truth was he's been the target the whole time. Not only does he not have the support of the Queens or Alyssa, his own team has been working to get him voted out of the House.

Whitney dreamed of winning the Veto just so she could see Brent's face when she didn't use it. This is one of those weeks where the whole House is basically united in what they want and the HOH just has to sit back and let it happen.

The beauty is that Xavier was so concerned about Brent freaking out this week, thus his attempt to convince Brent he's the pawn. Instead, Brent isn't going to freak out because he's so certain we're about to see one of the biggest blindsides in "BB" history.

If nothing changes from this point, he's absolutely right, only it'll be his face we'll want to zoom in on after Julie Chen reveals who's being eliminated Thursday night.

His is easily one of the most hilariously convoluted logic trains we've ever seen on this show, but it's so brilliantly obtuse and clueless it's tragically hilarious. He may well go down in "BB" history for this move, but only for so beautifully setting up his own demise.

The whole thing boggle our still spinning minds, including the entire Twittersphere and even "BB" legend Janelle Pierzina. 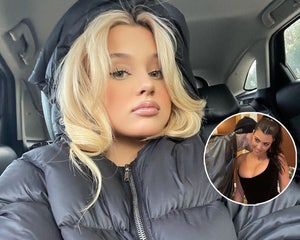 Why does Brent think he has the numbers?!! What in the world is that man thinking? 😳Dude, read a room #BB23

Brent is an SNL Parody of a Big Brother Player #bb23 pic.twitter.com/KVBuwQ81p3

Production doubling down on giving Brent this clown edit. Love that for us #BB23 pic.twitter.com/qrq6rYzLWi

Brent is getting the full clown edit #bb23 🤭🥸🤡 pic.twitter.com/HuLy6GbYIO

brent is right about one thing it will be a blindside 💀💀 #BB23 pic.twitter.com/QhoGaIw8uU

Brent is about to take Jozea’s spot as most delusional houseguest #BB23 pic.twitter.com/NgnmWX0TSF

BRENT IS THE MOST DELUSIONAL PLAYER IN BB HISTORY CONFIRMED #BB23 pic.twitter.com/cvT70Zi1AT

#bb23
brent: my team ride or dies with me
his team: pic.twitter.com/HbyvrMIWZo

i’m convinced production hates brent too because the way they keep letting this man look extremely delusional in the dr by saying he has the votes to stay multiple times is so funny to me #BB23 pic.twitter.com/ZEuymV5eec

The people who are going to vote him out: “Oh no”

Even Brent is on board to get Brent evicted this week #BB23 pic.twitter.com/hLTlxEob5U 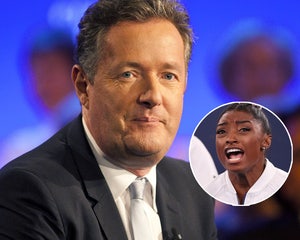 Tiffany Mitchell (40) remains the queen of this house. Tonight, she managed to smooth things over enough with Azah to keep The Cookout strong, and help the other realize that they're just playing their games differently, but still loyal. Tiffany is cool logic, and that can carry her very far, indeed. Grade: A+

Xavier Prather (27) definitely made it too clear in the POV that Brent was his target, but luckily Brent managed to take care of that possible drama all by himself with his delusions of grandeur. Xavier is still playing a very savvy game, he just sometimes overcomplicates it or doesn't think fully through the social implications of what he's doing. Grade: A

Kyland Young (30) is standing strong and savvy, clearly aware of the maneuvering within the game and seen as a leader of the Queens -- even though technically it's Claire. Between that, the Royal Flush and The Cookout, he's still sitting very pretty. Grade: A

Hannah Chaddha (21) kind of snuck up on us, but it also solidified something as we never quite understood why she wasn't part of The Cookout. Unlike any other alliance in the history of this game, The Cookout isn't strategy so much as it's an understanding. Representation matters, shared experiences matter and POC in this game are going to look out for one another as long as they can, periodt. We love to see it, and we also love that the rest of the House doesn't see it so they might carry it to the end. Grade: A-

Derek Xiao (24) is the unofficial seventh member of The Cookout. If the "understanding" should break down later in this game, he's the one most likely to latch onto the larger portion of it, benefiting from how well he's been working with them up to this point. Grade: A-

Azah Awasum (30) and Derek Frazier (29) are in an interesting position. The Cookout has proven to be the strongest alliance at this point in the game, so they're good in that regard. At the same time, though, both are bristling under the choices being made by former HOH Kyland and Xavier this week, putting their Teams above their alliance. That could hurt them at some point, even if it's after everyone else is gone. Grade: B+

Christian Birkenberger (23) proved the value of his allegiance to both the Kings and the Royal Flush by working right alongside Xavier in the Veto this week. And when he secured victory, he helped Xavier execute his original plan by not using it. This elevates his position well within the non-Cookout portion of the Flush. Grade: B-

Alyssa Lopez (25), Claire Renfuss (25) and Sarah Beth Steagall (27) make up the rest of the non-Cookout Royal Flush members, so they're in a good enough position for now, but not for very much longer as that only leaves three people not in either. If The Cookout is the dominant alliance -- and we believe it is -- this group and Christian will be next. Grade: C+

Whitney Williams (30) is more alone in the House than even she realizes. She is one of three people not aligned at all with the Cookout or Royal Flush, and one of those three is about to get evicted. If she and whoever doesn't get cut don't pull off an HOH win, she'll likely see the Block next week, and could well be the target. Grade D+

Britini D'Angelo (24) is a pawn this week, but her time in the House is very limited beyond this week (maybe two weeks more at most). She needs to pull of a huge HOH win, or start taking comps to keep herself alive. It seems to late to upset existing alliances, so even though she's well-liked, it probably won't be enough. Grade: D

Brent Champagne (28) is poised to be a part of "Big Brother" history ... for all the wrong reasons. We can't wait! Grade: D-