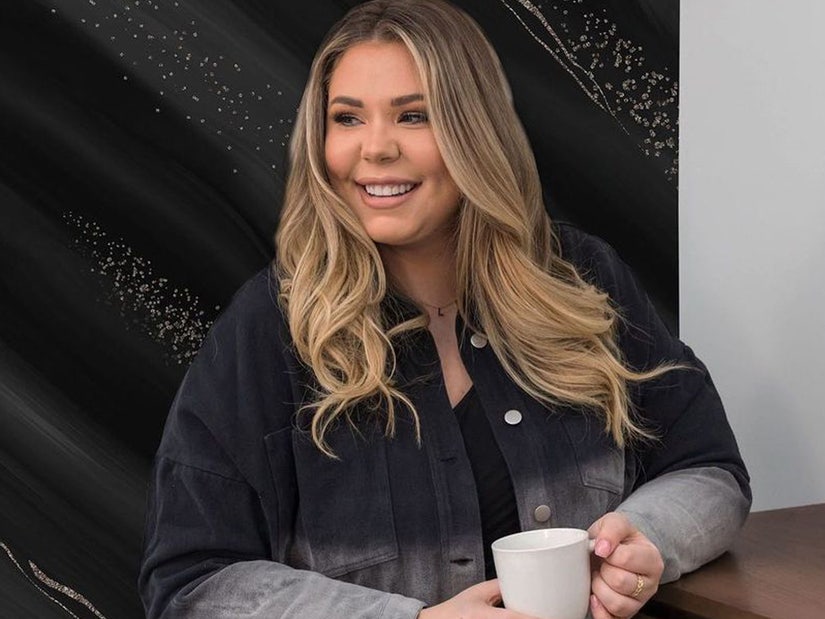 Lowry's podcast cohost and one of her exes have since tested positive.

Kailyn Lowry and her family have come down with Covid -- and, for some of them, it's not the first time.

The "Teen Mom 2" star and her "Baby Mamas No Drama" cohost Vee Rivera -- wife of Kail's ex and the father of their 11-year-old son Isaac -- revealed they were both battling the coronavirus on the latest episode of their podcast.

"For those of you guys listening who don't know, Vee and I have Covid," shared Lowry at the top of the episode. "We're Covid queens," joked Vee, before Kailyn apologized for possibly spreading it among them.

"I am so sorry. I think, honestly, we brought it home from the Dominican Republic," she explained, saying that she and her family tested negative while on vacation and again after returning. She said she is tested regularly by MTV in order to film the reality show, but quickly started to feel like she had it. "I knew because I felt like s--- all week," said Lowry, "once I lost my taste and my smell, I knew what it was. I knew."

"I think it was the same for me. I was with you Sunday and I was perfectly fine," said Vee, who at first thought she just caught a cold or was worn out after spending the day with her family at a water park. Then, however, the virus "took [Vee] out," as she said she was "in bed all day" and "Feeling like straight up s---."

Though local testing appointments were all booked up, she eventually picked one up to do at home and tested positive.

"I felt bad, we were on vacation. I would not have been around people if I knew I had Covid, but I tested negative twice," Lowry reiterated, before revealing this is actually the second time she's had it. She said she got it in 2020 after a trip to Iceland -- and said son Lincoln had it in March of this year, before catching it again now.

Lowry said she also didn't hesitate to send Lincoln over to his father Javi Marroquin's house after the boy initially tested negative. But then, "sure as s---, [Lincoln] tested positive" -- and now Javi has it too. "I don't even know how this happened," she added.

Vee opened up a bit more about her battle with the illness Monday on Instagram, revealing Jo was not sleeping with her and joking she was the "cootie queen" of the house. "I wanna be able to kiss my husband. I'm miserable," she said, adding that losing her sense of smell and taste "is the worst" part of it all.

"I'm grateful that I don't have these crazy symptoms and didn't end up in the hospital," she added. "I am 100% vaccinated, so that could have helped me."

It's unclear whether Lowry is vaccinated, though she made headlines in 2020 when a fan asked whether she would get a vaccine for herself and her children if and when one was readily available. Lowry, who was pregnant at the time, replied by saying, "Absolutely not."

"Teen Moms" costar Leah Messer appears to have also been on vacation with Lowry in the Dominican Republic, though she hasn't posted anything about coming down with Covid. On Monday, however, she did make it clear on her Instagram Story that she has been vaccinated.