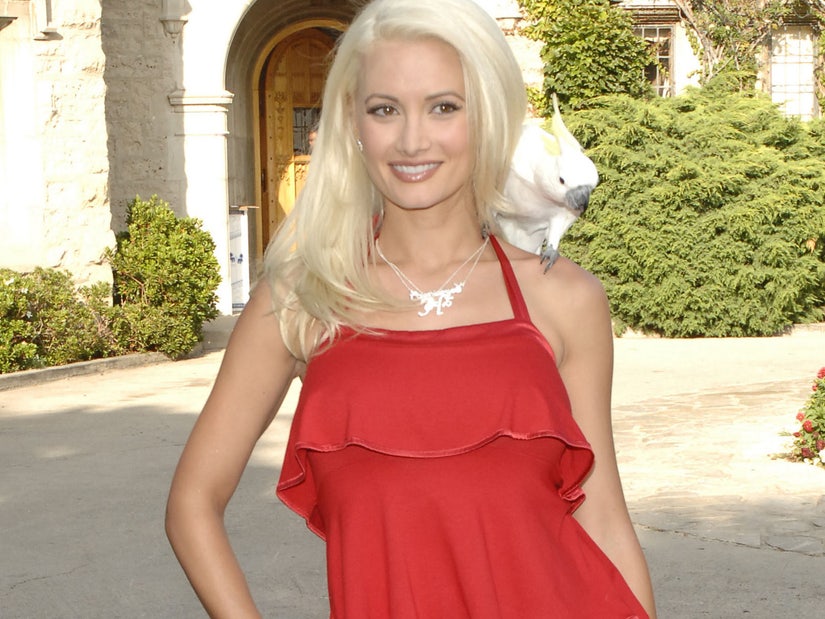 Hef's ex says even her new home has "all kinds of voices and door opening and disembodied voices."

The Playboy Mansion is consistently filled with Bunnies, celebs and staff, but one-time resident Holly Madison said she never felt alone for other reasons.

In a new interview with Nylon, the former girlfriend of Hugh Hefner dished on the legacy of the famous abode being haunted, while she recounted her own experiences with the paranormal after living there for seven years.

"The mansion is a home that's very intriguing for so many reasons," Holly said. "People talk about it being haunted. There's all these weird urban legends like trafficking tunnels. It takes on a life of its own."

Back when she was filming the reality show "The Girls Next Door" with Kendra Wilkinson and Bridget Marquardt, Holly said she saw a ghost in the basement gym. The apparition appeared in the form of a modern woman wearing "a hot pink sports bra and black workout pants" who crossed in front of Holly, walked around the corner and then out through a door. Holly, who thought the woman was a visiting Playmate, followed her, only to find the door led to a small closet.

"I never saw that woman again in my life," Holly maintained.

Bridget also detailed her run-in with a specter to the outlet, saying she spotted a "very pale, very thin" woman with "long, stringy black hair" standing in her closet who suddenly disappeared. Bridget decided it was the ghost of Joanie, the mansion's "house mom" who had died of cancer.

Another incident involved both Holly and Bridget, who were hanging out together in a bedroom when Holly brought up her desire to have more evidence of the mansion being haunted. Immediately, the TV turned on by itself, per the pair.

"Even though I'd seen that weird thing with the disappearing woman in the gym, sometimes when those things happen, you try to rationalize them away," added Holly. "For me, it took a bunch of different experiences before I thought 'OK, there's something weird going on here.' I said I wish I had more proof it was real, and right away when I said that, her TV turned on by itself and the volume went all the way up."

Even now, after moving out of the mansion in 2008, Holly still feels a paranormal presence surrounding her.

"I don't know if it’s something that follows me around," she mused. "My house in L.A. is almost 100 years old. There's all kinds of voices and door opening and disembodied voices. I enjoy it, though; I like the entertainment."