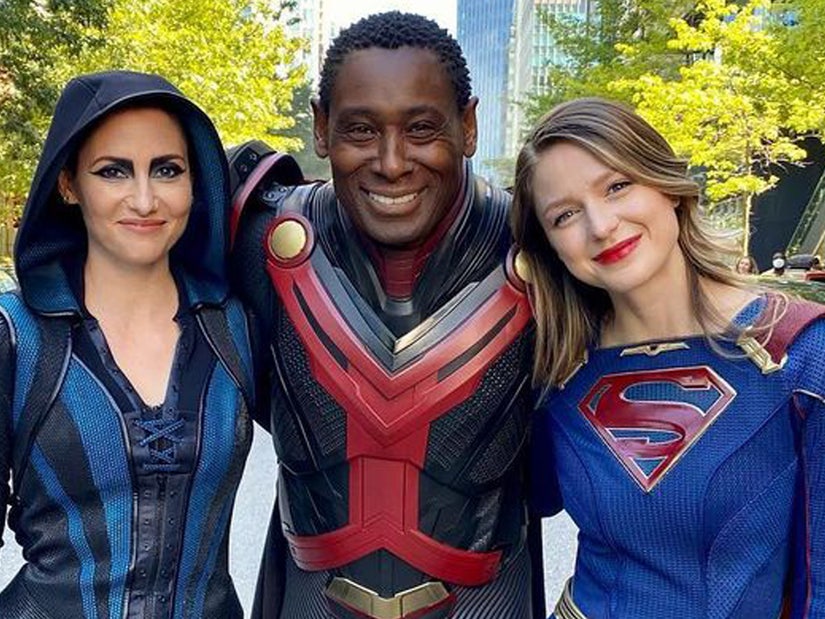 The actress took over the iconic role in 2015.

Melissa Benoist bid farewell to "Supergirl" as she wrapped production on the sixth season of the show.

Taking to her Instagram on Friday, the actress marked the occasion by sharing a photo of herself in costume alongside cast members Chyler Leigh (Alex Danvers) and David Harewood (Martian Manhunter).

"Thank you for an incredible 6 years — the cast who became family, everyone who worked on the show, all of you who watched us week after week," she wrote. "That's a wrap on @supergirlcw."

Benoist took on the iconic role in October 2015 when it premiered on CBS. The show would be picked up by The CW for its second season, eventually leading Benoist to appear on the network's other superhero series for crossover episodes.

When it was announced back in September 2020 the superhero drama would be bowing out after its upcoming season, Benoist shared her gratitude for being able to play such an inspirational role.

"To say it has been an honor portraying this iconic character would be a massive understatement," she wrote on social media. "Seeing the incredible impact the show has had on young girls around the world has always left me humbled and speechless."

"She's had that impact on me, too," she continued. "She's taught me strength I didn’t know I had, to find hope in the darkest of places, and that we are stronger when we're united. She has changed my life for the better, and I'm forever grateful."

The final season of "Supergirl" will begin airing on Tuesday, August 24 on The CW.