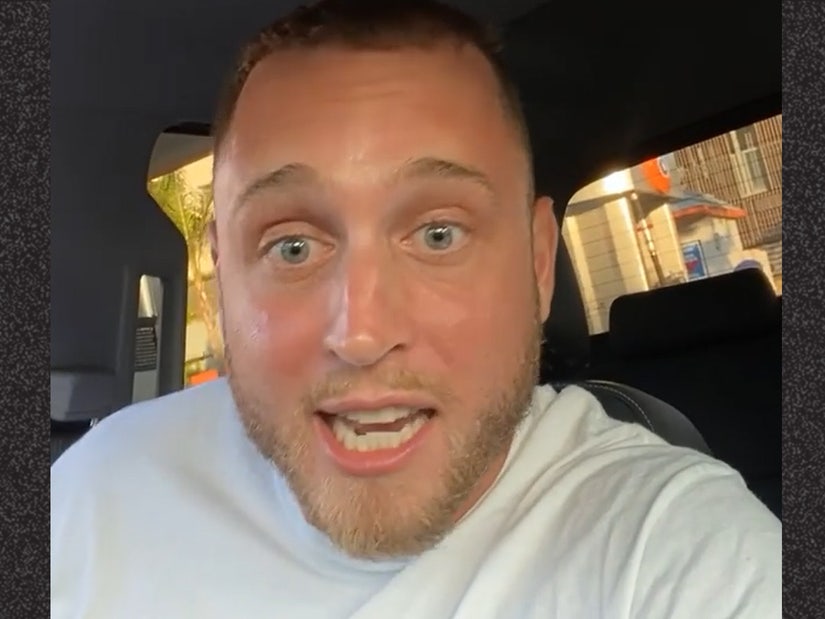 "There's more evidence for UFOs being real than that vaccine being healthy for you."

After a day of backlash for posting a video in which Chet Hanks said he wouldn't be getting vaccinated, he responded to criticism with another anti-vax rant.

"I'm gonna keep this real simple for you guys, real simple. Just like you had the right to be mad at me 'cuz I said I'm not gonna get the vaccine ... I have the right to not get that s---," he said in a clip posted Wednesday. "I wanted to, but my immune system said it's good, it doesn't need to be tampered with. It said it's good."

"Let's be real, 99% of you motherf---ers wouldn't use a shampoo that's not FDA approved, but you're willing to get some experimental government injection? Okay," he added. "There's more evidence for UFOs being real than that vaccine being healthy for you."

So far, Pfizer, Moderna and Johnson & Johnson have all been authorized for emergency use by the FDA. Full approval of Pzifer is expected as soon as this month.

It does appear Hanks lives in Los Angeles County, which has started taking a stronger stance against the unvaccinated. Many bars and restaurants have started asking for proof of vaccination or a recent negative Covid test, while the city of Los Angeles is inching toward requiring proof of at least one dose of the vaccine to enter restaurants, gyms and other indoor spaces like stores, concert venues and movie theaters.

Chet Hanks -- the son of Tom Hanks and Rita Wilson, two of the first stars to disclose they actually had the coronavirus -- went on an anti-vax rant Monday on Instagram.

For a second there, it seemed like Chet was actually doing the responsible thing by urging his half millions followers to get the Covid-19 vaccination ... until this video took a turn.

"Hey guys, so just checking in. I've been kind of on the fence about this for a while, that's why I never spoke on it, but with the amount of people I know recently that have gotten Covid and with the numbers rising, I think it's important for me to say I got the vaccine," he began.

"I think everybody should. I think it's really important we all do this as citizens, as Americans, we have to look out for each other and get this s--- under control," he continued. "I suggest to all my followers, you guys, set an appointment and get the vaccine first thing ..."

With that, his demeanor then changed, as he began yelling into the camera his true feelings.

"If you're sick, stay inside. Why we working around y'all?" he added. "If you're in danger, stay your ass inside, I'm tired of wearing a motherf---ing mask!"

In his Stories, he also said he lied to a Barnes & Noble employee about being vaccinated after his mask started slipping. He then shared another Story reading, in all caps, "The vaccine should be a choice not a requirement to perform our basic rights yeah I said it!!!!! Be as mad as you want IDGAF!!!!"

Hanks' comments were flooded with messages from his followers reminding him that his own parents battled the virus. Both Tom and Rita have been open supporters of getting vaccinated as well.

Others, like "RuPaul's Drag Race" alum Gia Gunn -- who called Covid a "hoax," before apologizing for her comments and ultimately catching it herself in July -- praised Hanks' stance.

"I was very tired, I was extremely achy, uncomfortable didn't want to be touched," Wilson said of her experience with Covid. "Chills like I've never had before. Looking back I also realized that I was losing my taste and smell. I didn't realize it at the time."

Wilson said her fever reached "close to 102 about day nine."

While Wilson said Hanks had milder symptoms -- including a lower grade fever and didn't lose his sense of taste or smell -- it still took them the same amount of time to recover from the virus.

The couple were two of the first celebrities to reveal they had tested positive for COVID-19. Wilson and Hanks announced their diagnosis last year while the two were in Australia, where Hanks was filming Baz Lurhmann's Elvis Presley biopic at the time.

When asked how they contracted the virus, Wilson explained. "It was somebody, they said, that Tom and I were exposed to at the same time. We don't know when they could have been or where. But all I can say is, all of our close contacts, family, on our work team, no one has tested positive." 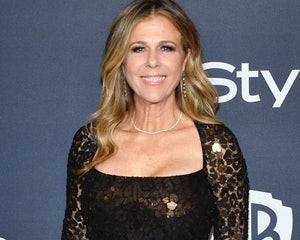 Rita Wilson On 'Extreme' Chloroquine Side Effects, How She and Tom Hanks Contracted COVID-19