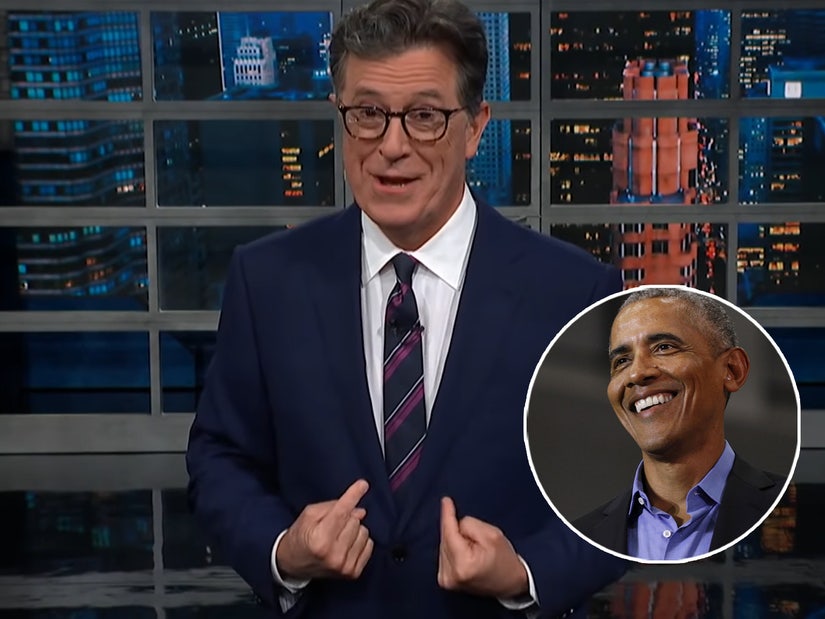 After a two week break, Stephen Colbert opened his show with a monologue detailing the current state of the world. He addressed the incoming fourth wave of the Coronavirus, the environmental impact of wildfires in both Northern California and Greece, and the speculation of whether or not he and his wife Evelyn went to Barack Obama's birthday party.

"Naturally, there's one question on everyone's mind. Did I go to Barack Obama's birthday party?" he asked coyly. 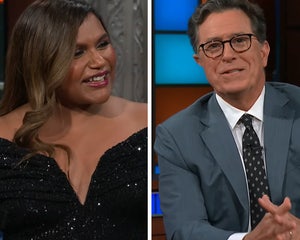 Over the weekend former President Barack Obama celebrated turning 60 with an exclusive birthday bash in Martha's Vineyard. The New York Times had released an article detailing which celebrities were and were not invited to one of the hottest events of the summer.

Even among the vaccinated, The Times article wrote, "some invitees were treated to a cold dose of reality when they were abruptly cut from the guest list — while some of the boldest names were not."

"A hot ticket is what it was -- but given the whole pandemic thing and the Delta variant, a celebrity mosh pit was maybe not the wisest choice", Colbert said,  "So Obama decided to scale back the guest list for his party. He was forced to limit the invites to only his closest Beyonces." 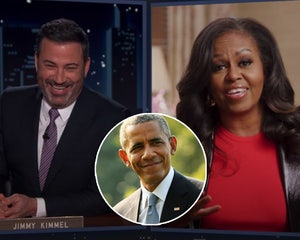 While news outlets reported that late night talk show hosts, David Letterman and Conan O'Brien would be cut from the guest list, they also reported that Colbert would still be in attendance which caused major speculation on whether or not "The Late Show" host was actually invited.

"I know what you're thinking. So Steve, what was the party like?", Colbert asked the crowd during his opening monologue, "I don't know, I didn't f--king go."

Colbert also addressed some of the inaccurate stories that were circulating about the former President's party.

The Boston Herald reported that the Colberts would be staying on their property in Martha's Vineyard for Obama's 60th soiree.

"[This] of course leads us to the question, Steve, what's your house like on Martha's Vineyard?" Stephen retorted, "I have no idea. Boston Herald, could you please send me the address and the keys and maybe the alarm code because I'd love to stay there someday. I don't own a house on Martha's Vineyard."

"The Late Show" host later cleared up rumors and shared that since their flight and hotel bookings were non-refundable, Colbert and his wife Evelyn decided to take the trip anyways.

“I guess that's why the press thought I was still invited because the Daily Mail spotted me at the airport in all of my celebrity glamour,” he said.

Stephen also gave the crowd some lovely advice, "It just goes to show you kids that if you work hard, put in your time and get to be the number one show in late night television, you too can get disinvited from the cool kids party."

Colbert ended this portion of his opening monologue stating that his own 60th birthday would be approaching in three years and that when the time comes he would be honored to have the former President attend.

"I'd be so honored if you came! I'll scale mine back to make room for you and Michelle!" he exclaimed.