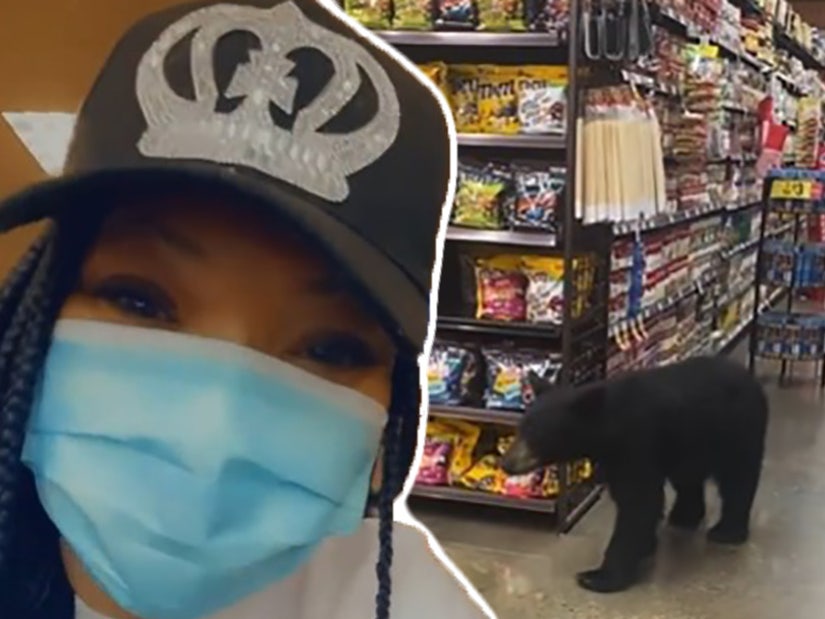 "The calm that you see on my IG is really panic, straight panic," says Campbell.

Tisha Campbell played it cool over the weekend when she casually shared with her Instagram followers video of her bizarre bear encounter in a local grocery store.

We say the former star of "Martin" and "My Wife and Kids" played it cool, but that only lasted until she made it safely to her car when she absolutely unloaded, clearly filled with anxiety, fear and all kinds of adrenaline.

But in the store, where she showed footage of the bear walking casually down the aisle, Tisha was cool, calm and collected -- which was probably the right move. The bear was totally chill about being in this store, so no reason to get it riled up.

As she explained in a new interview with ET, there was another reason she appeared so relaxed about the whole thing in the video. "So the calm that you see on my IG is really panic, straight panic," she said.

"But I have to always think two steps ahead. Thank god my mother taught me how to play chess," she continued. "When I got into my car I got to let it out."

That included a hilarious tirade about her close encounters with wildlife, including speculation that maybe up next for her would be a run-in with a hippopotamus.

"I have been having some type of animal attraction these days because I just left Arizona running from a bobcat," she told the outlet. "Then there were at my hotel room coyotes surrounding my hotel room howling… And then I come home and then there's a bear in the store!" 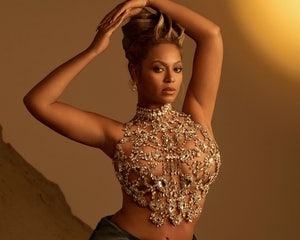 Beyonce Opens Up About Why She's So Private

Even so, Tisha has since realized that she was clearly not thinking straight, because even with the bear in the story, she took the time to pay for her groceries before heading out to her car.

"Oh that's so dumb, I should've just dropped the cart and just ran out while he was distracted," she said, laughing at herself. "But I just got nervous because that looked like a baby bear to me, it didn't look like a full-grown bear. So where there's a baby there's a mama."

As she said once safely in the car, she was stunned to find the bear in the grocery store in the first place as she wasn't shopping in a rural or lightly populated area. "I've never seen a bear in this area. It's a very urban area," she explained. "There's a lot of people, a lot of houses."

According to ET, the bear finally made its way out of the store and hid out under a trailer until wildlife officials were able to secure the animal and take it to Angeles National Forest.