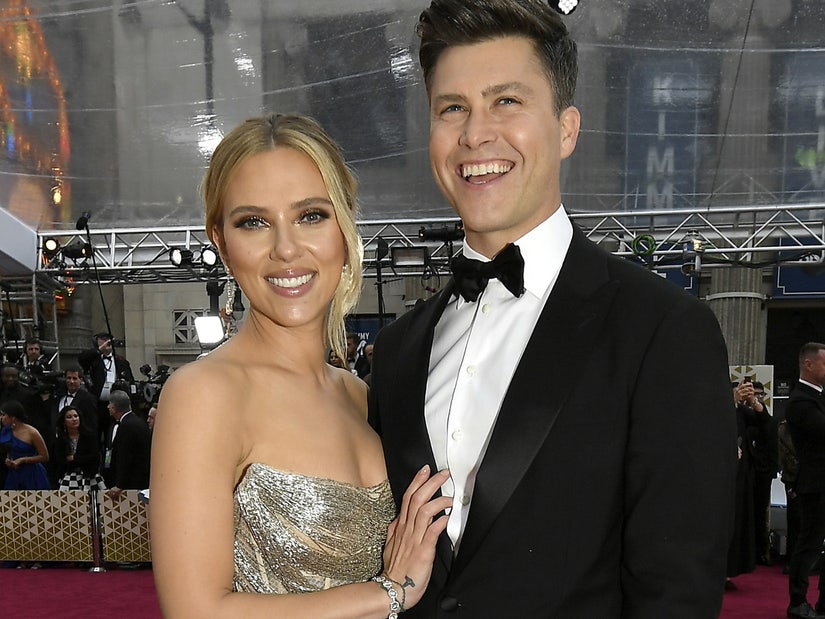 The child is Johansson's second and the first for the couple.

Scarlett Johansson and Colin Jost are the proud parents of a newborn.

Jost also confirmed the news on Instagram, writing, "Ok ok we had a baby. His name is Cosmo. We love him very much. Privacy would be greatly appreciated." Johansson's publicist also confirmed the information in Jost's post with TooFab, while PEOPLE was first to announce the birth.

Colin also joked all inquires should be directed to their publicist, before tagging Jost's "SNL" Weekend Update cohost Michael Che.

The baby is the first for the couple, while Johansson shares six-year-old daughter Rose Dorothy with ex-husband Romain Dauriac.

Fans have been running with rumors that the "Avengers" star was pregnant for months now, with those rumors gaining real traction in the lead-up to the release of her first solo film for the Marvel Cinematic Universe "Black Widow."

Johansson is both the star and executive producer of the long-awaited and long-demanded film in the MCU franchise, though she missed the big red carpet premiere on June 29, leaving her co-star and heir apparent to the role Florence Pugh to pick up the baton and do the heavy lifting.

Jost only confirmed the pregnancy this past weekend, reportedly dropping the news during a stand-up set at the Ridgefield Playhouse in Connecticut. "We’re having a baby, it’s exciting," he said, per Page Six.

Jost, 39, and Johansson, 36, first met when she hosted "Saturday Night Live" back in 2006, and they would see each other periodically over the years. It was when she came back for a cameo appearance during the 2017 finale as Ivanka Trump that the stars finally aligned.