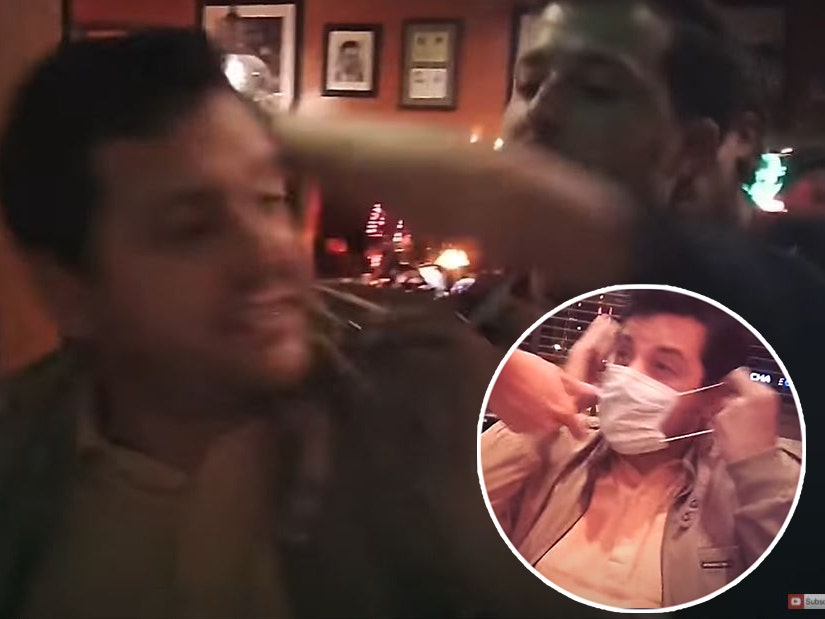 Patrons being thrown out of restaurants for not wearing masks have become common sights throughout the pandemic; but in one California eatery, the opposite is the case.

Basilico's Pasta E Vino in Huntington Beach is a self-styled bastion of non-compliance with Covid safety precautions; when comedian Ben Gleib went to put their stance to the test, he ended up out on his ear.

In a secretly recorded video shared with The Young Turks, Gleib can be seen trolling the waiters, pretending to be among the patrons who appreciate the establishment's "fight for freedom."

"It's nice to have a place that kind of puts their foot down for freedom and says 'we don't care about this deadly virus, we're gonna put our foot down and just do it our way,' isn't that cool? I love it," Gleib probes, but the waiter doesn't immediately sense the facetiousness.

"It's all about freedom, right?" the waiter thinks he agrees.

After asking the employee about backlash, he's told only "cowards" only complain on the phone: "they never really show up."

Throughout the mask mandate, the restaurant — which accepted PPP funds from the government — staunchly opposed it, even telling patrons they would be refused for wearing one.

"So to be clear, if you enter the restaurant for dine in, and want to wear a mask, you must remove it when sitting down," one of its Facebook posts warned last year. "If you are standing around inside and waiting for a table, or waiting inside to pick up food for yourself or as a third party delivery driver, and you are wearing a mask, you will be asked to wait outside."

More recently, it posted a sign saying it would demand proof of diners being unvaccinated before entry.

Indeed, the tone swiftly changes when Gleib puts on a mask while sitting at his table — and is immediately asked to leave. 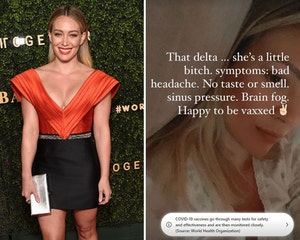 The staff member then snatches the mask off Gleib's face.

"I've been vaccinated! I'm sorry I didn't put anybody at risk!" Gleib protests, but he is roughly frogmarched to the door and thrown into the street.

As he's pushed outside into the carpark, one diner even calls him a Nazi Brownshirt; not "because I don't want to infect people?" as Gleib calls back. "No because you're a moron," the patron replies.

Gleib told the studio he "most likely" wasn't pressing charges because of the alleged assault, "because I'm able to handle things and I'm not a baby; I can even handle cloth on my face."

"YOU ARE ALL AMERICAN TRAITORS," he wrote on Basilico's Pasta E Vino's Facebook page Friday. "YOU ARE ACCOMPLICES TO THE DESTRUCTION OF OUR NATION OVER THE LAST EIGHTEEN MONTHS. YOU ARE AMERICAN TRAITORS ... ENEMIES OF AMERICAN LIBERTY AND FREEDOM!"