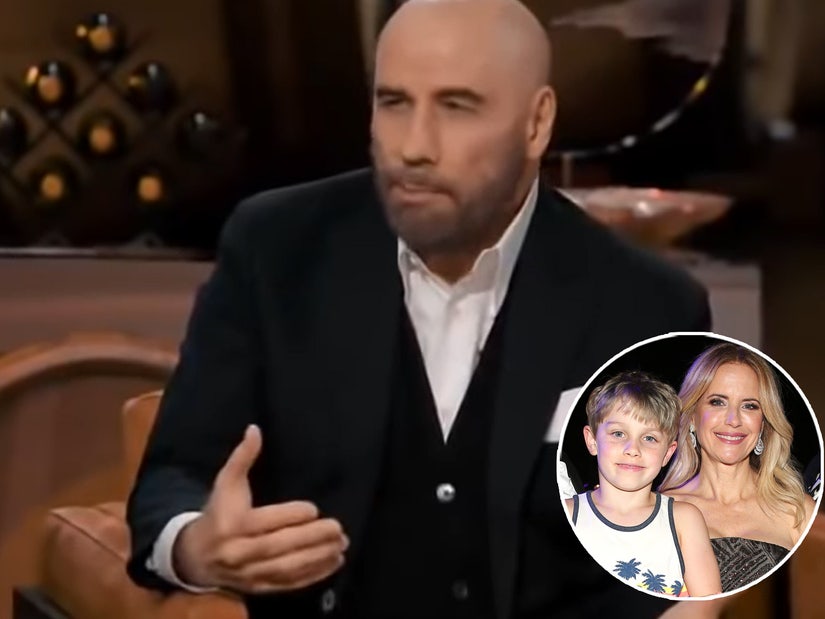 "I could die tomorrow. You could. Anybody can," the actor recalls telling his 10-year-old son.

John Travolta is recalling a conversation he had with his son Ben following the tragic death of his wife Kelly Preston, who passed in July 2020 at the age of 57 after a battle with breast cancer.

During an appearance on the latest episode of Kevin Hart's Peacock series "Hart to Heart," the actor detailed a discussion he had with Ben, 10, about death after Preston passed. 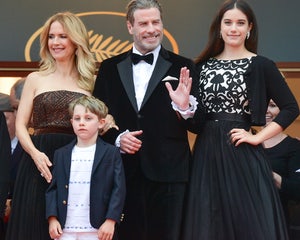 While on a late-night walk in their neighborhood, Travolta, 67, said Ben expressed to him that he was worried he was going to die too.

"He said to me once. He said, 'Because mom passed away, I'm afraid you're going to,'" Travolta recalled to his "Die Hart" co-star. "I said, 'Well, it's a very different thing.' And I went through the differences about my longevity and her limited life. I said, 'But you know, Ben, you always love the truth and I'm going to tell you the truth about life. Nobody knows when they're gonna go or when they're going to stay.'"

"I said, 'So let's look at [it like] it's part of life,'" Travolta added. "'You don't know exactly. You just do your best at trying to live the longest you can.'" 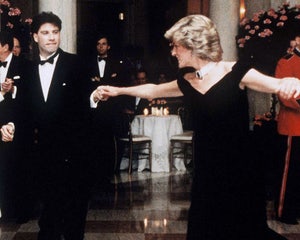 Also during their late-night walk, Travolta said he spoke to his son about how his view on life has changed since he turned 60.

Travolta said Ben then asked him if he remembers 30 years ago.

"This is a 10-year-old telling me that!" he added. "It changed my viewpoint and I realized that it's about viewpoint in life that allows you to settle down about something." 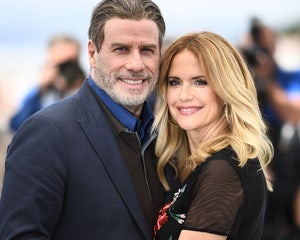 Travolta and Preston tied the knot in 1991. Preston's death followed the 2009 loss of the couple's 16-year-old son Jett, who died after suffering a seizure. In addition to Ben and Jett, Travolta also shared 21-year-old daughter Ella with Preston.

Travolta and Ella both posted touching tributes to Preston on Mother's Day back in May -- their first without Preston.

Travolta shared two family photos to Instagram -- one of him, Preston, Ella and son Ben shortly after the boy's birth and another of Preston and Jett.

"Dearest Kelly, you brought into my life three of the most wonderful children I have ever known," he captioned the post. "Thank you. We love and miss you. Happy Mother's Day."

Meanwhile, Ella posted a sweet photo of herself and her mother from her childhood, writing, "Mama, thank you for all you have done for us and for this world. I miss you and love you very much, but your smile, warmth and love is ever lasting. Wishing all of the moms a happy Mother's Day."