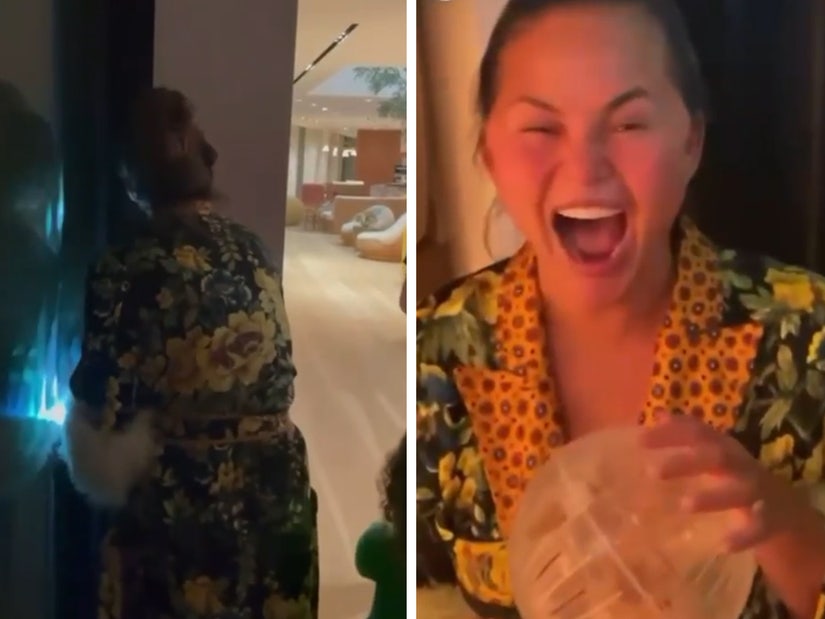 Peanut Butter's "faint scratching" had the supermodel on a mission.

Chrissy Teigen is quite the multihyphenate and she can now add hamster-rescuer to the list.

The supermodel took to her Instagram on Monday to share a video (below) of her harrowing mission to save the family's pet, Peanut Butter, after the fuzzy rodent went missing inside their Beverly Hills mansion.

"Rescue 911," she captioned the three-minute clip. "Peanut butter the hamster has been missing for 3 days. Is he in the wall??? Let's find out."

In the video, Chrissy, dressed in a robe, uses a flashlight to investigate behind a wall in their home after hearing "faint scratching."

"Yeah, there is a hole in the wall," Chrissy proclaims. "There's wires," she adds, as an assistant tells the star's five-year-old daughter Luna, "She's using [the wires] like a rope to climb."

After Chrissy is discouraged from attempting to hammer a hole in the wall, she turns to a chisel to make a small opening.

However, Peanut Butter retreats further into her makeshift new home. Chrissy then holds a plastic hamster ball to the hole, where Peanut Butter eventually made her way safely out of the wall. The cookbook author is quickly overcome with joy at the successful liberation.

No word yet on what tactics Chrissy will use if their bearded dragon Sebastian -- purchased in 2020 for her son Miles' second birthday -- happens to escape.