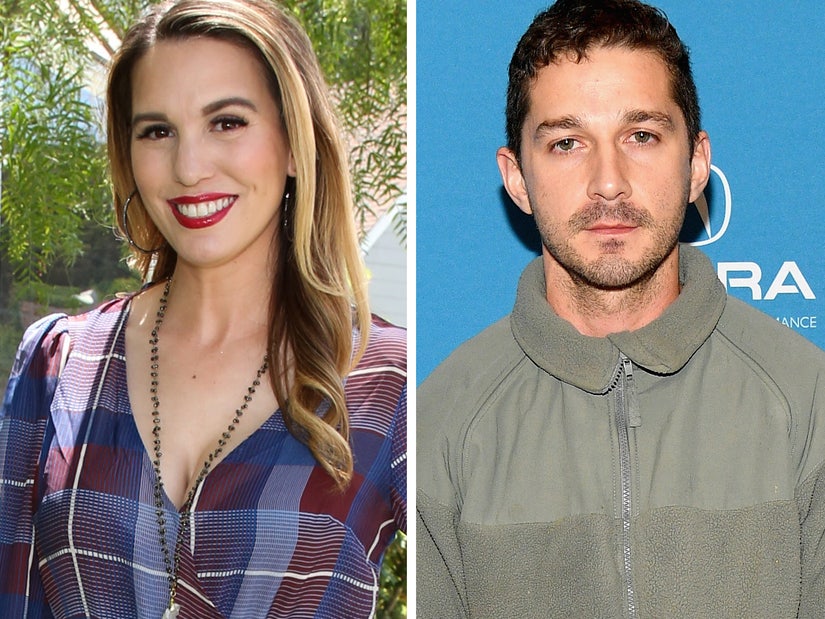 His Even Stevens costar also admits to being "salty" over his success in the past.

Christy Carlson Romano is opening up about her past and current relationship with her former "Even Stevens" co-star Shia LaBeouf.

In a video shared to her YouTube channel on Tuesday, the Disney Channel alum explained why she doesn't talk to LaBeouf anymore, sharing that she was once "a bit salty" watching her on-screen brother's success in the industry.

Romano, 37, said that while she and LaBeouf, 35, had "very good on-screen chemistry," they "weren't really close" off-screen. In fact, the actress admitted she's not sure if she and her co-star "were ever really friends."

"Everybody always asks me this question. If we're still in touch and we're still friends," Romano began in the video. "To be honest, I don't even really know if we were ever really friends, but we were co-workers. We had this sort of like very good on-screen chemistry. People assumed that we were in real life, brother and sister and that in real life, I had an influence over what this guy did."

"Watch 'Honeyboy' and it's like, he's a completely traumatized young man at the same time that I'm working with him," she continued, referencing LaBeouf's 2019 autobiographical film about his childhood and real-life relationship with his dad.

"I'm honored that people would think I would still be in touch with him because it means that we really did a good job of making you guys think that we were real-life, brother and sister, but in reality, it just wasn't like that," Romano continued. "We weren't really close."

The "Cadet Kelly" star went on to recall her first meeting with LaBeouf, whom she described as "cool, "wild" and "crazy," adding that he "always had so much confidence." However, Romano then explained why they had some "animosity" toward one another.

"I took my job very seriously. You know, getting into character, remembering my lines, had a great time building this character. But over time it became a job," she recalled. "And you know, you're tired from doing other things, trying to have a social life. I think he was dealing with so much more. I mean, honestly, when I look back, I just feel stupid. I know I'm not stupid because I care. And I think I did care even then. And I think that's why we had a little bit of animosity. I always wanted him to really appreciate what I gave to him."

The "Kim Possible" voice actress then brought up how LaBeouf won the 2003 Daytime Emmy Award for Outstanding Performer in a Children's Series and thanked everyone at the "Even Stevens" table except for her, admitting that that "really hurt [her] feelings."

"He was on the podium. I was sitting there with the rest of our team and he thanked like everybody at the table, but he didn't thank me," Romano said. "But I was hurt at the time because I felt like since day one, it was him and me. It was, like, our show. But because it was so life or death or him, it was his show and I was just like around because I was a girl."

"It's kind of a silly little last moment to have with somebody," she explained. "It was one of those moments where I was just like, I didn't really know what else to say to him."

The mother of two went on to admit that in years after "Even Stevens" ended -- during which LaBeouf became a "huge star" -- she felt "frustrat[ed]" and was even "a bit salty" seeing his success.

"We went from seeing each other every day to then not seeing each other for years to him being this like huge star," Romano recalled. "For a while, I think the ghost of who Shia was and who he became was really frustrating for me."

"I didn't watch any of his movies. I couldn't. I couldn't bring myself to watch them…I was a bit salty," she continued, adding that LaBeouf had "gotten a better agent [and a] better manager."

"I kind of felt a little jilted by the whole situation," Romano said. "Here he is, making a big old splash in Hollywood. And here I am. I chose to go to college. And there's consequences that come [with] that but, like, there was definitely an undercurrent of regret, but also an undercurrent of comparison. Sibling rivalry, if you will."

However, the "Deadly Daycare" star shared that those feelings "really mellowed out" for her "over time"

"I never really stopped talking to him," Romano said. "I think we just went [down] completely different pathways of life. You know, we were put together expected to create art together and grow up next to each other, but it didn't make us family. And in a weird way, it also did make us a family because there's only like 1% of 1% of 1% of 1% of kids that are like working actors in a very specific part of their adolescents. So all the people that I know, I may not have seen them in years, but I guarantee if I saw him walking on the street, there would be a bond there that is undeniable."

"When you grow up with somebody in that particular way… you're bonded together. You can't help but want to see the person succeed," she added.

So will Romano ever talk to LaBeouf in the future? "That's a logical question to ask," she said. "People ask me that quite often, it's a complex answer though. I have a very specific life. I am sober. I don't drink alcohol, have a very specific amount of time and energy that I can put towards having anyone in my life. ... If I'm around somebody or taking the time to invest in a friendship, it needs to be with somebody that I can trust [and] understands and respects me on an equal level."

"I'm not sure how he ever felt about me. To be honest with you," Romano added. "He never really let me know. Sadly, I feel like there was a missed opportunity to bond. I have heard from other people that he stopped hanging out with people because he felt like their intentions weren't pure. I get that. And you become a megastar, you don't want to do that, right? You don't want to hang out with people that you can't trust, but it has nothing to do with celebrity and everything to do with your mental health."

Romano concluded by sending a message to LaBeouf.

"Shia, if you see this, know that I love you," she said. "I'm sorry that we didn't connect more when we were kids. And I really do hope that you are taking it one day at a time. Say hi to your mom for me, she's a wonderful lady. Be well, because I'll always love you."