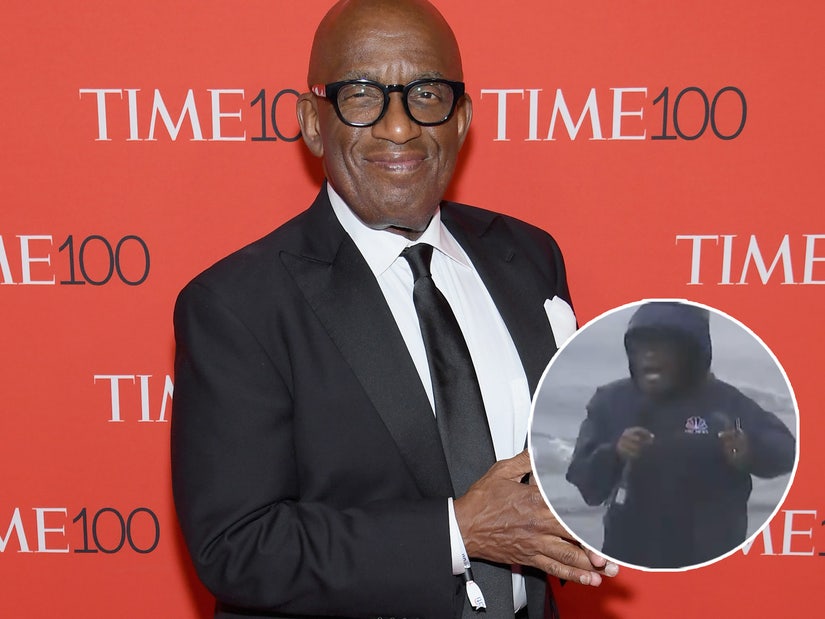 "I will drop them like a bag of dirt," Roker quipped.

Al Roker has some words for critics who say he's too old to be doing live hurricane reports.

As shown on Sunday morning's "Meet the Press," the NBC weatherman reported live from the scene in Lake Pontchartrain in New Orleans as Hurricane Ida, which was a Category 4 storm at the time, was about to reach landfall. Roker, 67, had his feet planted in water as waves splashed at his ankles, while the dangerous winds blew around him.

After seeing this shot, many on Twitter expressed their concern over the reporter's wellbeing, with some citing Roker's age and others blaming the network for putting him in danger. 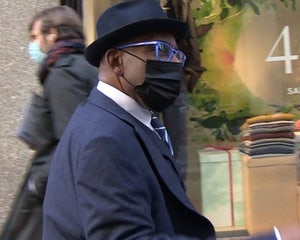 "[It's] not necessary @alroker. We get it. Go inside," tweeted actress Mia Farrow, while comedian Loni Love wrote, "If y'all don't get Al Roker out of there … lawwwddd."

Author Chuck Wendig wrote, "This is ridiculous, it's stunt theater -- get him inside or we're gonna watch Al Roker get vacuumed out to sea." Huffington Post reporter Phil Lewis tweeted, "Al Roker is almost 70 years old, why is this necessary?"

"Al Roker is 67 lmao nbc doing him dirty," a user wrote in a viral tweet and another person added, "Are we really still forcing Al Roker to stand in the middle of a lethal hurricane?? The man is a national treasure, how about we stop risking his life to have him tell us it's too dangerous to be out there."

While appearing on MSNBC's "The Sunday Show with Jonathan Capehart" later on Sunday morning, Roker addressed the critics, stressing that he "volunteered" to cover the hurricane. He also shared an epic comeback for those who claim he's too old to be out there.

.@alroker has a message for those who think he’s too old to stand outside in a hurricane! #SundayShow pic.twitter.com/v2RD6xA7ku

"'Why is NBC putting him out there?' I volunteered to come out here," Roker said. "This is what I do. I've done this for 40 years. Our crews, we all make sure we're safe. We're not going to do something that's going to put ourselves [in] harm's way. As much as I love the weather and I love NBC, I'm not gonna risk my life for it."

"'Well, he's too old to be doing this?' Well, hey guess what? Screw you!" he jokingly added, as Capehart burst into laughter. "These young punks. I will come after them. I will drop them like a bag of dirt."

Meanwhile, Roker also shared similar thoughts in a tweet. The "TODAY" co-host posted a video of himself taking off his rain boots, which were filled with water, in a bathtub.

"For all those who were worried about me out on #lakepontchartrain covering #ida," he wrote alongside the video. "a) I volunteered to do this. Part of the job. b) My crew and I were safe and we are back at our hotel and c) for those who think I'm too old to to be doing this, try and keep up."

Per NBC News, after hitting landfall on Sunday, Ida ravaged Louisiana, causing much of the southeastern part of the state to lose power, and leaving at least one dead. However, by late Sunday, Ida had downgraded to a Category 1 storm.

For all those who were worried about me out on #lakepontchartrain covering #Ida a) I volunteered to do this. Part of the job. b) My crew and I were safe and we are back at our hotel and c) for those who think I’m too old to to be doing this, try and keep up pic.twitter.com/DctJBFKD0D