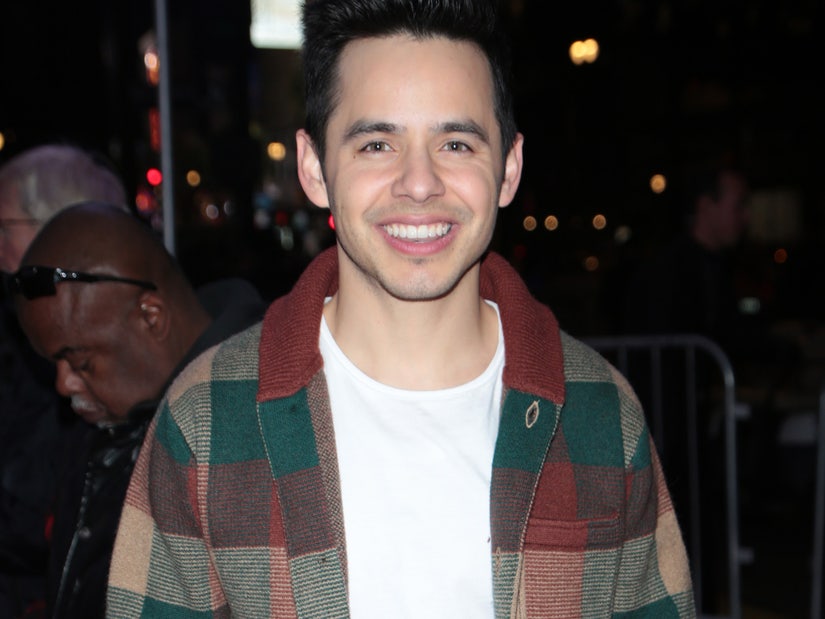 The 'American Idol' alum said he first revealed he was attracted to men to his Mormon mission leader.

David Archuleta opened up more about coming out as a member of the LGBTQ+ community, saying God told him to finally speak his truth.

In a recent interview with "Today," the 'American Idol' alum revealed he struggled with reconciling his attraction to men with his Mormon upbringing, until one fateful day when he sought help through prayer.

"I was literally outside doing my yard work, pulling weeds," he recalled. "I kind of went through a faith crisis for a month, when I was in the process of breaking up with this girl I was in a relationship with. But I felt so disconnected from everything. My anxiety had gotten so bad. I was like, 'I don't even remember how it feels to be close to God or to even have feelings for anybody.' Or, I don't even know how I feel about myself right now."

"When I had that prayer, God just said, 'David, you know I trust you, right? I want you to post about what you're going through right now.' And it was just so clear what I needed to say. I knew exactly what I needed to say but I feel uncomfortable saying it because I like to keep to myself, especially with this kind of stuff. But I just knew I had to."

After he shared his feelings in a lengthy Instagram post in June, the singer said he was overwhelmed by the positive response.

"I was shocked because I thought, 'OK, this is probably gonna be a bigger deal, maybe I'll get 30,000 or 40,000 likes, if that,' because I know this is a controversial topic and a lot of people have assumed things about me and tried to label me in the past," he explained. "But it exploded. I was just amazed at how supportive and loving everyone was generally, for the most part, and for me, it was just a huge tender mercy."

Another surprise was the response from his Mormon mission leader, who was the first person Archuleta told that he was attracted to men. Instead of being sent home from the mission or being told he needed to "fix" his feelings -- which Archuleta thought would happen -- the leader simply said, "This could be the most important day of your life, Elder Archuleta.'"

Archuleta went on to say he is sharing his experience in case others are struggling with their faith and their sexuality.

"I just want them to know they're not alone. I had so many direct messages from people who are in the same situation. So hey, it's OK. Even if it’s not clear how -- I know I’m still figuring it out -- you can make room for both."