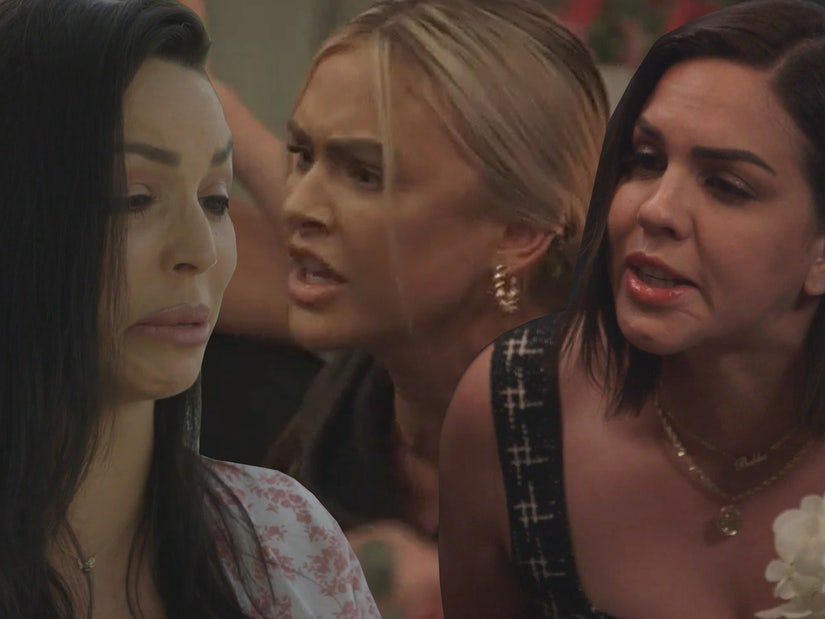 James calls his own fiancée Raquel "dumb" -- and that's not his only insult thrown at her.

The Season 9 trailer for "Vanderpump Rules" dropped on Thursday and fans should be ready for another explosive season.

Although the show lost some OG players, the returning cast made up of Lisa Vanderpump, Tom Schwartz, Tom Sandoval, Katie Maloney, Ariana Madix, Scheana Shay, Lala Kent, James Kennedy, Raquel Leviss and Charli Burnett appear to have picked up the slack on the drama department as insults are hurled, accusations fly and tears flow.

"Becoming a mother did something to me, I would say I'm pretty grown," Lala opens the clip, before it cuts to her screaming at one of her costars, "What the f--- is wrong with you?!"

James appears in the same mindset as Lala when he states he's "done so much self-reflecting" before becoming enraged, yelling at someone off screen, "Take your f------ words out your mouth and shove them up your f------ ass."

He also insults his fiancée Raquel when she tells him, "First and foremost, it's my body," as he replies, "I'm the one that has to look at your face." He later tells her and Charli, "You guys are so dumb you can't figure it out."

And by the end of the clip, the DJ screams at Scheana's fiancé Brock, "You're rude, you're obnoxious and I'm embarrassed for you."

Speaking of Brock, who welcomed a daughter with Scheana in April, the Australian native allegedly "hasn't spoken to" his two children from a previous relationship "in four years," if Lala is to be believed.

Meanwhile, Katie finds herself in the middle of drama between her husband and Sandoval, who are attempting to open another bar. "Listen to my f------ husband's ideas," she screams at Sandoval.

The trailer ends with Lala showcasing another epic burn. "I can't understand you," she says to Schwartz. "Oh, it's because Sandoval's d--- is in your mouth."