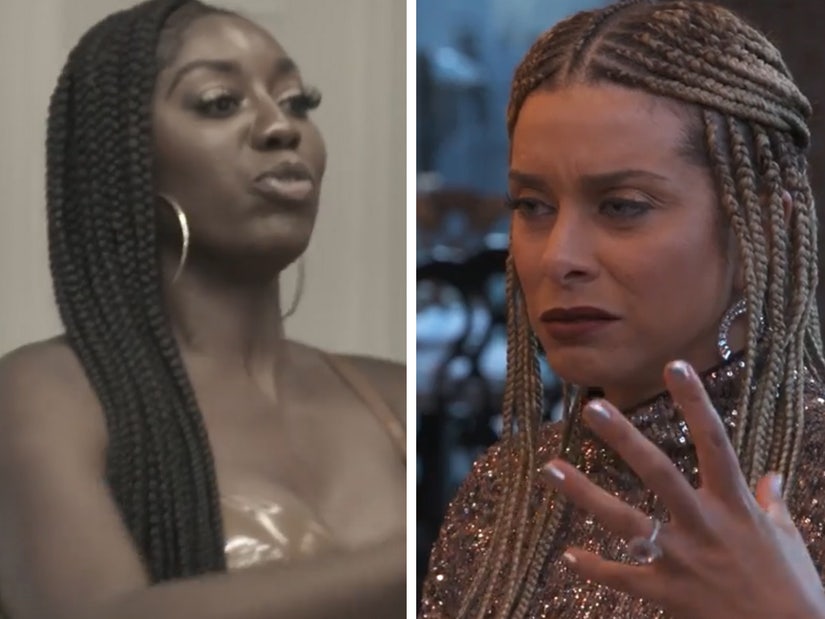 Gizelle asked Ashley if she made the situation worse by adding "hot sauce."

It appears the drama between Robyn Dixon and Wendy Osefo has not been put to bed, as Robyn still has certain feelings about the situation on the latest "Real Housewives of Potomac."

In an exclusive sneak peek of Sunday's episode, the ladies are lunching, sans Wendy, when Robyn's green-eyed bandit cohort, Gizelle Bryant, brings up the Wendy calling Robyn's relationship with her fiancé "non-existent." 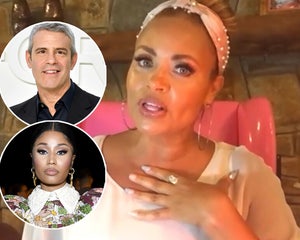 Although Candiace Dillard Bassett chimes in, saying she thought the Wendy and Robyn had "made up," Robyn gave her take, explaining, "I feel like we talked through everything, but in my opinion, it was still kind of unresolved."

She added in a confessional, "Although Wendy apologized for bashing my relationship, I still felt like I was getting like a snarky, condescending reporter and not a girlfriend. It's sad to say. I really thought we had something there, but clearly I was wrong."

As for Wendy thinking Robyn was only upset at her for coming after her BFF Gizelle, the mother of two said that was not the case at all. "I didn't have an issue with Wendy until she said what she said to me."

The blow up between Wendy and Gizelle was brought on after Ashley Darby approached Wendy, telling her that Gizelle had mentioned blog chatter regarding Wendy's husband being unfaithful.

So Gizelle took her opportunity at the lunch to find out what exactly Ashley said to Wendy by asking her if she had added any "hot sauce" to the situation.

Watch Ashley's response -- and Candiace's eye roll -- in the clip above!

And catch the rest of the "Real Housewives of Potomac" drama this Sunday on Bravo.