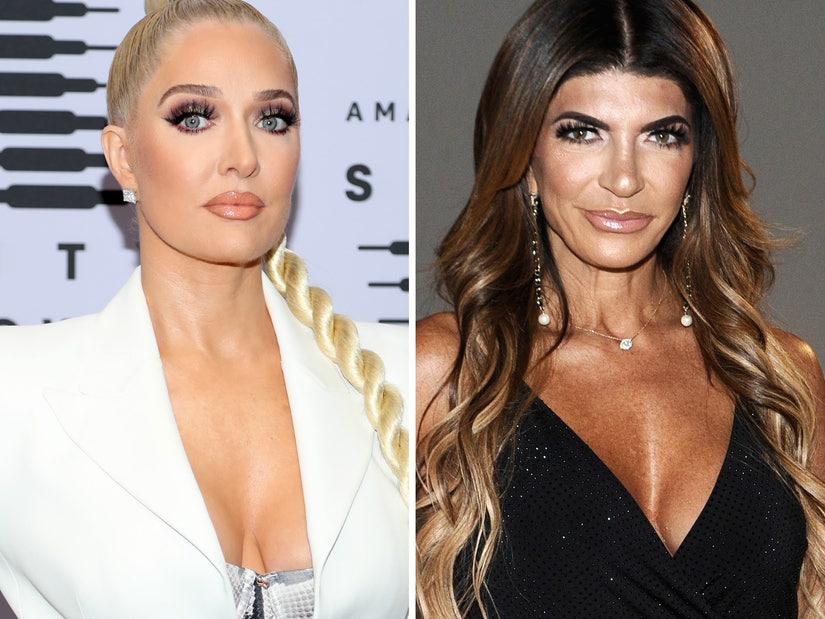 "There was no intent to commit a crime. I didn't know I was committing a crime."

Life isn't always as glamorous as it seems on television for the "Real Housewives." Beyond the mansions, parties, and designer clothing, these wealthy women often face a lot of struggles off screen — including major legal troubles. Through the years, members of the "Real Housewives" cast have found themselves in the middle of everything from bitter divorce proceedings to criminal financial activity.

Most recently, "Real Housewives of Beverly Hills" star Erika Jayne has made headlines for not only her divorce from ex Tom Girardi but also the reprehensible actions he has been accused of. While their legal battle is still unresolved, plenty of other Housewives have had their day in court and some have even served their time.

Here’s what went down for these Real Housewives...

Erika Jayne is the most recent Housewife to find herself in the middle of legal trouble as the drama unfolds during this season of "Real Housewives of Beverly Hills." Amid her split from ex husband Tom Girardi, accusations began surfacing that the highly regarded lawyer had been embezzling money from clients. A lawsuit was then filed against the former couple accusing Tom of misappropriating "at least $2 million in client money" owed to the families of the victims of a 2018 Boeing jet crash in Indonesia. She's also been sued for $25 million by the trustee handling Tom's law firm's bankruptcy case.

During "RHOBH," Erika has been candid about the experience and claims that she did not know about Tom's alleged wrongdoings, as she says she had no control over the couple's finances. She has also denied reports that the couple faked the divorce to help conceal her involvement in the case and protect assets.

While nothing has been settled in the lawsuit just yet, Erika has been called to testify on several occasions but has rescheduled and not yet testified in front of a judge. In June 2021, she was ordered to turn over her financial records and the following month, she hired a new attorney to represent her while, simultaneously, former clients of Tom were given permission to move forward with collection efforts against Erika.

"Real Housewives of Salt Lake City" star Jen Shah and her assistant Stuart Smith were arrested in March of 2021 for their alleged role in a nationwide telemarketing scheme. Prior to her arrest, Jen claimed that she owned three different marketing companies that were involved with "lead generation, data monetization, and customer acquisition." But according to a Homeland Securities press release, Jen defrauded hundreds of people by selling "lead lists" for fictitious business opportunities.

The duo were booked on charges of conspiracy to commit wire fraud in connection with telemarketing and conspiracy to commit money laundering. The following month, Jen appeared in front of a judge and pleaded not guilty. She was released on a $1 million bond as well as conditions that included mental health treatments and not being allowed to open any additional bank accounts.

In August, she filed a motion to dismiss her case which a judge denied. Her trial is currently set for March 2022 and she faces a maximum sentence of 30 years for the wire fraud charges, as well as an additional 20 years for the money laundering charges. The drama will unfold on the upcoming second season of RHOSLC.

Back in 2014, Teresa Giudice and her then-husband Joe pleaded guilty to 41 counts of fraud, including mail, wire and bankruptcy fraud. Joe also admitted that he failed to pay approximately $200,000 in taxes. Despite Teresa's plea, she later admitted that she did not believe she was breaking the law at the time.

Teresa was sentenced to pay $414,000 in restitution and to serve 15 months in prison, but was released after 11 months for good behavior. Meanwhile, Joe was sentenced to 41 months in jail. After he completed his sentence, he was deported back to his home country of Italy.

"There was no intent to commit a crime. I didn't know I was committing a crime ... I got sentenced. I got served time. I did what I had to do and now I'm moving past it," Teresa told ABC News after being released from prison.

After Bethenny Frankel split from ex Jason Hoppy in 2012, she found herself in a constant legal battle for custody of the former couple's daughter Bryn. After over a year of both Bethenny and Jason fighting for primary custody of the little girl, a co-parenting settlement was reached as part of their divorce case.

Then, several years later, Jason was arrested after he allegedly threatened Bethenny during an unplanned visit to Bryn's school. A year after Jason's arrest, Bethenny sued him for full custody of their daughter and in 2019, the trial began. In court, Bethenny accused Jason of emotional and verbal assault and harassment, which he denied. The trial continued until June when the former couple reached an agreement that has been kept secret. 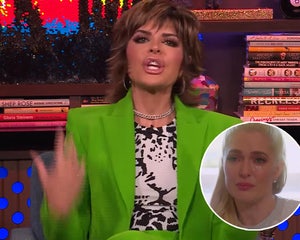 Sonja Morgan was forced to file for bankruptcy in 2011 after finding herself $19.8 million in debt. She blamed the situation on a failed venture between her production company, Sonja Productions, and Hannibal Pictures, Inc. when a movie starring John Travolta never came to fruition. Hannibal Pictures then filed a suit against Sonja and won a $7 million judgment.

Almost five years later, Sonja was finally out of bankruptcy and had repaid the production company,

"It's over now. It's come to an end. The $9 million-plus is all there. It was $7 million judgment but with the administration fees, it was about another $2 million...It feels great. I did a great job. I paid what I had to pay and it wasn't easy, but at the same time it was an experience. It's nice to be free of everyone looking at my money. I finally have my financial privacy back," Sonja told E! News.

Dorit Kemsley and her husband made headlines in 2019 after a man named Nico Kirzis claimed that he loaned PK $1.2 million eight years earlier. Court documents claimed that PK had only paid back $250,000, leaving a balance of over $1 million. PK claimed that the total was discharged in a UK bankruptcy he filed in 2011. After an examination of the couple's finances, their assets were frozen until their court date and over $29,000 was seized from one of Dorit's bank accounts.

In October of that year, Nico dismissed the "entire action of all parties and all causes of action" with prejudice, meaning he could not refile in the future. Sources believe this means that the debt was paid.

In 2013, Kandi Burruss and Kim Zolciak headed to court due to a dispute over Kim's song "Tardy for the Party." Kandi filed a lawsuit against Kim for unpaid compensation and copyright infringement stemming from her work on the 2009 song, which she claimed to have co-written and produced.

When the "Real Housewives of Atlanta" co-stars met in court, the judge dismissed the case without prejudice as he found that Kandi could not sufficiently prove copyright infringement and he didn't have the jurisdiction to rule on damages.

"OK, so business between us did not work out but you know friendship-wise we used to have a lot of fun together," Kandi said in 2017, adding that the two had made up.

Kim Richards' struggle with substance abuse played out in the public eye after she was arrested for public intoxication at the Beverly Hills Hotel in 2015. Several months later, Kim was once again taken into custody after she was accused of stealing hundreds of dollars of items from Target.

Following the drama, Kim was placed on a three-year probation and ordered to attend AA meetings as well as complete 450 hours of community service.

While in Palm Beach, Florida, Luann de Lesseps was arrested after she reportedly refused to leave a hotel room and shoved a police officer who responded to the call. She was charged with battery on a law enforcement officer, resisting arrest with violence, disorderly intoxication, and corruption by threat.

Months later, Luann struck a plea deal agreeing to one year of probation, 50 hours of community service, two AA meetings per week, and a Mothers Against Drunk Driving class. Two years later, Luann admitted to violating her probation and was reportedly ordered to undergo weekly counseling sessions, monthly psychiatric sessions, to take medication for her alcoholism, and keep a breathalyzer monitoring device in her car.