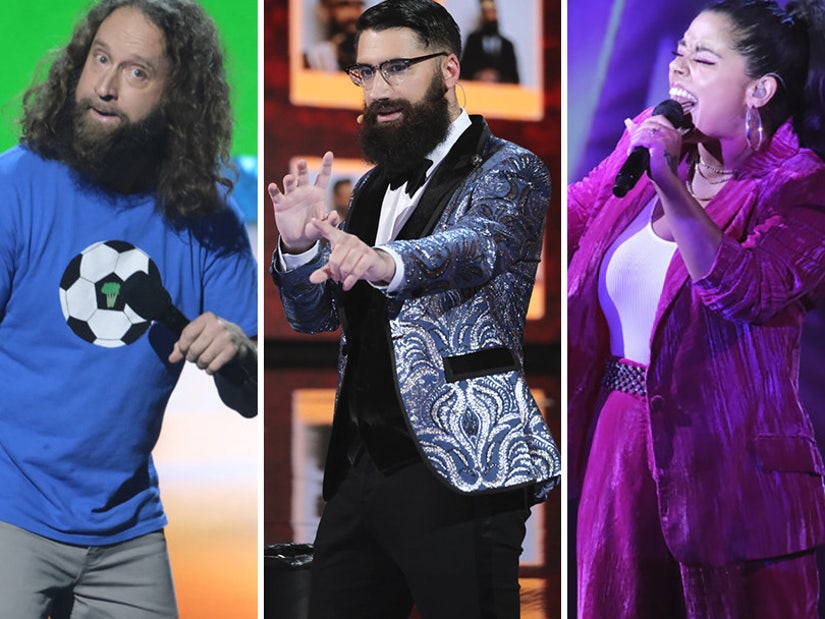 One comedian stepped it up while another fell apart completely on a night of real hit-or-miss performances just one week ahead of the grand finale.

How long has it been that three acts have gotten the buzzer on a semi-finals show of “America’s Got Talent”? All of the weaker acts are supposed to have been weeded out by now.

In Simon’s defense, there were a few acts that totally blew it tonight, including two disastrous moments early on that probably destroyed the chances of two fan-favorites making it to next week’s live finale show. 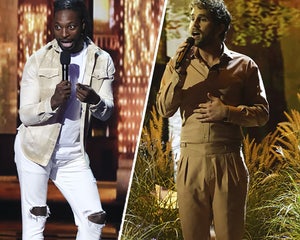 AGT 5th Judge: Shocking Results as Fan-Favorites Face Danger -- and Even Get Eliminated!

There are always acts that blow it this close to the finale, with nerves frayed and pressure higher than ever, and this year was no different. Luckily, there were also some truly great moments to balance out the worst.

In fact, it kind of makes it easier to predict how the vote will go. Only 5 of 11 acts will advance, but if half of them sabotage themselves, it should be easy to predict what will happen, then, right? Well, that depends on the power of the sympathy vote. If the act is beloved and has been great in the past, will America believe in second chances?

A few of tonight’s acts already got those, including the impressive unicycle dance act from Japan, UniCircle Flow. They hit the stage again, hoping for no spills this time, along with hand balancing brothers Rialcris, quick-change artist Léa Kyle, mentalist Peter Antoniou and dance troupe Chapkidz.

They all had to face off against singing acts like Victory Brinker, 1aChord, Northwell Health Norse Choir and Brooke Simpson. Only one vocal act made it through last week, but these are three of the best the show has to offer. Did they deliver again? And if so, will America have to decide between them, or just advance them all?

On Howie’s season of comedy, two fan-favorites faced off with Josh Blue and Kabir Singh both trying their best to laugh their way into the finals. We’ll all find out who gets the last laugh when the results are revealed Wednesday night. 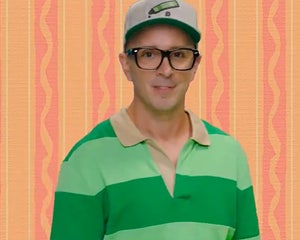 (mentalist) This was a very long act, and we were left a little discombobulated after he got Sofia’s photograph so very, very wrong. He did better with Heidi and with Terry using his psychic abilities on Simon, but that really threw us. What went wrong there? He played it off well, and we were hoping for a last-minute twist to redeem it, but instead we’re left with a lot of time on a failed “trick” or “magic” or whatever you want to call it, and that’s hard to overlook at this stage when we’re looking for the best of the best of the best. Once Peter backhandedly admitted he’d screwed up Sofia’s portion, Simon gave him a belated ‘X.’ We think Peter’s done after this.

(quick-change artist) We love an impressive quick-change, but the problem with this act is that it’s becoming more and more obvious that she just layers herself up with different outfits and then comes up with ways to strip them off layer by layer. It didn’t help that she had a horrible mishap with one “strip” early on and then was so obviously flipping her dress out during the final reveal on the swing. It’s hard to do live, but her act just isn’t clean enough to obscure what should be amazing, and instead starts to look like work. Every time we see her, it’s just working less and less for us. We did appreciate the butterflies effect, but with a little cleaner production and more effective misdirection, she could bring back the magic of her first audition.

(singers) Certainly an ambitious interpretation of “Every Breath You Take,” but it failed to hold us enraptured all the way through. The opening bars as they added very church-like organ accompaniment had us feeling a certain way, and then it actually lost us a bit when they guys started harmonizing. From the moment the backing singers joined them, it just became a repetitive bore. These guys have been exciting every time they’ve hit this stage, and their vocal range remains incredible, but this was overproduced and their talent was overshadowed by everything else happening.

(comedian) Once again, Kabir’s material was stronger than his delivery, and he was clearly rattled after Simon buzzed him toward the end of his set. His last joke -- which was probably his weakest -- fell completely flat. The problem was nerves throughout, which left him rambling and stammering between jokes as he tried to get through his segues. It wasn’t a good look. And after we were underwhelmed for largely the same reason (too much rambling, not enough jokes) last time, it’s a pattern that’s not a great look. We’re not sure we’d have buzzed, but we can see Simon’s frustration.

(singers) This performance had bright moments and some unfortunately dull moments. The opening bars were actually the least compelling, so thankfully they picked it up before they lost us entirely. Two of their three soloists were spot-on and really helped elevate the energy level of the piece, but one wasn’t quite as able to hold her smaller part. All in all, we’ve been cooler on this act than America and the judges, and it looks like that’s continuing. We’re inspired by what they do, but if you try to remove their story, the singing itself is good and has moments that come close to moving, but it never quite gets there.

(acrobats) A little slow-moving this week with no throws, but still some new formations we’ve never seen. We get that it’s as methodical getting out of such intricate balancing positions as it is getting into them, but it can drag the show down a bit. Nevertheless, these guys are utterly compelling to watch as you wait to see what they’ll do next. We’re not sure why Simon buzzed when they had two of the brothers balancing on each hand of another, as we thought that was pretty incredible, even if they didn’t hold it long. It wasn’t a step up, but it also wasn’t a step down for us. They’re just consistently impressive at what they do. 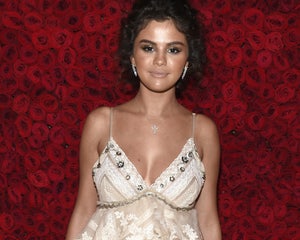 (dancers) Not as visually compelling as previous performances, this was still exciting and absolutely watchable. While we weren’t blown away watching this time as we’ve been in the past, we still enjoyed how in sync they are throughout their dancing, and how much range they have as performers. This was the first time we felt the size of the group during a routine, but instead of seeming a bit much, it made us start imagining how awesome this act could be with a longer show on a Vegas stage. They have a lot of different weapons and approaches to their artistry. The real question -- and we don’t fully know the answer -- is if this was enough to move on.

(singer) Brooke put so much passion into this Ed Sheeran cover that she flung her own earring off halfway through the show through sheer power. It was actually a very cool moment, accidental as it was, emphasizing just how much strength she has as a singer. We actually enjoyed the quieter dance music approach to the first half of the song before she got into the anticipated beltier side of her voice as it showcased some of her diversity as a pop artist. It’s easily one of the best pop voices in contemporary music right now, so it would be a shame for her to fade away after this. But that should be enough to carry her into the finals.

(comedian) It took Josh a little while to find his rhythm, but when he started talking about his real experiences as a Paralympian on the U.S. soccer team, he found his stride. The former “Last Comic Standing” winner once again made a strong case for being the last “AGT” contestant standing by staying true to his life experiences in his material, and delivering it with a nice rhythm once he got past chastising the audience for their laughter and applause eating up his time, which had its own charm. 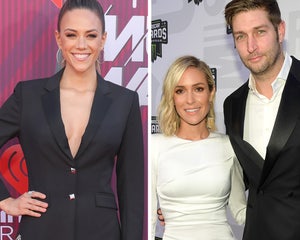 (singers) Angelic from the first note, this was Victory’s strongest performance to date. She’s clearly growing more comfortable on the stage each time she sings. You don’t need to understand a word of it to know that she really is something special. We’ve been warming on her with each round, and we’re fully on board that something magical is happening with her on this show this season. We dig on America all the time for being obsessed with kid singers -- though that’s softened in recent seasons, including this one -- but we can’t fault anyone for standing behind Victory. She’s a remarkable talent, and so unassuming.

(unicyclists) More involved than we’ve ever seen, more challenging and showing a whole new side to what they do. While their last few performances have been lyrical and flowing, this one was sexy and edgier. Both worked phenomenally well. We loved the inclusion of some multi-girl stunts with the unicycles. They were clean this time, too, with no visible spills. Already a unique and great act, this was their best performance yet, showcasing their performance diversity and a hint of the full potential of what they’re capable of. What an incredible step up from an already high level. 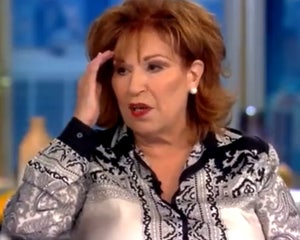 While we stand by our choices and the quality of their performances, we really do not think America is going to agree this week. For one, we suspect the Northwell Health Nurse Choir is going to carry into the finals because America votes for the story as well as the talent.

We also have a feeling that our top act, UniCircle Flow, might miss out entirely as a result -- or at least find themselves in the unenviable spot of fighting for a save from America or the judges.

Victory Brinker, Josh Blue and Brooke Simpson should be locks, but will mixed reviews from the panel over Brooke’s performance tonight hurt her with the judges? As for Chapkidz and Rialcris, who we have ranked very close, we do think the edge will go to the kids as their act is faster moving and more exciting to watch -- and it does offer more visual spectacle than the brothers’ slow moving strength.

So, our final prediction will be that Victory, Josh and Northwell Health carry through unimpeded. UniCircle, Brooke and Chapkidz will battle it out for the final two spots. Brooke will probably get America’s second vote, and the judges will advance Chapkidz this time.

That may be our most specific prediction ever. So many places it can go wrong. We’ll find out Wednesday how many ways we got it wrong.

“America’s Got Talent” results come Wednesday night at 8 p.m. ET before next week’s super-sized season finale on Tuesday at 8 p.m. ET and Wednesday at 9 p.m. ET on NBC. 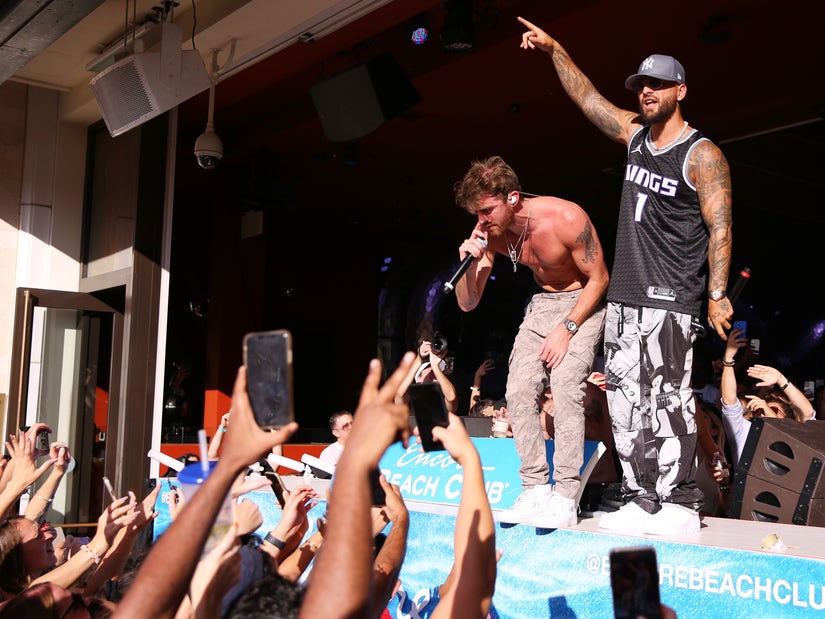