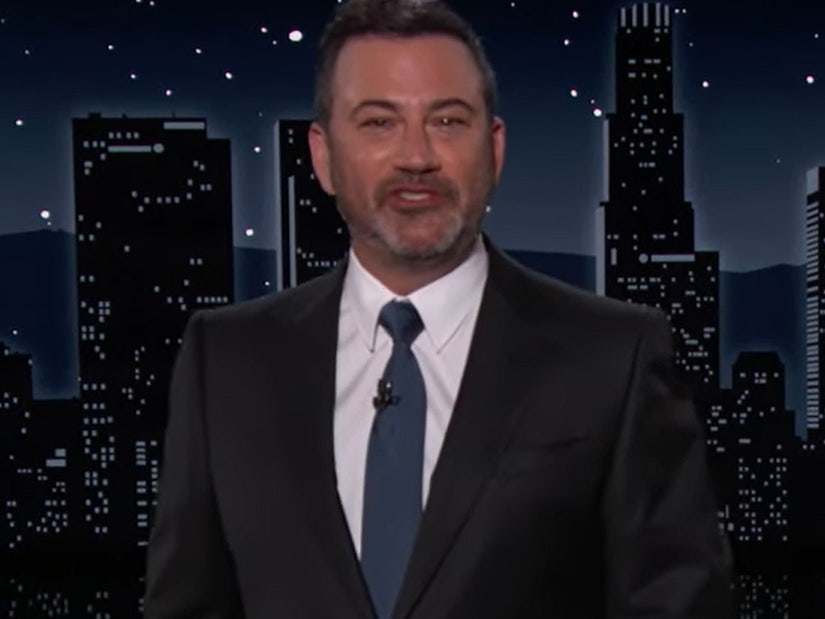 "That choice doesn't seem so tough to me."

Jimmy Kimmel is giving his two cents on how hospitals can deal with overcrowding amid the coronavirus pandemic.

On Tuesday's episode of "Jimmy Kimmel Live," the late-night host returned to his show following a summer hiatus. In his opening monologue, Kimmel, 53, brought up the worsening pandemic and called out those who refuse to get vaccinated against Covid-19 -- but have instead opted for ivermectin, an anti-parasitic drug primarily used to treat worms in livestock.

"It was not a fun Labor Day weekend Covid-wise," Kimmel noted in his monologue, before referencing how there were 300% more Covid new cases following the holiday than last year.

"Dr. Fauci said that if hospitals get any more overcrowded, they're gonna have to make some very tough choices about who gets an ICU bed," he added.

"That choice doesn't seem so tough to me. Vaccinated person having a heart attack? Yes, come right in, we'll take care of you," Kimmel said, before half-jokingly adding, "Unvaccinated guy who gobbled horse goo? Rest in peace, wheezy."

Kimmel went on to address those who won't get vaccinated but instead take ivermectin, which is unproven to treat the coronavirus and has reportedly landed some users in the hospital, taking up even more beds.

"We've still got a lot of pan-dimwits out there," he said. "People are still taking this ivermectin. The poison control center has seen a spike in calls from people taking this livestock medicine to fight the coronavirus, but they won't take the vaccine. It’s like if you’re a vegan and you're like, 'No, I don't want a hamburger, give me that can of Alpo instead.'"

"One of the reasons these Seabiscuits are opting for ivermectin is because they don't trust big pharma, which is fine, I guess, except for the fact that ivermectin is made by Merck, which is the fourth-largest pharmaceutical company in the world. And even Merck is telling people to cut it out," Kimmel continued, citing Merck's statement that the drug isn't an effective treatment for Covid-19 and how there isn't enough safety data.

"Listen, if a pharmaceutical company says, 'Please don't take the drug we're selling,'" he added, "You should probably listen to the board or you can just go with a TikTok posted by a disgraced veterinarian instead."

"Meanwhile, these poor horses are like, 'Hey, I have worms. I need that stuff. There are worms in my butt.' Do you understand?" he quipped.

Kimmel concluded the topic in his monologue by pointed out how ivermectin got a "big endorsement" by "one of America's top medical minds" Alex Jones, whom Kimmel described as "Sandy Hook denier slash Internet lunatic." Kimmel showed a clip of the far-right radio host's "endorsement" in which he went on a rant about the drug and appeared to take the tablets himself on camera.

See what Kimmel had to say about Jones -- and the drink he chose to wash down the ivermectin with -- in the full monologue, above.