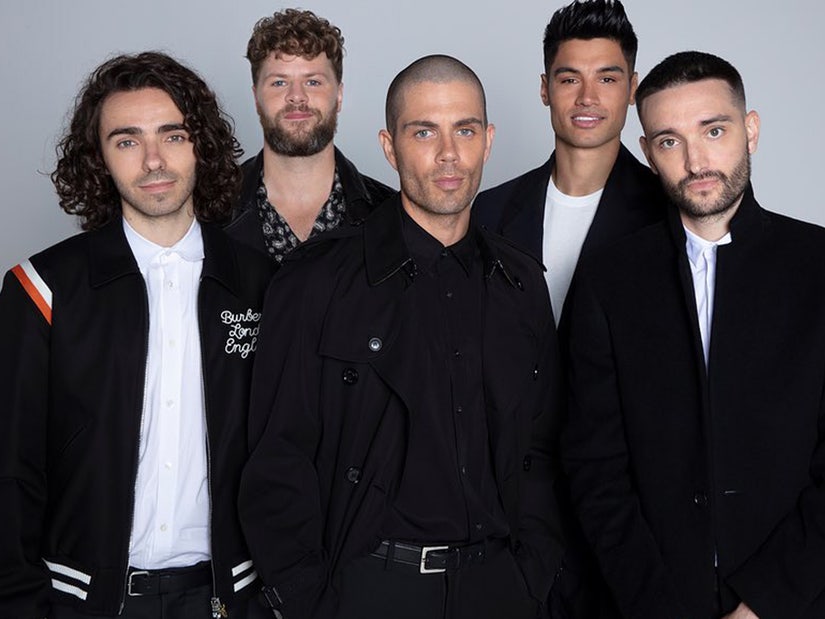 The reunion comes after Parker shared he was battling an inoperable brain tumor in 2020.

The Wanted just announced their return to music after a seven year hiatus.

The band will come together once again to perform at Royal Albert Hall on September 20, 2021 in a show dubbed "Tom Parker's Inside My Head." Highlights from the concert will be included in Tom's Channel 4 documentary, with proceeds from the event being split equally between Stand Up to Cancer and The National Brain Appeal.

In addition to their return, the band has also announced the release of a new album featuring their most notable tracks to be titled, "Most Wanted: The Greatest Hits" on November 12th. In addition to a greatest hits album and the special one time performance, they will also be releasing a new single written by Max George.

On Wednesday, the band announced the reunion by sharing a video in which Nathan Sykes, Max George, Siva Kaneswaran, Jay McGuiness and Tom Parker reunite at a hospital due to various injuries and ailments. After a short conversation where all members catch up, they decide to get the band back together.

"It feels amazing. It's quite nice to be able to do something again that's not related to treatment," Tom said at a press conference. "It's been a very sad eight months, so it's been nice to smile again, for me."

Added McGuinness: "We have been talking off and on for a few years now about getting back together ... but have all been working on other projects at different times so it didn't happen. This is all about having fun with our mates, no pressure, just fun."

The concert will showcase a lineup of many notable performers such as Liam Payne and other UK talents including McFly and KSI.

Here we go!! We are MEGA excited to announce that we are BACK and will be releasing our Greatest Hits Album on November 12th!! We'll also be performing LIVE at the @RoyalAlbertHall as part of @TomParker's 'Inside My Head' concert. It's been far too long... Let's do this! 🌍 💪 pic.twitter.com/8Zsq31jyVN

In an Instagram post announcing his brain tumor in 2020, Parker wrote, "We don't want your sadness, we just want love and positivity and together we will raise awareness of this terrible disease and look for all available treatment options."

"It's gonna be a tough battle but with everyone's love and support we are going to beat this," he said at the time, just weeks before her and wife Kelsey Hardwick welcomed their second child together.

In January 2021, Parker said he was "responding well" to treatment and was told by doctors where was "a significant reduction to the tumor."

Since The Wanted went on an extended hiatus starting in 2014, they've gone to pursue different passions. Both Sykes and Kaneswaran pursued solo music careers, and George has tried his hand at acting. McGuiness was the winner of "Strictly Come Dancing," while Parker competed in a skiing show called "The Jump" in 2016.