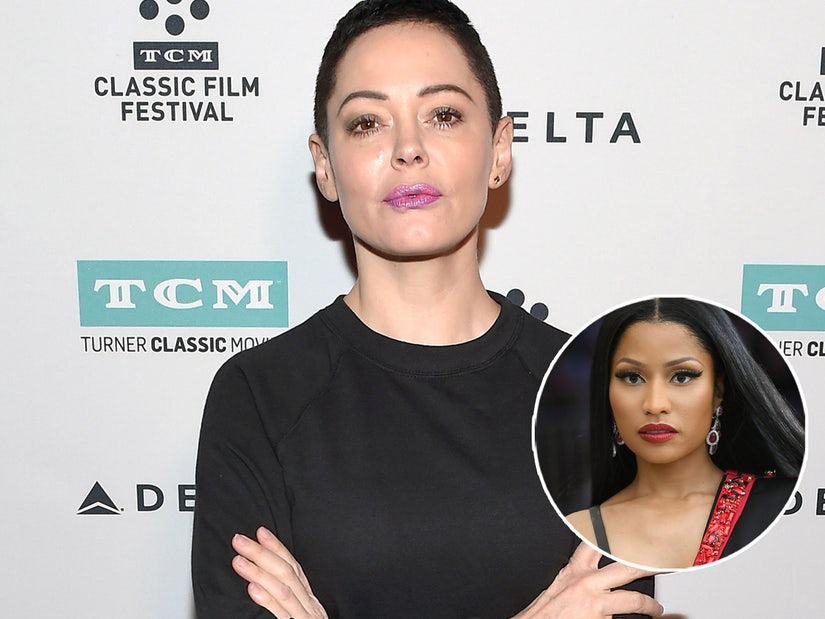 The actress said she "stands with Nicki" after the rapper received backlash for claiming a friend of her cousin became impotent after getting the COVID vaccine.

"I stand with Nicki Minaj & all who see what is happening," the actress wrote, alongside a video of her dancing to Nicki's music. "Both of us know the powerful elite & it's likely you do not."

After the rapper shared her hesitancy about getting the vaccine, claiming a friend of her cousin in Trinidad became impotent after getting the vaccine shot, health officials around the world -- including Trinidad and Tobago's health minister and United States White House -- quickly labeled it as misinformation. Impotence is not listed as a side effect of the vaccine, nor is there evidence of fertility issues, per the CDC.

"If you are freaking out because she said something you don't believe, it's most likely because you are scared to examine the thought too closely," Rose continued in her post. "Millionaires have become billionaires, billionaires are now trillionaires. Think. Question. Just cos you want to believe what your cult leaders say, doesn't make it fact."

Meanwhile, Nicki told her followers on Wednesday that she had been invited to the White House to discuss her vaccine comments. "Yes, I'm going. I'll ask questions on behalf of the ppl who have been made fun of for simply being human."

They want you to get vaccinated for the Met. if I get vaccinated it won’t for the Met. It’ll be once I feel I’ve done enough research. I’m working on that now. In the meantime my loves, be safe. Wear the mask with 2 strings that grips your head & face. Not that loose one 🙏♥️

My cousin in Trinidad won’t get the vaccine cuz his friend got it & became impotent. His testicles became swollen. His friend was weeks away from getting married, now the girl called off the wedding. So just pray on it & make sure you’re comfortable with ur decision, not bullied

However, White House officials said they were only interested in speaking with the "Super Bass" singer over the phone.

"As we have with others, we offered a call with Nicki Minaj and one of our doctors to answer questions she has about the safety and effectiveness of the vaccine," read a statement from the White House.

Still, Nicki insisted she was asked to come to 1600 Pennsylvania Avenue for a face to face.

"Do y'all think I would go on the internet and lie about being invited to the f------ White House? Like what?" Minaj said in a 14-minute Instagram video.