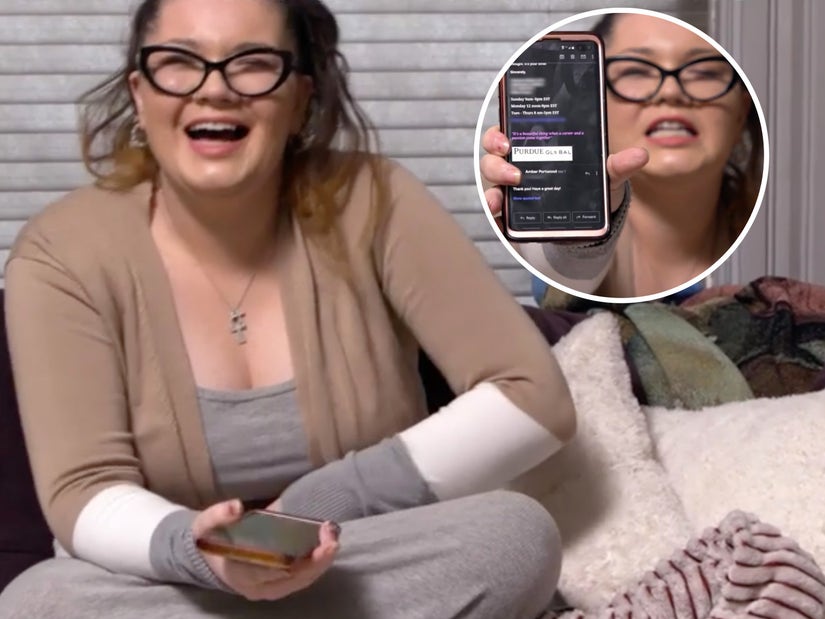 While Amber "hates" where her relationship with her daughter is now, she's hoping to "better" herself -- starting with school.

Amber Portwood got some good news for a change on "Teen Mom OG": she was accepted into college.

The new episode kicked off with the reality star reflecting on her strained relationship with her daughter Leah, noting that she "hates" where the two stand currently. With that in mind, Portwood added, she wants "to continue to better myself."

"So I'm taking this opportunity to follow a dream I've had for a long time," she continued, saying that "getting pregnant at 17 made graduating from high school almost impossible." After getting her GED, Portwood said she's ready to get a college degree as well -- but was "kind of nervous" to apply to a school.

The episode saw her calling up an admissions department and discussing her interest in pursuing a degree in neurological psychology. The woman on the other end of the phone then asked whether she had any reason to pursue that, specifically.

"I actually was diagnosed with different types of mental illnesses. The last 10 years, I've been going to therapists and psychiatrists and I've always been very curious, so I feel like this is the next step," said Amber. "I think it would be a really powerful thing to help people out, honestly."

She was then advised to submit her application along with her GED online, which she did, for Purdue University Global, Purdue's mostly online school.

"I've always wanted to do something with psychology," she then explained to her producer. "Back in the day, I just didn't think I could do it. I'm 30, I can get there, I can do it, I know I can. I'm taking pride in small victories, like knowing I'm setting a good example for my kids."

While talking to her mom about her prospects, Portwood explained that at 34 she felt like she still had "a lot of time" to do more with her life, including getting a doctorate in psychiatry. A few weeks later, she got the good news -- she was accepted and enrolled in classes for psychology and English, to start.

"I'm so excited, I think this is going to be great," she exclaimed. "I'm just happy, I'm super happy."