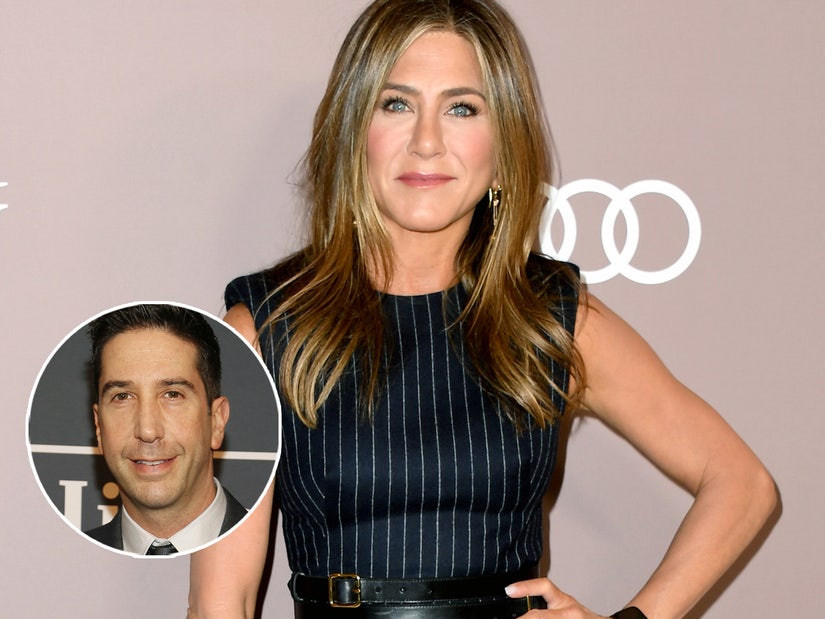 "I kept saying, 'What are you talking about?!'"

Jennifer Aniston got quite a kick out of the rumors that she was dating her "Friends" co-star David Schwimmer.

In an interview with Marie Claire Australia for their October cover story, the actress shared her thoughts on the since-debunked romance rumors and revealed the hilarious text messages she received from some friends after the reports came out. 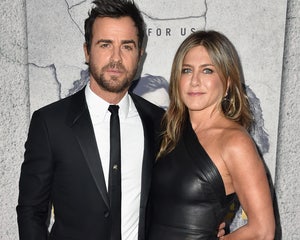 "That's really funny," Aniston, 52, said of the rumors that she was seeing Schwimmer, 54. "I was just saying, 'I hadn't heard a word of this.' Honestly. I was getting a couple of texts from people saying, 'I thought you were on a break, LOL.' And I kept saying, 'What are you talking about?’"

She continued, "And then I went online to see what was happening and I was like, 'That is the funniest rumor that I never heard that got shot down in the quickest amount of time.'"

The reports that Aniston and Schwimmer were dating surfaced a couple of months following the HBO Max "Friends" reunion special, which aired in late May.

At one point during the special, the two -- who played Rachel Green and Ross Gellar -- admitted they were romantically interested in each other in real life while playing on-screen lovers. While they were both "crushing" on each other, they swore they "never crossed that boundary" and made it physical.

About a month after the revelation, Aniston appeared on Howard Stern, who asked why she didn't "bang" Schwimmer at the time.

"He was lovely, David was great," she said of her co-star. "We were in relationships and it was always never the right time and it wouldn't have worked. The beauty of that was that whatever feelings we had we just literally channeled everything into Ross and Rachel and I think that's maybe why it resonated the way it did."

She then said both Courteney Cox and Lisa Kudrow could "vouch for" her, as Cox said everything Aniston was saying was true.

"Howard's not going to believe me," Aniston added. "No, I would proudly say I banged Schwimmer if that happened. But no." 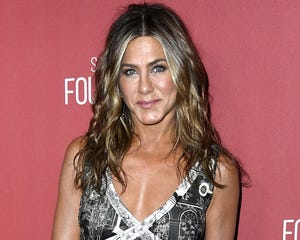 Jennifer Aniston Wants to Date Someone Outside of the Industry

However, in August, it was reported that Aniston and Schwimmer had been "growing close again" following the reunion. Although fans went into a frenzy over the speculation, loving the idea that Ross and Rachel could possibly be a thing in real life, Aniston and Schwimmer's reps both denied the rumors.

"That was bizarre. I could not believe that, actually. Like, really? That's my brother," she said. "But I understand it, though. It just shows you how hopeful people are for fantasies, for dreams to come true."