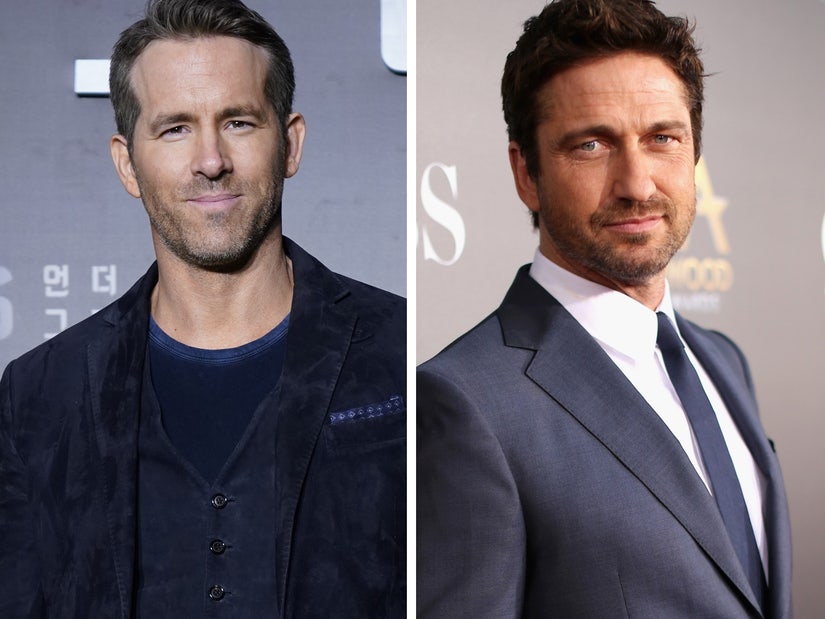 "I actually don't know what 'Free Guy' is," the Scottish actor said of Reynolds' latest flick.

Ryan Reynolds had the opportunity for an epic clapback, but chose to use his power for good rather than evil.

Taking to his social media on Tuesday, the actor responded to Gerard Butler recently claiming he had not heard of Reynolds' latest film "Free Guy," nor does he watch the Canadian star's flicks.

"Can you believe Gerard Butler doesn't know what 'Free Guy' is?" Reynolds captioned a headline of Butler's remarks, before focusing attention on a charity important to him and his wife Blake Lively.

"Also, can you believe that the challenges to democracy have never been greater, and that Blake and I will match your contributions to the @aclu_nationwide and @naacp_ldf?" he added. ""*Order of these questions optimized for the Internet, NOT importance."

He also shared a screenshot of a tweet announcing the Hollywood couple matching donations up to $1 million to the American Civil Liberties Union and the NAACP Legal Defense Fund through October 8.

"We still believe in you, 2021. Let's help @ACLU and @naacp_ldf change it together," Reynolds wrote in the tweet.

Earlier this month, Butler had made his remarks during an interview with UNILAD, where he was asked about the similarities between his 2009 film "Gamer" and Reynolds' "Free Guy."

"I actually don't know what 'Free Guy' is," Butler said at the time, before someone explained to him that it was Reynolds latest offering. "Oh s---, is it?," Butler continued. "I don't watch Ryan Reynolds' movies."

"Free Guy," which pits Reynolds as a video game background character who falls in love with a human player (Jodie Comer), opened in August and has already made over $300 million in global box office receipts.