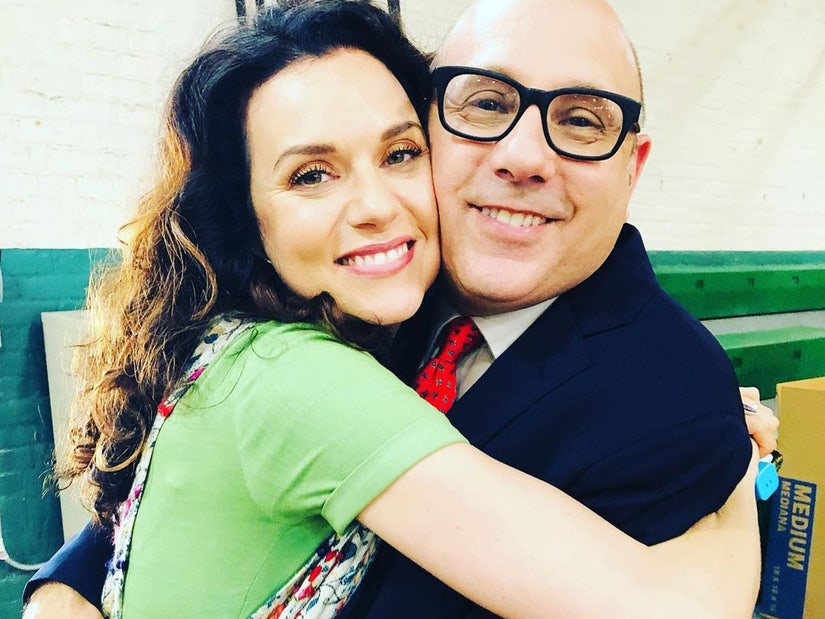 "Before I went to see him, I needed him to know how I felt."

Hilarie Burton decided to honor her dear friend and former co-star Willie Garson by getting a tattoo inspired by the actor -- getting the ink before his death this week.

In an emotional post to Instagram on Wednesday, Burton detailed the impact of their friendship and revealed the tattoo was inspired by one of Garson's favorite sayings to her, "Calm down."

The photo carousel  included a series of photos of Garson and Burton together, as well as a heartfelt message the late actor had written accompanying a first edition copy of "The Grapes of Wrath," the actor's wedding present to her and husband Jeffrey Dean Morgan.

"Willie was a romantic friend. Deeply thoughtful. Intentional with his effort and attention and devotion. Social media is ablaze right now with evidence of that…..each person in his life felt special. Spoiled, even. Willie most definitely spoiled me," she began her caption.

"He would pay you the biggest compliment in the world. Tell you that you were the smartest or prettiest or most talented or that your book/show/recipe/charity, etc mattered and was valuable," she reflected. "And right as you'd blush, he'd temper it with 'alright, calm down!' And then laughter. He'd stop you before you could rebuff the compliment. Calm down. I can hear him saying it."

"Before I went to see him, I needed him to know how I felt," she continued. "And @hudsonvalleytattooco was so kind and understanding and got me in the night before my flight. I wanted Willie to know that I was carrying that 'calm down' with me forever."

Burton and Garson met when they worked together on USA's "White Collar," which aired from 2009 to 2014. Garson played Mozzie on the series, while Burton later joined the cast as Sara Ellis in 2010.

In the caption, Burton said she also plans to fulfill Garson's dream to publish a book about his life as a character actor, something she says he finished writing before his death.

"As someone who benefited from hours of Willie’s stories over countless dinners, I loved this idea," said the actress. "So he did it. He wrote the book. And recently he asked if I'd help his family get it published for his son Nathen. It is a love letter to our industry, to storytelling and to the hundreds of people he worked with and made better over the decades."

"To Willie's family, especially @nathen_garson, …on my honor I will see it through," she promised. "You have been so generous in sharing him with the rest of us. Love you."

In the comments, Burton's husband wrote, "Ah ma… f---in hell. I love you. I love Willie… hard to 'calm down' today. We are trying." Many of the couple's "One Tree Hill" and "Waking Dead" costars also chimed in with their condolences.

Garson, 57, died of pancreatic cancer on September 21, 2021 in his home surrounded by loved ones. He is most known for his role in HBO's hit show "Sex and the City" as Stanford Blatch and was set to appear in the show's reboot, "And Just Like That."

He leaves behind his son Nathen, 20.