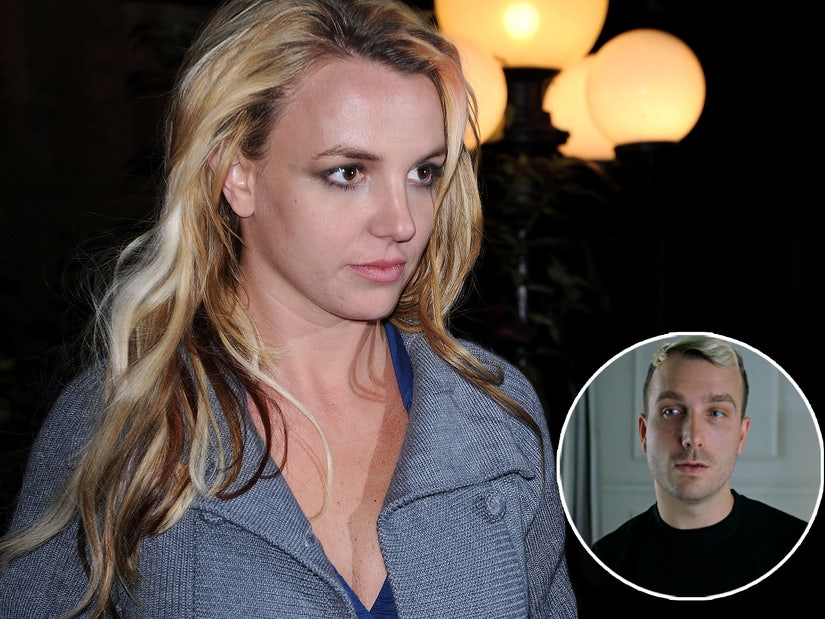 The team behind "Framing Britney Spears" dropped a new documentary about the pop star on Friday night, digging deeper into her conservatorship in a special titled "Controlling Britney Spears."

The New York Times investigation once again spoke with Britney's longtime friend and former assistant Felicia Culotta, as well as a former employee of the company in charge of Spears' security, her former wardrobe supervisor and someone who was in charge of promotion for her Circus tour. The special also dug up court transcripts and previously-unseen documents in an attempt to get a better understanding of the conservatorship.

Alex Vlasov, the former assistant to Black Box Security's Edan Yemini, provided most of the biggest bombshells of the night -- saying he was compelled by Spears' fiery statement in court to speak out about about what he allegedly witnessed while working for the company from 2012-2021. His account included alleged secret recordings of Britney, though both Black Box and Jamie Spears denied any illegal or unethical behavior.

"Mr. Yemini and Black Box have always conducted themselves within professional, ethical and legal bounds, and they are particularly proud of their work in keeping Ms. Spears safe for many years," a lawyer for the company said in a statement, adding they wouldn't go into specifics because of client confidentiality.

"His actions were done with knowledge and consent of Britney, her court-appointed attorney and/or the court," added Jamie Spears' lawyer. "Jamie's record as conservator -- and the court's approval of his actions -- speak for themselves. Jamie loves Britney unwaveringly and wants only the best for her. He will never stop loving or supporting his daughter."

"Intercepting or monitoring Britney's communications, especially sacrosanct attorney-client communications, represents a shameful and shocking violation of her privacy rights and civil liberties," read the statement. "Placing a listening device in Britney's bedroom would be particularly disgraceful. We intend to fully and aggressively investigate these matters."

"I was the only person at Black Box that knew everything, really," began Vlasov. "I know this is the right thing to do and I really want to do it, but it's still scary. I don't know what's gonna happen after this comes out."

Vlasov claimed that Yemini, Jamie Spears and Lou Taylor -- who runs Tristar Sports and Entertainment, which handles Britney's business management, accounting and financials -- were on a group chat together, closely monitoring Spears' every move and personal relationships. He said the security team was also in charge of making sure Britney all of her medication. "It really reminded me of somebody that was in prison and security was put in a position to be the prison guards, essentially," he added.

A rep for Taylor told The Times that any allegations involving her or associate Robin Greenhill were false.

Vlasov said it "was a big deal" when Britney wanted to get an iPhone, as everyone around her was "worried" what that could mean. He said Yemini asked him to see if there were any "monitoring services" they could get, similar to parental controls, on Britney's phone. "That's when Edan told me Britney's communication is monitored for her own security and protection," Vlasov said, adding that Yemini told him the court had signed off on it. In the end, they allegedly ended up getting an iPad and signed into the same iCloud as Britney, so everything she did on her phone would show up there as well -- from photos to browser history and messages. Some of the messages, he said, were between Britney and her lawyer.

As the special went on, Vlasov claimed an audio recording device was put into Britney's bedroom room, recording private conversations between Spears and her kids and boyfriend. He also said one day Yemini asked him to "wipe" one of the devices and a USB drive clean -- telling him it had "extremely sensitive" material on it nobody could see. Vlasov said he kept a copy, though didn't elaborate on its contents.

He went on to say that all the men in Britney's life would have to sign NDAs and were followed by investigators.

When she was entered a rehabilitation center in 2019, everything was once again monitored -- including conversations with her friends, mom and prospective lawyers she hoped to meet and possibly hire. She allegedly even told one lawyer to sneak into the facility as a plumber, because she didn't think anyone involved in her conservatorship would allow another lawyer to come in to meet with her.

"I heard Britney's testimony and I think that was the final indicator that I wanted to come forward with what I know," Vlasov added. He said he saved e-mails from Spears' lawyer making sure Britney was the only one seeing her phone activity -- and a response saying, "Jamie confirms he had no access," something Vlasov said wasn't true. He added that, when he quit, he told Yemini that he "disagreed with how you run the business," and Yemini responded by taking out a gun and putting it on a table in front of them. "It's not a threat, but it's a thread," Vlasov added -- though Yemini denied the interaction ever took place.

"Controlling Britney Spears" is available on Hulu on FX now.