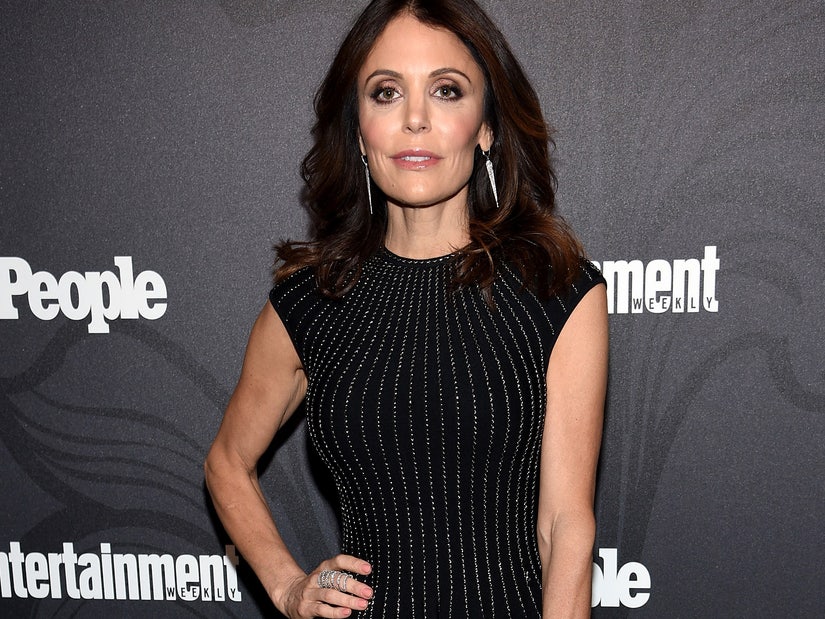 One a recent podcast, the reality star discussed an email she received about an all-girl summer camp where one of the attendees was assigned male at birth.

Bethenny Frankel defended herself after she received backlash for what some claimed were "transphobic" comments made on her podcast "Just B."

On Tuesday, the reality star retweeted a post that read, "There is nothing transphobic in that statement." Frankel added, "Zero point zero but that doesn't sell magazines & newspapers….people have been afraid to have real conversations."

She added, "If you didn't read your script before speaking, people get so excited. Come at me…I'm here..and the conversation will continue."

Zero point zero but that doesn’t sell magazines & newspapers….people have been afraid to have real conversations. If you didn’t read your script before speaking, people get so excited. Come at me…I’m here..and the conversation will continue @justbpodcast https://t.co/fpyg1NgMTk

A few hours earlier, she also replied to a critic telling her to learn from her mistake. "I was absolutely not wrong. And I'm going to discuss this again this week," Frankel tweeted. "Thankfully I have a platform to clarify what the media loves to distort. @justbpodcast ps. I'm not afraid of cancelation so not afraid of charged discussions."

She also took aim at the naysayers the day before, asking them to "nominate" her for cancellation. "There are like five others before you so take a number," she quipped.

Listen to the podcast. Then comment. I was absolutely not wrong. And I’m going to discuss this again this week. Thankfully I have a platform to clarify what the media loves to distort. @justbpodcast ps. I’m not afraid of cancelation so not afraid of charged discussions. https://t.co/FDVsKUCWan

True. Nominate me for cancelation…there are like five others before you so take a number. 😘 https://t.co/tGOODK5gy7

Ok I’m going to attempt sleep. My new book cover shoot is in the am & @PageSix says I’m transphobic so it must be true…or listen to @justbpodcast & decide for yourself. Gotta sell papers. #donthatetheplayerhatethegame 😘

The drama began last week after Frankel had a discussion on her podcast about having a "pronoun conversation" with her 11-year-old daughter Bryn.

"We have to go into the fact that I did a Zoom for my daughter's school and [had] the pronouns conversation with each teacher, each parent, each child," she began. "And my daughter says in school, too, that everybody has to say their pronouns."

"And my daughter didn't even know what hers were. [She said], 'I know what I am or what I think I am, but I have never said it out loud. It hasn't come up for me.' So she said she didn't know," Frankel added.

She then went on to tell an anecdote about an email sent around to Frankel's circle regarding a summer camp.

"It's an all-girls camp and a person with a penis, who identifies as being a girl, went to the camp and was in the bunk with the girls. And the girls saw her  -- because it's her because it's a male anatomy but identifying as a woman -- so the other girls saw a penis. They're 9, 10 years old, so the parents obviously weren't that happy," she said, adding that she had also heard "this girl with a penis was making out with a lot of the different girls at the camp."

@Bethenny the vile transphobic rant you went on against a child is unacceptable. It's not controversial its hate speech. pic.twitter.com/oNfnvQnPJO

Decided to listen to it because I saw this tweet. Interesting how no one listened to this back and said “yea maybe we shouldn’t post this intro” ….. cmon 🙄

Agree I've listened to almost every episode and this rant was completely offensive and disgusting. How dare she.

Frankel then touched up the subject of trans students playing in school sports and suggested gender identity could be a phase. "What happens if a child who isn't ready to make a decision? Don't a lot of girls in college have a lesbian phase and then they realize that they're not? Maybe they're going through something, maybe they want attention, maybe they're going through a bad breakup. What is the age that someone's absolutely positive who they are? There's got to be gray areas."

She concluded by saying she didn't have a point of view on the subjects, she was just bringing up questions to start a conversation.

However, some people didn't feel that way and tore into the Skinny Girl mogul on social media.

"Hi Beth! I was going to quote the transphobic language you used in the horrific intro to this episode, but it's too hurtful to even put it in writing," one shared. "Maybe do the bare minimum of research before you speak to your audience?"

Another tweeted, "@Bethenny the vile transphobic rant you went on against a child is unacceptable. It's not controversial its hate speech."

Frankel did not bring up the controversy during her latest podcast released on Tuesday, as it may have already been recorded. She regularly releases two new podcasts a week.