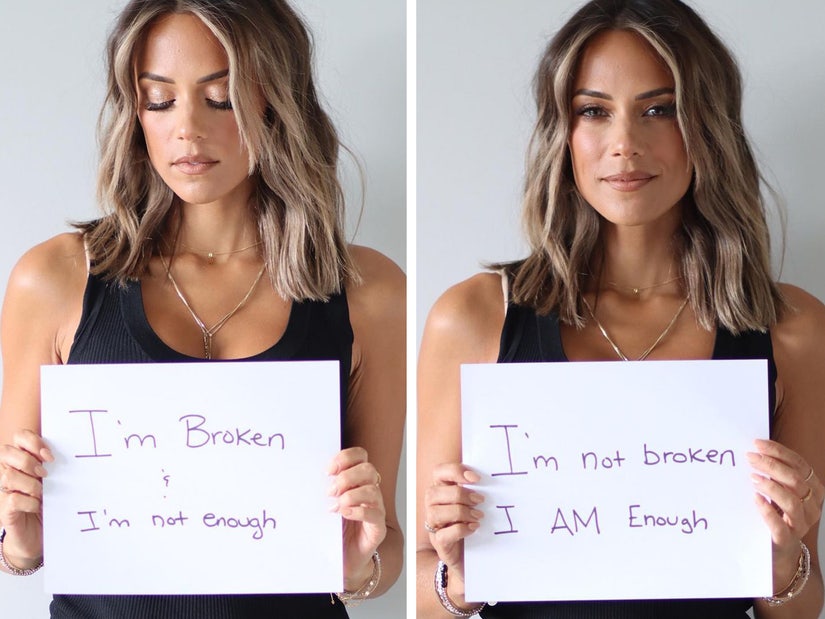 "I've fallen for the same abuse in a relationship because it's what I thought I deserved."

Jana Kramer opened up about her past abusive relationships in hope to inspire other women to know their worth.

During an emotional Instagram post on Monday, the country music singer revealed she has had to fight the "negative voices" in her head that have accompanied the horrible treatment from former partners.

"I've been mentally physically and emotionally abused in past relationships," she began. "I allowed certain behaviors to continue on because I actually believed the negative voices in my head that were spoken to me. 'No one will want you'….'you're the problem'….'I'm going to kill you'…..”I barely pushed you, don’t be so dramatic”…'you bruise easily, I hardly touched you, you're crazy'…if you wore something sexier I would sleep with you'…. 'You are the common denominator.'"

She went on to say she believed she wasn't "enough" for years and continued to repeat the pattern of hurting herself and others. "And I've fallen for the same abuse in a relationship because it's what I thought I deserved," she added.

Alongside the message were two photos of Jana holding up handwritten mantras: the first reading, "I'm broken & I'm not enough," and the second saying, "I'm not broken I AM Enough."

"My healing…your healing…our healing is to stop those negative voices," she concluded. "Now is the time to grow, learn, HEAL, and love ourselves. We are enough. You are enough. I am enough. 'I'm done with voices in my head.'"

Although Jana did not reference any former partners by name, she has opened up in the past about the horrific abuse she suffered from her first husband, Michael Gambino. In 2017, she told People he terrorized her to the point he was arrested for attempted murder in 2005, convicted and sentenced to six years in prison. After being released in 2010, he died by suicide two years later.

Kramer recently split from ex-husband Mike Caussin in April, following cheating scandals he admitted to, along with his sex addict diagnosis. The former couple -- who share daughter Jolie 5, and Jace, 2, -- finalized their divorce in June.

She has since been seen out with Kristin Cavallari's ex-husband Jay Cutler -- and ran into Mike while out with him just last week.