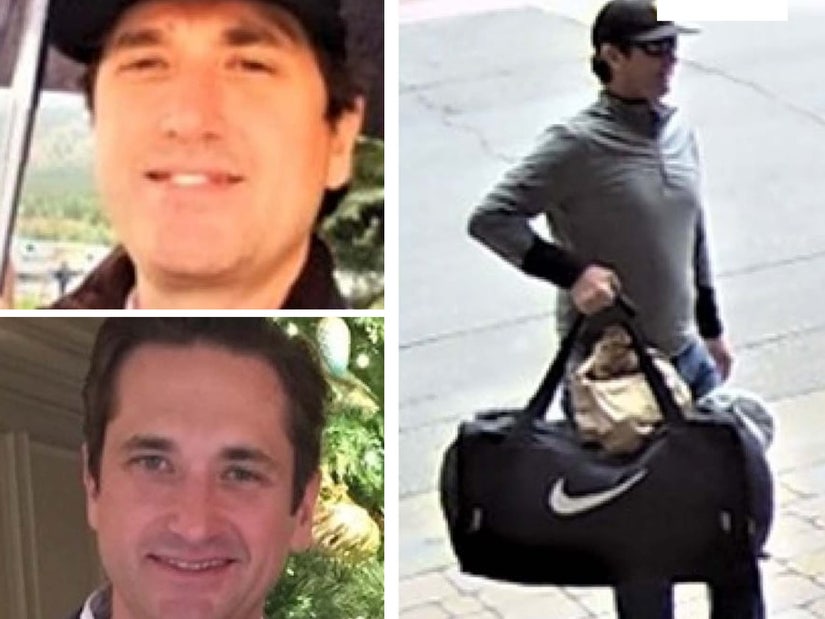 Robert Lowery died by suicide, a coroner has confirmed.

The 46-year-old's identity was positively identified by Teton County coroner Dr. Brent Blue on Wednesday, who also revealed the father-of-two shot himself in the head.

According to his sister Leigh Lowery, before his disappearance, Rob had quit his job in real estate and had decided to embark on a number of camping trips before he started his new job, per NBC.

According to witnesses, he did not appear in any distress or to need any assistance when he was last seen alive.

Gabby Petito's family want some positives to come from her tragic story — and it's already happening.

A Texas family finally has some closure after the body of a missing hiker was found just 40 miles away from where Gabby was discovered — and police say the national attention on the Petito case was the crucial factor.

"Bob is a loving father of two amazing kids with who he has daily contact with. It is unlike him to be out of touch with them for this long," sister Leigh Lowery wrote at the time on Facebook. "While his phone does still push to voicemail, we know the last activity was in and around the 20th of August."

For more than a month, the family heard nothing. But when national and indeed international headlines began focusing on the area during the search for the missing van-lifer, police began receiving tips for other missing persons — including a possible sighting of Lowery on August 20, on the Black Canyon Trail in Bridger-Teton National Forest, near Grand Teton National Park.

On Tuesday, Teton County Sheriff's Office announced that, based on the new information, they would conduct a missing person search at the base of Teton Pass. Just hours later, they confirmed the worst.

"After four hours of searching on foot, a team with a search dog located a body fitting Lowery's description on a steep, timbered slope," it said in an update.

The body was found "significantly off trail" by one of the three dog teams dispatched, after searchers hiked 75 miles, covering 22,500 feet in elevation. Volunteers spent Tuesday afternoon recovering the body from the mountainside.

The family were notified as authorities wait on forensic results to confirm the identity. The cause of death is as yet unknown.

"The widespread news coverage of the Gabby Petito search helped bring light to Lowery's case, and resulted in at least two members of the public calling local authorities this past weekend with new information about his possible last seen point," the Sheriff's Office confirmed. "The new information put Lowery on the Black Canyon Trail, wearing a black baseball cap with a gold P, and carrying a black duffle bag with the Nike logo."

Police do not believe the Petito and Lowery cases are connected.

In a statement, the family thanked the search and rescue teams for not giving up.

"The Teton County Sheriff's Office informed our family this afternoon that the Search and Rescue Team located a body that fits the description of our son, Robert 'Bob' Lowery near Black Canyon Trail. We await the Teton County, WY coroner's report."

"At this time, we especially want to thank Teton County Sheriff's Deputy Chad Sachse and his department for all of their work during this month that Bob has been missing. We also appreciate the search today by Teton County Search and Rescue volunteer teams and the care and concern demonstrated by so many in the Jackson Hole news media and community."

"Bob has been a wonderful father, son, brother and friend. Our family wants to thank the news media and others involved in the search for our privacy at this difficult time."