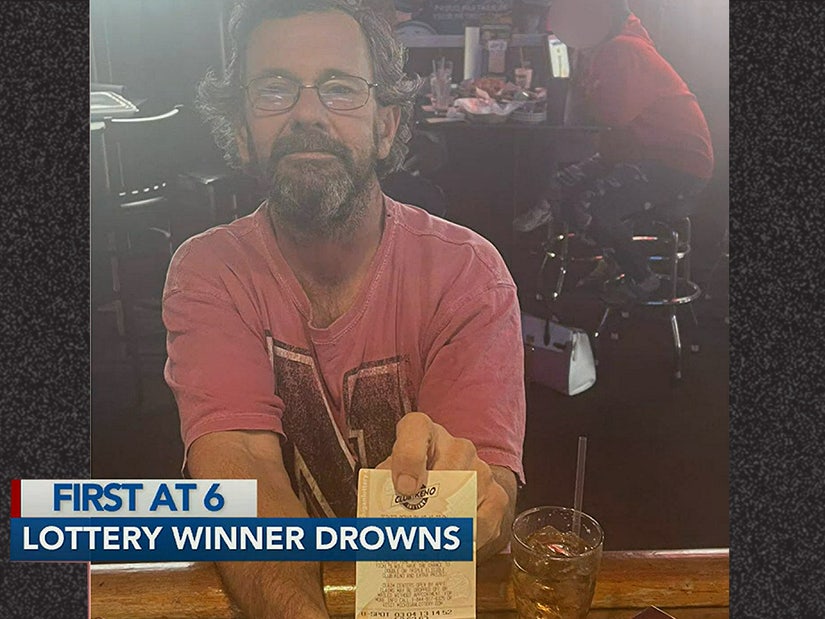 He had tried to cash it in — but couldn't.

A Michigan man who hit a lottery jackpot died before he got to collect his winnings.

The body of Gregory Jarvis, 57, was found drowned on Friday, with the $45K winning ticket still in his pocket.

Friends say he had tried to cash it in, but because his old social security card was so beat up, he had to wait on a new one before he could claim it.

Jarvis was at the Blue Water Inn on September 13 playing the Club Keno add-on game "The Jack," when he hit the jackpot. Owner Dawn Talaski told ABC12 she was there when word went around the bar that someone had won 'The Jack'; somebody asked Jarvis if it was him — and he confirmed.

"He was super excited he won," she said, adding Jarvis was "a very nice guy, he was here everyday."

Six days later, Jarvis was back at the bar buying rounds, but told Talaski he still hadn't claimed his winnings. "He couldn't cash it because he didn't have a social security card... it wasn’t any good," she said. "So he applied for a new one."

He walked out of the bar that night — and it's believed to be the last time anyone saw him alive.

Talaski said she thought something was amiss when he didn't return to the bar as usual the next day... or in the days after that. "Sometimes he's up north working, he wasn't here all week and we thought, something is wrong," she said.

When Jarvis's boss came into the bar the following Wednesday reporting he had not shown up for work, Talaski knew there was definitely something wrong. Worst fears were confirmed just two days later when on Friday morning, a resident found a body washed ashore beside a boat, on a private beach in Caseville. Both boat and body turned out to be Jarvis's.

"We are thinking that he was tying up his boat, slipped and fell, hit his head, and that's where he ended up in the water," Caseville Police Chief Kyle Romzek told the outlet, adding that no foul play is suspected.

When investigators learned about the lotto win — and found the unclaimed ticket still folded in his wallet — it did initially raise some suspicions, and they investigated further.

"At first, we were concerned about it but after the autopsy, and we interviewed people at the bar, he was well-liked around here, he was nice guy, so that was kind of ruled off the table," Chief Romzek said.

The Michigan Lottery Commission confirmed to ABC12 that all prizes above $600 require a photo ID and social security card. They also confirmed that Jarvis's relatives have been giving the winning ticket. According to Talaski, that is who he was planning on spending it on.

"He was planning to take that money and go see his sister and his dad in North Carolina," she said.