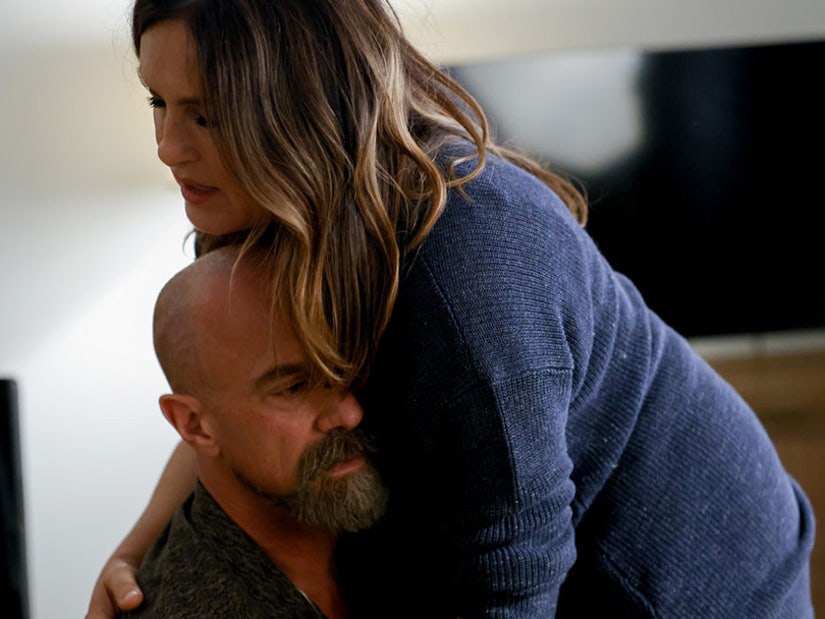 It's another action-packed "Law & Order" crossover, but it's when a drugged Stabler arrives on Benson's doorstep ready to drop truth bombs that fans can't handle.

Ever since Elliot Stabler (Christopher Meloni) returned to the "Law & Order" universe, fans have been waiting for some closure between him and Oliva Benson (Mariska Hargitay) and all that steamy tension that seems to hang in the air.

They've also been waiting patiently (since April!) to find out what was in that letter that he gave her upon his triumphant return. Sure, he's been busy starring in his own spinoff, "Organized Crime," but that's no excuse. It's also what crossover are for.

"Special Victims Unit" and "Organized Crime" staged just such a crossover as part of a massive night of "Law & Order" Thursday night. So what better time to address the elephant in the room.

As we've come to expect, there was plenty of tension between Stabler and Benson, but they've learned to lean into the job and just let it simmer on the back burner. Well, in this week's episode, as things got complicated undercover, Stabler found himself drugged.

He managed to extricate himself from a situation where he might have exposed his real identity -- because the drugs were clearly inspiring some truth telling -- but instead wound up on Benson's doorstep. 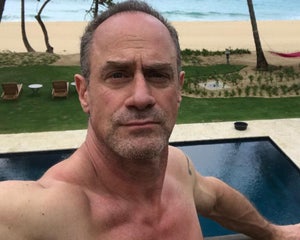 Christopher Meloni Says He's Cool with Being Called a 'Zaddy'

That's when he dropped the biggest bombshell of the three-hour "L&O" night. "I didn't write the letter," he told her. Stabler first gave Benson the letter during his big return to the franchise on April 1, shortly after his wife had died.

Its contents had not been revealed, so fans were anticipating that big reveal. Was it the love confession they've all been wanting? Something else? Little did they know there was a twist like this behind who even wrote the damned thing. Even more shocking was who did.

Benson picked up on what he was suggesting, asking him if his wife Kathy had actually written it. "Yes, it was her idea," Stabler admitted, barely able to talk clearly with the drugs ravaging his system.

Kathy thought it would be easier for him and Benson to talk after all those years if he had some thoughts written down like this already. And she had some ideas what specific thoughts he should be putting across, whether they were his truth or not! 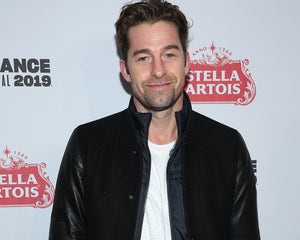 Benson then revealed that she had the contents of that letter memorized by this point -- which says a whole lot about her truth -- after Stabler said that Kathy wound up dictating a lot of it to him.

"Then what we were to each other was never real, and that we got in the way of each other being who and where we needed to be?" Benson asked.

"And if there’s a man in my life, you hope he’s the kind, faithful, devoted man that I deserved?" she continued. 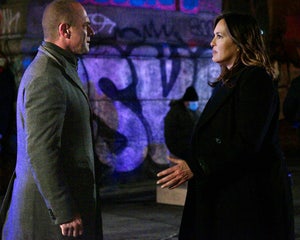 "But in a parallel universe--"

At this point, Stabler interrupted her to finish that line: "--It will always be you and I." He then added, "I wrote that. I slipped it in there before sealing the envelope." So not only did he write it, he hid that he had done so from his wife. His truth.

There was no follow-up to this revelation, though, as having unburdened himself Stabler promptly passed out. When he awoke, Benson had handed him off to his partner, Sgt. Ayanna Bell (Danielle Moné Truitt). Bell's concern was that Stabler might have blown his cover.

Fans were concerned about that really meaningful look that passed between Benson and Stabler before he passed into unconsciousness. And they were none too pleased with Kathy's involvement with that letter! 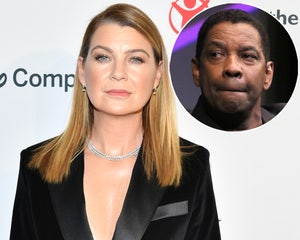 “But in a parallel universe…”

“It will always be you and I.”

I also DEEPLY need to know what happened after he touched her face, did he try to kiss her? Did she kick him out? #OrganizedCrime pic.twitter.com/1XDggN37D9

poor baby olivia this whole time was thinking what they meant to each other was never reciprocated or real … fuck kathy stabler 😭 pic.twitter.com/rj2iegylSu

The look when you find out the man you always loved has loved you right back all these years pic.twitter.com/MVRcqFbCg2

kathy stabler is burning in the deepest part of hell omfg😭 and to think i felt bad for that woman #OrganizedCrime pic.twitter.com/h7n345pBSB

ALL I HAVE WANTED FOR 23 YEARS IS FOR ELLIOT STABLER TO RUN HIS FINGERS THROUGH OLIVIA BENSON'S HAIR AND I DON'T ACTUALLY KNOW NOW IF I'M STRONG ENOUGH LORD https://t.co/j5Of8NufwP

The one positive from tonight is the confirmation, again, that Elliot has always been in love with Olivia. It was never just platonic for him. She is the one true love of his life 💕#EO #Bensler #SVU #OrganizedCrime @ilenechaiken pic.twitter.com/Palo2X4ABG

Me, feeling sorry for Kathy Stabler when the whole time she was the true villain of the story. #OrganizedCrime pic.twitter.com/JCKYvqXdlg 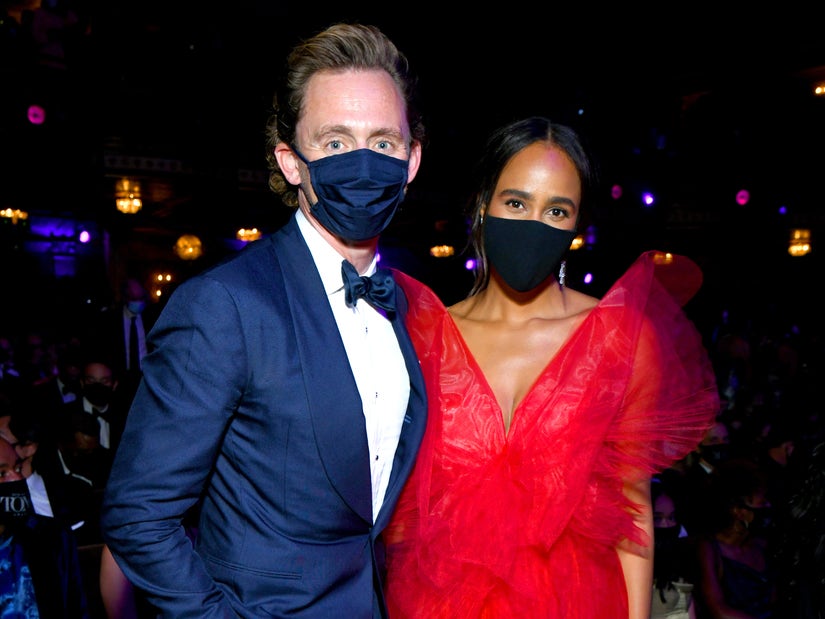