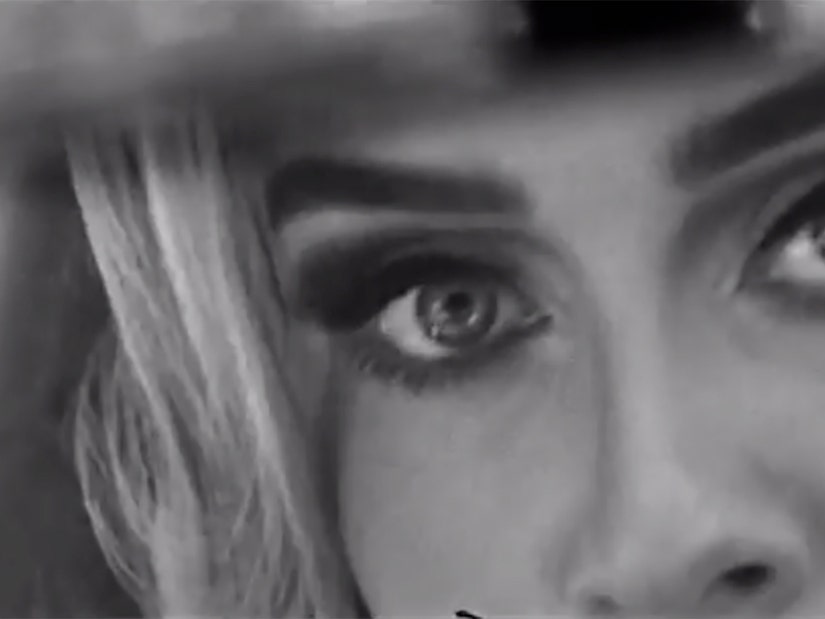 Her new single drops next week.

After teasing her return to music by switching up her social media artwork on Monday, Adele confirmed she has a single dropping very soon -- as in next week.

On Tuesday, she shared a snippet of a new song titled "Easy on Me" to her Instagram page, along with what appears to be the beginning of the music video for the track. She also confirmed the song will drop October 15th.

The clip shows her driving somewhere with a packed-up car ... could it possibly be about moving out on her own after her divorce? Stay tuned.

After six long years, new Adele music may finally be on the horizon.

On Monday, the singer changed the layout of her social media platforms and updated her profile picture to a dark blue speckled mosaic. The change only intensified fan speculation that her new era is here.

The singer has changed her social media layouts ahead of her new music. pic.twitter.com/94gNmYXmMW

The hype machine has been in overdrive lately, after Taylor Swift announced she would be dropping her re-recording of "Red" a week early on November 12.

Last week, Swift tweeted, "Got some news that I think you're gonna like - My version of Red will be out a week earlier than scheduled (including the 4 disc vinyl) on November 12th! Can't wait to celebrate the 13th with you and our new/old autumn heartbreak album."

Why the move? Well, many thought it was because another album -- namely, Adele's -- might come out on the 19th instead.

Got some news that I think you’re gonna like - My version of Red will be out a week earlier than scheduled (including the 4 disc vinyl) on November 12th ! Can’t wait to celebrate the 13th with you and our new/old autumn heartbreak album🧣😍 🎥 🎥https://t.co/FVp6xizaOG

The speculation intensified after after mysterious "30" signs and emblems began to appear all around the world. The popped up at the Eiffel Tower, Empire State Building, and Louvre, with nobody claiming ownership for them.

Adele's previous albums had been named 19, 21 and 25, so a body of work called 30 would match the naming convention of her discography. But why 30? The singer is currently 33 years old, but was 30 when she separated from ex-husband Simon Konecki in 2019. She filed for divorce later that year.

She also seemingly confirmed that's what she would title the album in a post shared on her 31st birthday. "30 tried me so hard but I'm owning it and trying my hardest to lean into it all. 30 will be a drum n bass record to spite you," she wrote on IG at the time.

Helloooo @Adele babe is that you!? #Adele30 #adele pic.twitter.com/h4egJV0lyq

People have started reporting giant blank posters popping up around the world that just state ‘30’
One in Dubai and another in Ireland 👀 pic.twitter.com/7mTfuj0JVx

adele hasn't even released the album yet and has already outdone everyone #Adele30 pic.twitter.com/VyKJra2RZB

In an interview with Beats1 in 2015, the singer explained that each album is a reflection of her experiences at each age -- but said at the time she may be through with that naming convention going forward.

"I think this will be my last age one. I'm sure I'm wrong with this but I feel there’s been a massive change in me in the last couple of years," she stated.

"I feel like how I feel about myself is maybe how I'll feel forever now ... I changed my opinions on things, changed my feelings of myself and other people and stuff," Adele continued. "But I feel like the idea of calling albums after my age is showing a photograph almost of what’s going on in my life then and there."

She concluded, "I feel like not that much is going to change profoundly in me from now on in terms of how important eras of my life are to myself."

Of course, her life did change pretty profoundly just a few years later, after Adele filed for divorce from Konecki in 2019. The divorce was finalized in 2021. The two share a son, Angelo.