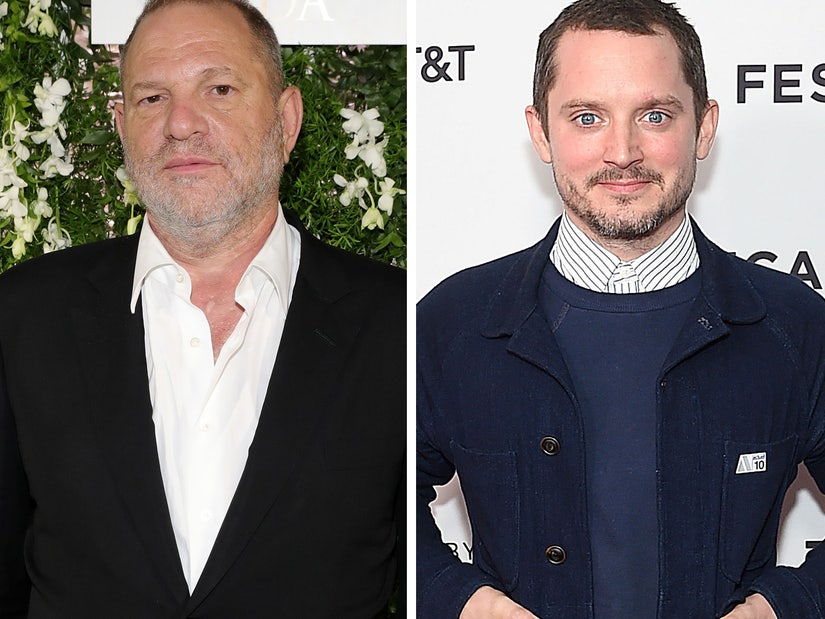 One zing to rule them all.

Do you know how the orcs first came into being? They were elves once, taken by the dark powers, tortured and mutilated. A ruined and terrible form of life.

And according to Elijah Wood, one of 'em is Harvey Weinstein.

The "Lord of the Rings" star has revealed that one of the evil orcs in Peter Jackson's fantasy epic was specifically designed to look like the disgraced producer — as an F.U. to Miramax. 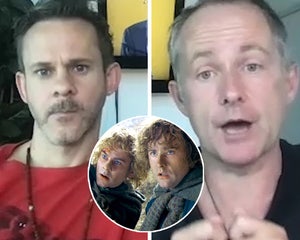 Dominic Monaghan and Billy Boyd Discuss New Podcast, Toxic Fandom, and the Past and Future of Lord of the Rings (Exclusive)

Speaking to Dax Shepard on his Armchair Expert podcast, the 40-year-old said Weinstein made it as difficult as possible for director Peter Jackson to get the trilogy made.

As the story goes, Miramax had acquired the rights to JRR Tolkien's masterpiece in the mid 90s and even invested a few million dollars into the project; but when it became clear the films were not going to be made the way Jackson and partner Fran Walsh envisioned, Jackson asked for permission to shop it elsewhere.

"And Miramax said: 'We will only give it back to you in turnaround, but two things have to happen. One: You have to go get it set up this weekend. And two: Whoever agrees has to agree to make all three at once,'" Shepard recounted, and Wood confirmed.

"The window of time was insane," Wood continued. "They shopped it around town. Peter made a pitch video that's pretty impressive, taken to a variety of places."

"Most people were balking at the notion of doing more than one film. The popular opinion was, 'No, you have to see how [the first movie] does and then invest the rest of your money.'"

Ultimately, it was New Line Cinema who took the "insane, incredible risk" of filming all three at once. "Miramax thought there was no chance in hell," Wood recalled.

The Lord of the Rings trilogy would, of course, go on to become one of the most successful film franchises of all time. Its conclusion, "The Return of the King," won 11 Oscars — tying the all-time record with "Titanic" and "Ben-Hur" — including Best Picture.

It also won the Oscar for Best make-up ... which is interesting because, per Frodo Baggins himself, one orc in particular was a not-very-flattering nod to the man who would have scuppered the project.

"It's funny, this was recently spoken about because Dom [Monaghan, who played Merry] and Bill [Boyd, who played Pippin] have a podcast, The Friendship Onion. They were talking to Sean Astin [who played Samwise] about his first memory of getting to New Zealand."

"He had seen these orc masks. And one of the orc masks — and I remember this vividly — was designed to look like Harvey Weinstein as a sort of a f--- you."

While Wood did not reveal exactly which orc, there appears to be a consensus online that it was the deformed lieutenant Gothmog ... who, as it happens, is killed in the final battle after losing a fight to the only woman on the field.

Lord of the Rings crew's revenge on Harvey Weinstein: Elijah Wood reveals Gothmog mask was styled on disgraced movie mogul's face after he made life difficult for producerhttps://t.co/Kc8Bt42ZSs pic.twitter.com/6YdspWdVbV 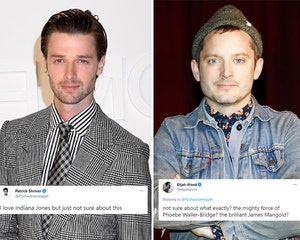