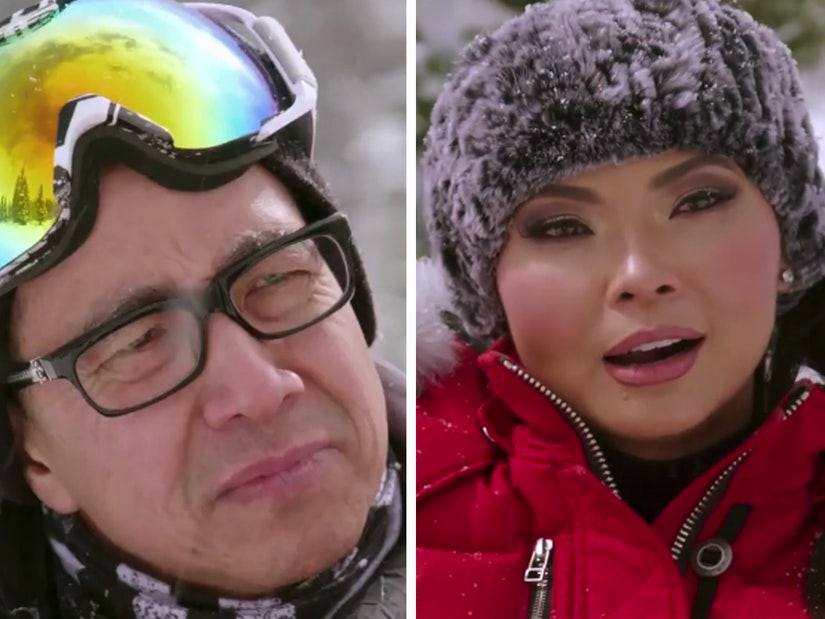 "Go, have sex with somebody else, have more kids, yeah, have fun!"

Sister wife drama finally reared its head on the "Real Housewives of Salt Lake City" this week -- after Jennie Nguyen's husband Duy proposed getting one to have more children.

So far these season, the new housewife and her husband have been at odds when it comes to having more kids. The big issue at hand: how emotionally and physically taxing it would be on Jennie, who has had 13 pregnancies and only three children from them.

"I'm older, I tied my tubes, I have three wonderful children, but Duy comes to me and is like, 'I want more kids,'" Jennie shared during a spa date with Meredith Marks and Lisa Barlow on Sunday night's new episode.

"I don't think I can handle another child. I had a lot of miscarriages. It's hard, it's emotionally draining," she continued. "I had 13 pregnancies and I end up with 3 kids and one still birth."

She went on to open up about her second pregnancy, during which she gave birth to a daughter at 42 weeks, only for her to die an hour later. Jennie said she was sedated throughout the whole experience, but her husband had to watch doctors attempt to save the newborn. When she came to, he showed up in her hospital room with a shaved head -- a tradition in her culture when mourning the death of a loved one. That's how she knew their daughter was gone.

Later in the show, she and Duy went skiing together, where he once again told her he wanted to have more children. "Why can't you just appreciate the three amazing kids you have right now?" she asked.

"I think we need to have more kids so we can help replenish this earth right now. This world's in bad shape, it needs more good people," he told her, before she explained she had no desire to "start over" with a fourth child, adding that she doesn't "have the energy to run after a 2-year-old."

Though he noted in a confessional he understands her reasoning, he added that, "deep down" he still wants more children.

"You think we're able to raise another infant, running around, diapers? You think I wanna do that? No," she told him. "Our life is wonderful right now, why would you wanna change it?"

"I want more kids," he replied, flat out. "That means adoption's out of the question, right? Same scenario. What if we get a sister wife?"

Jennie was shocked at the suggestion.

In a confessional, they both shared that in their Vietnamese culture, "it's not uncommon" to have sister wives. "My grandfather had four wives, they all got along," said Duy -- while Jennie said her own father had "multiple girlfriends."

"But is it something I went in my marriage? Hell no," she added -- before joking that, "if murder was not a felony, he would have been dead on the snow."

"This is not about our family, this is about what you want!" she told him at the end of the hour. "You're not thinking about me! Go, have sex with somebody else, have more kids, yeah, have fun! I don't want to talk to you about it. I'm pissed."

The episode ended with her storming off.