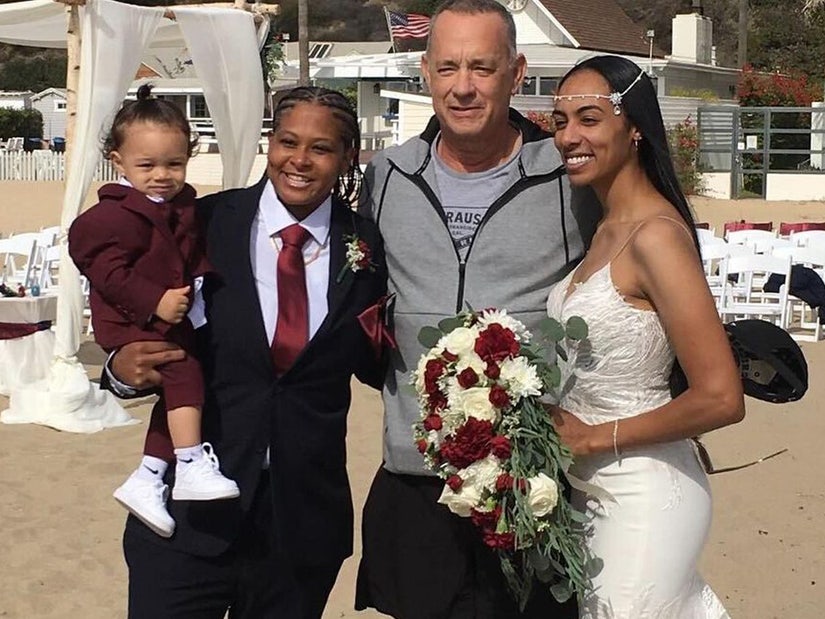 He asked for the groom — before realizing it was two brides!

Tom Hanks gave two brides the best gift ever when he surprised them at their wedding.

Last Friday, Diciembre and Tashia Farries tied the knot on the beach in Santa Monica, California, near the Santa Monica Pier. Following the ceremony, newlyweds were taking photos with their friends and family, when the actor suddenly appeared.

As shown in footage of the incredible moment, per Daily Mail, Hanks, 65, approached the group on the beach, including Tashia and Diciembre, who was wearing a wedding dress, and asked to take a photo with the newlyweds. The Oscar winner asked if the groom "was around," before being informed that it was a same-sex marriage. And his reaction was priceless. 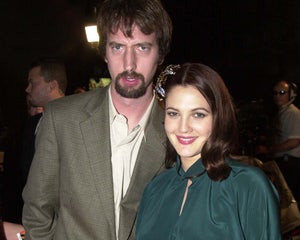 "Oh get out, oh man, my stock just exploded!" Hanks said, putting his arm around Tashia, who is a celebrity chef.

He then took photos with the happy couple and their 1-year-old son August.

"That's Woody!," guests can be heard saying in the background, referencing Hanks' character from "Toy Story."

Diciembre and Tashia spoke to "TODAY" about the encounter, with Hanks calling it "the cherry on top" for their wedding.

"We were so in our own moment so for him to walk up, it was shocking and took a second for us to realize," Diciembre said. "It was the cherry on top for our big day."

"He said he noticed the ceremony and gave us many compliments and just said we looked beautiful," Tashia said. "He gave us love advice and was just so positive and humble."

The brides shared that Hanks spent at least five minutes talking with them.

Diciembre and Tashia also opened up to ABC 7 about Hanks crashing their big day, sharing that the "Forrest Gump" star had even "asked" if he could take a picture with them. In addition, the newlyweds also explained why the fact that it was Hanks, in particular, who stopped by their wedding, made the moment even more meaningful.

"My brother passed away back in 2017," explained Diciembre, whose brother Dante shares the same birthday as Hanks. "So, it was very special to know that out of all people that could have been on Santa Monica beach that day, it was Tom Hanks. And we just kind of feel like that was my brother Dante's way of letting us know that he was there."

Hanks has surprised newlyweds on their wedding day before.

Back in 2016, the "Castaway" actor noticed a bride and groom taking wedding photos in Central Park in New York City and stopped to congratulate them, before taking some selfies with the newlyweds. He later took to Twitter at the time to offer more congratulations. Alongside a selfie of himself with the couple, Hanks wrote, "Elizabeth and Ryan! Congrats and Blessing! Hanx."