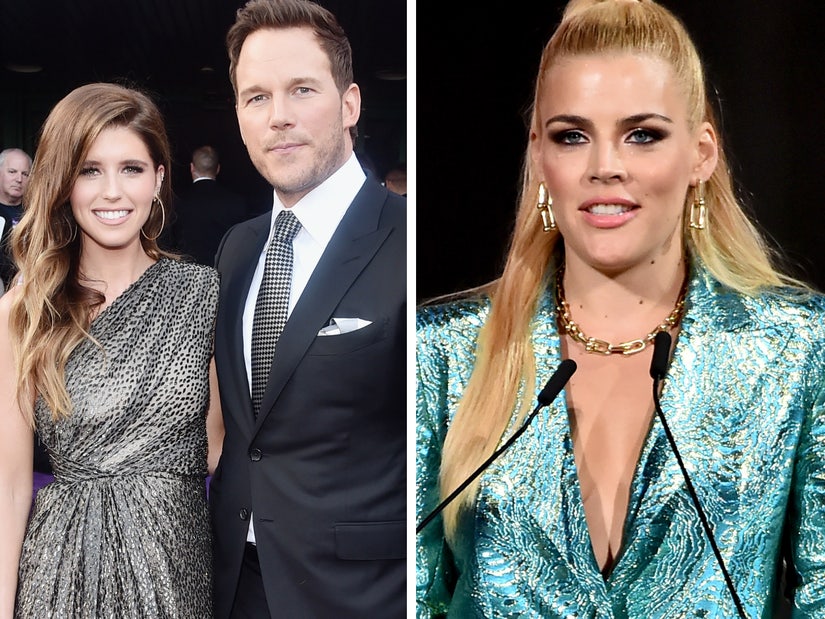 "He has possessions, and she is one of them."

Busy Philipps is chiming in on the controversy surrounding Chris Pratt and the Instagram post he shared about his wife Katherine Schwarzenegger.

Earlier this month, Pratt was hit with backlash over a Schwarzenegger tribute, with the majority of the criticism being over one specific part: when he thanked his wife for bringing him "a gorgeous, healthy daughter." Many people interpreted the comment as a "jab" at his ex-wife Anna Faris and their son, 9-year-old Jack, who faced health problems as a baby after he was born nine weeks premature, leaving him with some physical limitations.

However, Philipps, 42, took issue with several other comments Pratt, 42, made about Schwarzenegger, 31, including when the "Guardians of the Galaxy" star described his wife as  "greatest treasure right next to my Ken Griffey Jr Upper Deck Rookie card." (See the full caption in Pratt's post, below.)

On Tuesday's episode of her podcast, "Busy Philipps Is Doing Her Best," Philipps slammed the actor for the post, which she described as "bulls---", saying it came off like he was "patronizing" his wife.

The actress first noted that she was friends with Pratt "years ago," sharing that she went on vacation with Pratt and Faris when the latter was pregnant with Jack. "I knew him in the before times, I don't know him now," she said, before reacting to the post. "Holy s---. Either like you're the dumbest mothef---er on Earth, or you're a real righteous asshole."

When her co-host Caissie St. Onge asked if Pratt wasn't "a smart person when [they] hung out before," Philipps said, "Real talk. I don't know. He drank a lot," but added that Pratt was "super nice" and "funny." She also claimed he was a "doomsday prepper" at the time.

As for his tribute to his wife, Philipps said it felt "so f--king weird" to her and she didn't "understand any of it."

The "Cougar Town" star then addressed her listeners, saying, "My ladies ... you're probably not the type of lady that will laugh enthusiastically if you're with a man and he starts to make very tired gender jokes about responsibilities and duties and even like, the f--king tired bit that he's doing which is, 'She runs the show I occasionally open a bag of pickles.'" 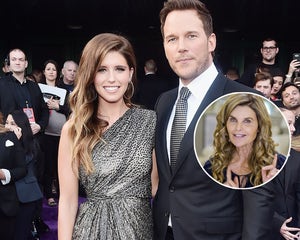 The "Girls 5 Eva" actress continued to explain why she took issue with Pratt's words, saying that it was an example of men "acknowledging their power" and "patronizing their spouse."

"What she does in their household is probably a lot. She probably does a lot of the domestic labor. They have a kid and whatever," Philipps said of Pratt, who shares 14-month-old Lyla with Schwarzenegger. "That is actually legitimately a lot of f---ing work. But by the way he's talking about himself, putting himself in it, in the center of it, it makes it seem like it's bulls---."

Philipps then appeared to reference Pratt's comment in which he said Schwarzenegger is his "greatest treasure right next to my Ken Griffey Jr Upper Deck Rookie card." She said, "He has possessions, and she is one of them."

While Pratt has yet to address the criticism directly, he appeared to respond to the backlash in a video posted to his Instagram Stories last Friday. In the clip, the "Parks and Rec" alum admitted that he had gone to bed the night before "really kind of upset and depressed." He said he "woke up feeling crappy" and was uninterested in getting his morning workout in. 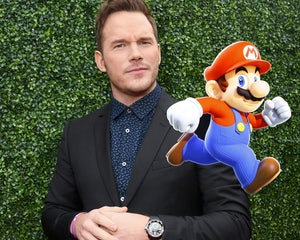 One day later, Maria Shriver, Pratt's mother-in-law, came to Pratt's defense amid the backlash, sharing a supportive comment on his tribute to Schwarzenegger.

She continued, "i love you chris keep being your wonderful self rise above the noise your kids love your family loves you your wife loves you what a beautiful life i'm proud of you xo." 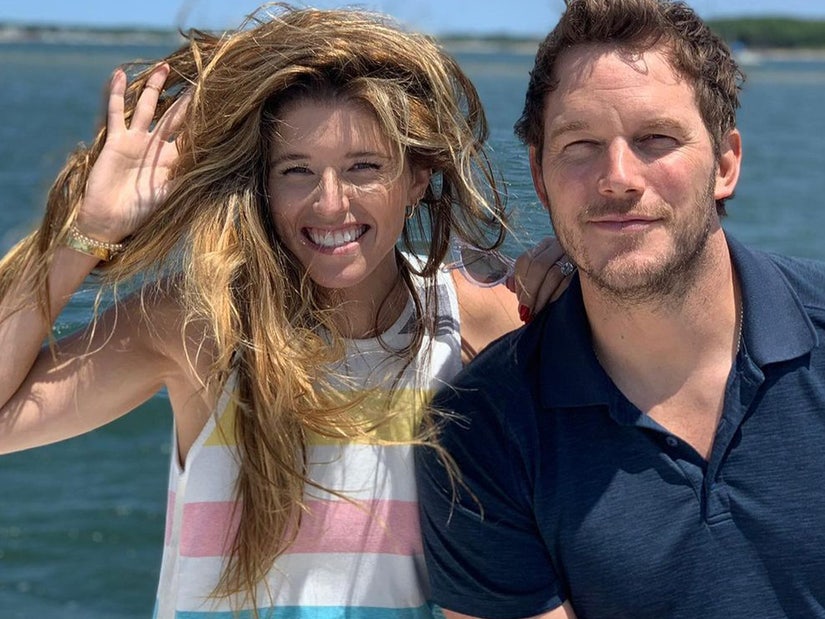