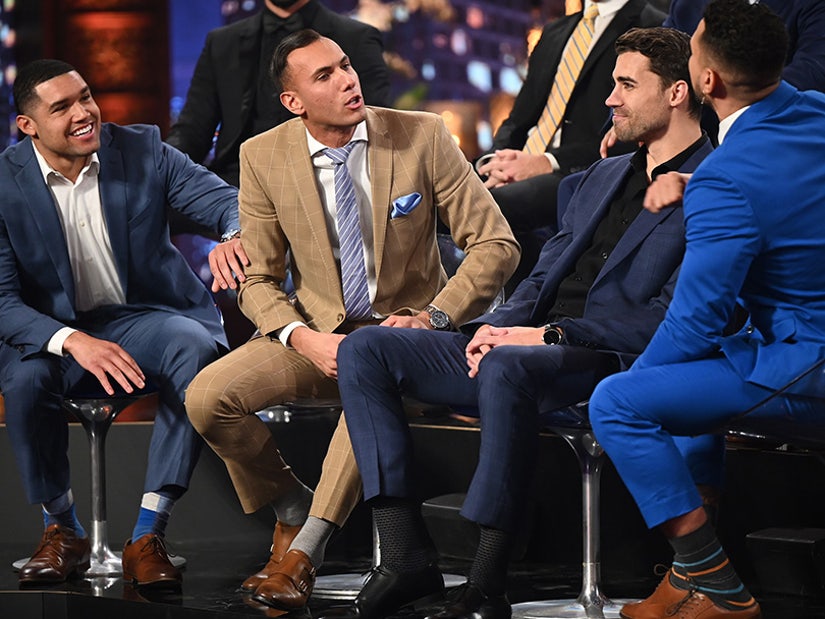 "Pizza Boy" Peter and Will still have plenty of beef, Ryan is confronted about his creepy "Bachelorette" playbook, Martin has to face his ugly exit words and more!

As always, it's a wild and emotional night as "The Men Tell All" on a special Monday edition of "The Bachelorette."

Michelle Young did eventually join her "gaggle" of dumped guys, but before she did, they had plenty of laundry of their own to air out and try to work through.

Unfortunately, it looked like a lot of the bad blood the boiled during the season remains red hot even though they've all left production. And in some cases, the time apart seems to have only deepened resentment. 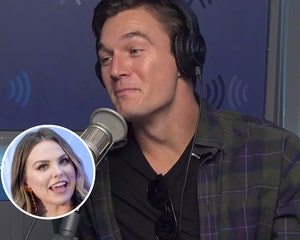 And for some of the more problem children of the season, the time away hasn't done much at all in the way of self-reflection. Villains Jamie and Martin and Chris S and even Peter all showed up with their chips firmly in place on their shoulders, ready to spar.

They even convinced Ryan, who was booted Night 1 for having a "Bachelorette" playbook filled with tips and pointers on how to be a great reality show contestant, how to seem interested in Michelle and on on and on. Could he justify that? Would he try?

It wasn't all tension, though, as fan-favorites Rick and Rodney got their time to talk. And, of course, we got the always popular bloopers, as well as sneak peeks at the rest of Michelle's journey and the tumultuous new season of "The Bachelor," starring Michelle's cast-off, Clayton Echard.

You can check out all the most explosive moments right here!

There was definitely no love lost between "Pizza Boy" Peter and Will during their time on the show, and the time away after they'd left the show did nothing to soothe bruised egos or tempers.

Peter still carried himself like a petulant child through much of the reunion, but we'll give him kudos for how he wrapped the two-hour special. But Will was equally relentless, stooping right down to the level Peter showed during the show when he tossed the jacket in the pool.

In fact, when asked about that, Peter never apologized or even really owned that his behavior was immature or inappropriate. Instead, he offered "context."

"We’re all having fun, nobody’s throwing shots at anybody, and then Will decides to come out and call me a narcissist," Peter said when asked about the jacket. "I was confused and perplexed on why this man would call me a narcissist when literally he knows nothing about me whatsoever."

"What people don’t realize because you only get a snippet of Peter is that he’s awful all day long," Casey explained. "He walks into the room with catchprahses like buh-buh-buh-buongiorno … There’s 30 guys but only one person can’t shut the f--- up!"

At the close of their segment, Peter even dramatically had a guy come out and "serve" Will with papers for defamation of character. Were those papers real? Will didn't seem to take it that way. And it may well not matter.

At the end of the hour, as a gesture of goodwill -- and to promote his pizza restaurant (more) and redeem the flavor that Will had been smearing -- Peter brought a slice for everyone in attendance. Even Will had to admit, "This one's better than the one I tried."

And then, in the most surprising moment of the night, Peter offered to shake hands and let bygones be gone. As the two men shook, the papers (real or not) probably didn't matter as much anymore.

The guys had accused Peter of being there more to promote his pizza business to find love. If that's true, we'd say things worked out pretty well for him, as the closing shots of the two-hour special were a bunch of people enjoying his pizza.

Martin a Misogynist? And Was He Single?

As he did on the show itself, Martin fumbled all over himself trying to justify his extremely poorly chosen words that Romeo called a "triple whammy of misogyny."

"You called Miami women high-maintenance, you referred to them as female, and you said that Michelle was not like other girls," he told Martin.

"I was trying to give her a compliment," Martin countered. Later, when Michelle also confronted him about it, he again insisted that his intent was to say something positive, he's just not always words his with good.

He also said that he now has a girlfriend that he treats like a "queen." But before Michelle came out, the guys had some questions about this new girlfriend of his, wondering if may she wasn't so new after all.

"The rumor on the street was that through the whole process of the show, you had a girlfriend," Will said, pointing out how quickly he had an official girlfriend after he left the show.

When Martin continued to deny it, Casey jumped in, adding, "Martin, you had a girlfriend, let’s be honest. You told Peter and Peter’s the loudest mouth in the world."

"I did not come on the show with a girlfriend," Martin said. Was that careful wording, in that perhaps he and his girlfriend strategically went "on a break" so he could do the show and then reconnected after?

The world may never know, because how do you know who to trust? 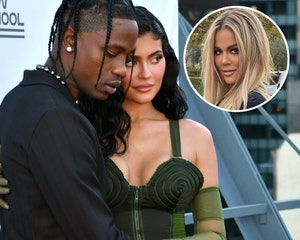 TED Talk Jamie Talks and Talks But Says Nothing

Aside from having the most expressive face in "Bachelorette" history, Jamie also has the magical ability to say a lot of words while saying nothing at all. As an example, when he was asked what he meant by saying Michelle was in "spring break mode," this was his answer.

"That’s actually a good question, because I think that what’s missing from that moment is the context of what happened. There had been this thing where I accidentally walked in too soon, while she was having an intimate moment with one of the other castmates. So the spring break comment was more so about me just being one of twenty guys."

Um, that's almost definitely not the answer to that question. And he expertly evaded question after question as the guys shared their disappointment that he created this rumor about Michelle and Joe having a prior romantic relationship and then telling her all the guys were deeply concerned about this ... and the not owning up to it.

He even tried to rewrite history when the guys were asking him to just explain why he didn't confess that he was the one who said something to Michelle about it, instead pretending that he had no idea at all.

Casey called him two-faced. "There’s two different Jamies. There’s one who’s in this room who’s telling us all, ‘You’re amazing, you’re a magnificent spirit, you’re the best, everything you can do is positive,'" he broke it down. "It’s Tony Robbins all day. And it was BS, because as soon as he got off camera, he said, ‘Yo, these guys aren’t s---, Michelle is on spring break.’ That’s Jamie."

When he started spinning answers again at another point, Romeo cut him off, saying, "Is this what you do in real life, too? It's scary. It's manipulative."

And all the while, that small smile never left Jamie's face, he never lost his composure as you could see the wheels in his brain moving and preparing for his next evasion. Even after Michelle came out, he tried to paint this rosy picture of their time together, even telling her that she inspired the coach in him to continue spreading positivity.

Again, Jamie's composure never wavered. He did ultimately apologize to Michelle and the guys, but it felt like he'd finally figured out what maybe they wanted to hear so he could deliver that to them. 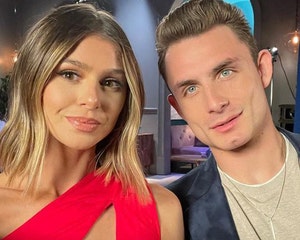 The evening was filled with other moments that resonated, but didn't take up quite as much time. At one point, Kaitlyn Bristowe took a moment to shift focus from this Bachelorette to a previous one, her co-host Tayshia Adams.

Pointing out that Tayshia didn't have her engagement ring on, she asked her how things were.

"All I have to say is that I’m heartbroken. But we tried really hard and I still love him very much, and I’m not sure what the future holds. I mean, you know how it is. It’s really tough," Tayshia told her co-host.

"I sadly do know how it is, it’s really hard. But we’re here for you and we want you to be happy," Kaitlyn said. A few moments later, Tayshia had to rush off the stage to regain her composure.

Another quick hit came from the first guy eliminated from the show, but Ryan was no more forthcoming about that creepy playbook he brought with him to help him get on TV and be a better suitor than he was when confronted in the first episode.

"There was no disingenuous action with that," he insisted, while standing by inconsistent stories as to who wrote what and whether or not he was a superfan or a noob getting advice from friends.

Pardeep, though, wasn't having any of it. "All you want to do is go viral, dude," he told Ryan. "You’re someone who desperately wanted to be on ‘The Bachelor’ your whole life. This is all you do." 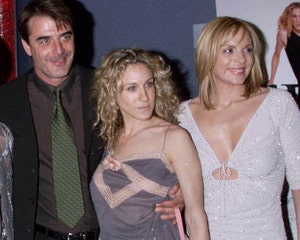 Chris S proved an equal disappointment, as buttoned up and stiff here as he was during his time on the show when he went to Michelle with the idea that some guys think they have it "in the bag," specifically referring to Nayte. In his defense, Nayte is still in it and may well have it "in the bag."

But Rick took serious issue with Chris, saying he shouldn't have talked over Michelle and even accusing him of saying worse about her appearance in an extremely vulgar way while they were roommates.

And then Olu, who Chris S accused of having a "low IQ," laid into him and it looked like it might get violent for a moment. And as Chris S confronted him with what he'd said, here was Chris S' opportunity to own up to his shortcomings and apologize. So what did he do?

"I don't have anything to say to that," he said, stiff as a board.

The ladies also spent some time talking with fan-favorites Rodney and Rick, who proved they're still just as sweet now as they were on the show. And there was nothing but love between them and Michelle after she came out.

Finally, there was a sneak peek not only of the rest of Michelle's journey, which promises more tears and heartache as she's in love with three different suitors, but a similar situation for upcoming Bachelor Clayton -- and it doesn't look like the ladies are taking that revelation (or the one that he'd been intimate with two of them) well at all!

The most dramatic season of "The Bachelor" ever? Aren't they all. You can check out those tears -- and bloopers! -- below: