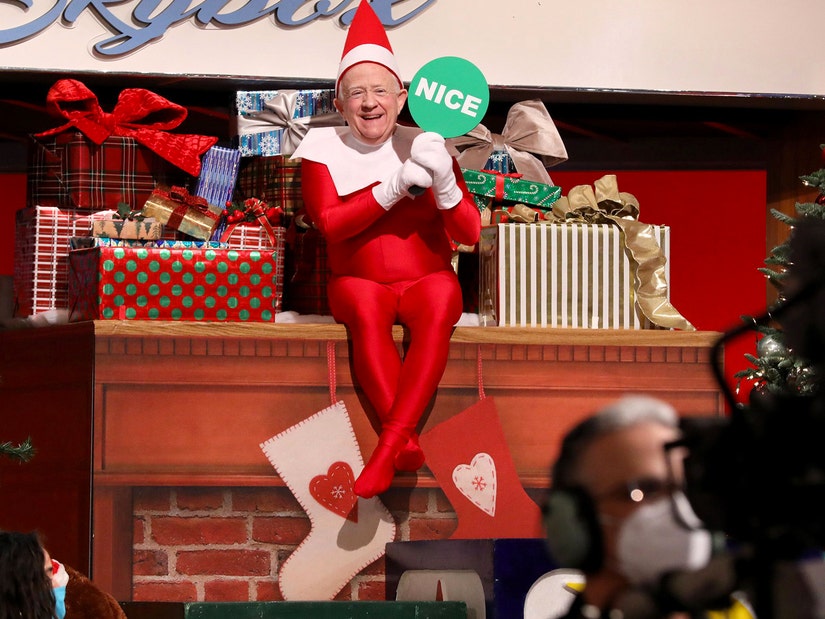 The "Call Me Cat" actor determined whether Ellen's audience is naughty or nice.

On Monday December 13, Leslie Jordan made a surprise appearance and took on a new role of becoming an "Elf on the Shelf" on "The Ellen DeGeneres Show."

The 63-year-old talk show host introduced the segment by sharing different holiday traditions around the globe before sharing an American Christmas ritual she follows "Elf on the Shelf."

"A lot of people have the Elf on the Shelf thing…where the elf doll is in your house so that your kids behave because they think the elf is watching," DeGeneres continued as she gestured to a green curtain and revealed Jordan. "I hope you've been behaving because I have an Elf on the Shelf here in the studio as well, he’s right over here."

Leslie, 66, appeared before the audience in an elf costume that featured a skin tight red leotard and told the audience that he had been stuck on a shelf for four days.

"Hey, how y’all doing?" the actor giggled as he greeted the crowd. "They put me up here to test the shelf and forgot about me."

When DeGeneres asked the actor if he needed anything after being placed on the ledge for four days he responded, "How about some of the male audience members?"

"No you women are beautiful," he clarified his sentiments and patted the seat next to him. "But I'm looking for my own elf on my shelf."

The "Will and Grace" star has become something of an internet sensation with his comedic Instagram posts and viral videos on TikTok.

His voice and popular catch phrases have become prominent sounds where users lip sync or mimic his sayings.

Jordan most recently posted a short video of himself on Instagram looking up the skirt of a huge Marilyn Monroe statue which had fans rolling with laughter.

"Hey hunker downers," he started the video. "You know things are really starting to look up!" Jordan stated as he looked up the skirt of the iconic American actress.

He captioned the video, "I have always loved Marilyn Monroe and now I guess we are the best of friends."