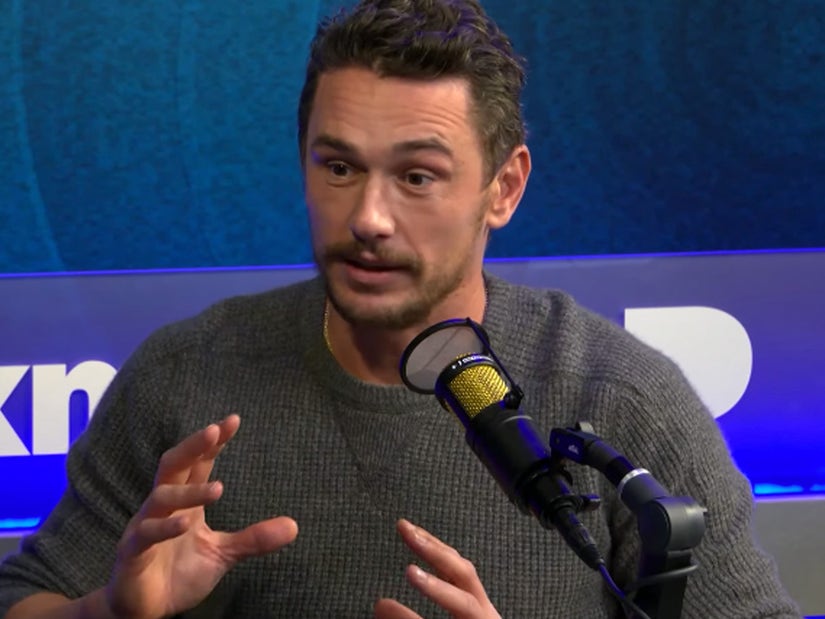 When James Franco was accused of sexual misconduct by five different women -- four of whom were students at his acting school -- in 2018, the actor didn't offer up much of a response. Now, nearly four years later, he's speaking out.

In a new interview with SiriusXM's Jess Cagle this week, Franco explained that he agreed to the interview to attempt to clear the air, after he was accused of abusing his power as a teacher in a way that was sexually exploitative in a Los Angeles Times article. At the time, Franco addressed some of the claims on Late Night with Stephen Colbert, saying some of the allegations were "not accurate," before showing support for "people coming out and being able to have a voice" during the #MeToo movement.

"Well, in 2018, there were some complaints about me and an article about me and at that moment I just thought I'm gonna be quiet. I'm gonna pause. Did not seem like the right time to say anything. There were people that were upset with me and I needed to listen," he told Cagle after being asked why he decided to speak out now.

"There's a writer, Damon Young, and he talked about, when something like this happens, the natural human instinct is to just make it stop. You just want to get out in front of it and whatever you have to do, apologize, get it done. But what that doesn't do is allow you to do the work and to look at what was underneath," he continued. "Whatever you did, even if it was a gaffe or you said something wrong or whatever, there's probably an iceberg underneath that, of behavior, of patterning, of just being blind to yourself that isn't gonna just be solved overnight. So I've just been doing a lot of work. And I guess I'm pretty confident in saying like, four years, you know? And, I was in recovery before, for substance abuse. And there were some issues that I had to deal with that were also related to addiction. And so I've really used my, my recovery background to kind of start examining this and changing who I was."

Among the allegations he was faced with, the women accused Franco of using his Sex Scenes class to "create a steady stream of young women to objectify and exploit."

"The stupidest thing I did, or one of the stupidest things I did at the school was I called one of my classes, a masterclass 'Sex Scenes.' It was not about sex scenes. I was not teaching people how to do sex scenes or intimate scenes or anything of that nature. It was a provocative title," Franco told Cagle. "It should have been called Contemporary Romance or something like that. It was a class where they did scenes about whatever their romance is, you know, what they go through as young people. So meeting people on, you know, dating apps or breakups, or, you know, just a bad date, stuff like that. That's what was being done in that class. It was not sex scenes."

When Cagle specifically asked about the lawsuit saying Franco's class was simply "a pipeline of young women who would be subjected to his personal and professional sexual exploitation in the name of education," the actor admitted to having sex with some of his students.

"Look, I'll admit I did sleep with students. I didn't sleep with anybody in that particular class. But, over the course of my teaching, I did sleep with students and that was wrong" he said. "It's not why I started the school and I wasn't the person that selected the people to be in the class. So it wasn't a master plan on my part. But yes, there were certain instances where, you know what I was in a consensual thing with, with a student and I shouldn't have been."

The actor was also asked about the "power imbalance" between student and teacher, especially a teacher as famous as Franco. "I suppose at the time, my thinking was if it's consensual, okay," he responded. "At the time, I was not clearheaded as I've said. I guess it just comes down to my criteria, which was like, 'If this is consensual, like, I think it's cool. We're all adults.'"

During the interview, Franco also said he's struggled with sex addiction, after overcoming an alcohol addiction in his teen years. He said he's been in recovery for the former since 2016.

"Along the road of trying to get success and climb the top of that mountain, attention from women, success with women also became a huge source of validation for me," he explained. "The problem with that is like, like any sort of drug or anything, there's never enough."

He said that his sister-in-law got him a book about sex and love addiction and he realized that it was describing him perfectly. "I had inklings like, okay, maybe this is an issue," he continued, saying that he always wanted to be in a serious relationship, but "didn't know how." Added Franco: "After reading that book, it was like, 'Oh, this is an issue that I'm not gonna solve on my own.'"

Franco said he "could never be faithful to anybody" in his past and "cheated on everyone" before his current girlfriend Isabel Pakzad. He admitted he had been "completely blind to power dynamics or anything like that, but also completely blind to people's feelings." Franco then added that he "didn't wanna hurt people" but "couldn't be present" for anyone he dated -- and "the behavior spun out to a point where it was like I was hurting everybody."

Speaking a bit more about Pakzad, who he started dating before the allegations came out and who he is still dating, Franco said he was "willing to bet" the allegations were "very hard for her."

Saying she got to experience "a little bit of the fun stuff" with the success of "The Disaster Artist" before the allegations, Franco said she was then exposed to the flip side of fame once they came out.

"She's incredible. I'm so, I am so lucky that I found her," he added, before calling her "smart, funny, gorgeous."

While she wasn't an actress when they met, she started getting the acting and directing bug. "We share all these interests and she's directing now. I'm just so lucky," he added. "So yes, there are a lot of good things have come out of this last four years and, and Isabel's probably the, the biggest."

The actor also spoke about his falling out with Seth Rogen -- click here to see what he said.