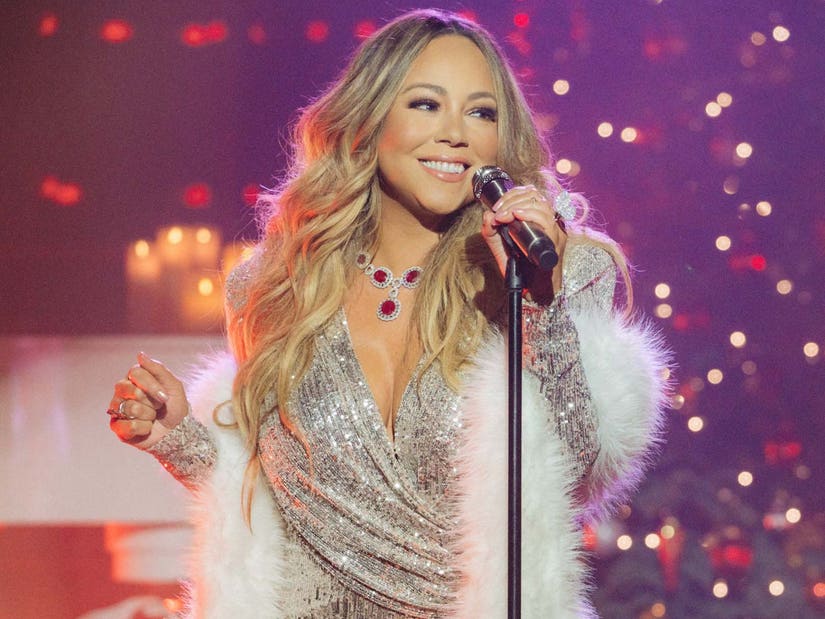 The pop diva’s Christmas hit is a gift that keeps on giving every holiday season.

The unofficial queen of Christmas, Mariah Carey, has broken streaming records once again with her holiday smash hit "All I Want For Christmas Is You" which is projected to reach 1 billion streams by the end of the year and garnered nearly $60 million in royalties.

Carey's famous holiday tune first hit the charts back in 1994, however it took the single 25 year before it reached its place at number one on Billboard's Hot 100 list. The song has consistently surged in streaming numbers post-Halloween and well into the holiday season.

"All I Want For Christmas is You" currently holds 975 million streams on Spotify and is expected  to reach a billion streams by the new year. Mariah earns at least one cent every time the song plays and in 2019, she made an estimated 1.7 million from streams alone. In 2020, that number grew to 1.9 million.

Starting the day on a high note! Merry Christmas Eve, everyone!! ❤️❤️🥳🎄❄️💝❤️❤️ pic.twitter.com/Lt9Ank6RNG

The "Emotions" singer has reportedly earned $60 million in total off of passive streaming revenues since the song's release.

Mariah also celebrated the coming of Christmas Eve by sharing a video of herself hitting an insane whistle note to Twitter in honor of her favorite holiday.

Carey wore a black beanie and a puffer jacket over her holiday themed velvet jumpsuit, as her Christmas hit played in the background. "Starting the day on a high note! Merry Christmas Eve everyone!!!", she captioned the clip.

Earlier this week on Tuesday, the 52-year-old popstar shared another festive video that featured not only the $60 million hit, but also her two dogs and twin children Monroe and Moroccan.

In the video, the diva enters a room decorated with lights and poinsettias in a glamorous red floor length gown and begins to sing her tune.

As Carey belts out the beginning of her hit "All I want for Christmas…" Moroccan and Monroe finish the lyrics by jumping and shouting "You!" which prompted a howling reaction from their furry pets.

Mariah captioned the clip, "All I Want For Christmas Is… [two dog emojis]."