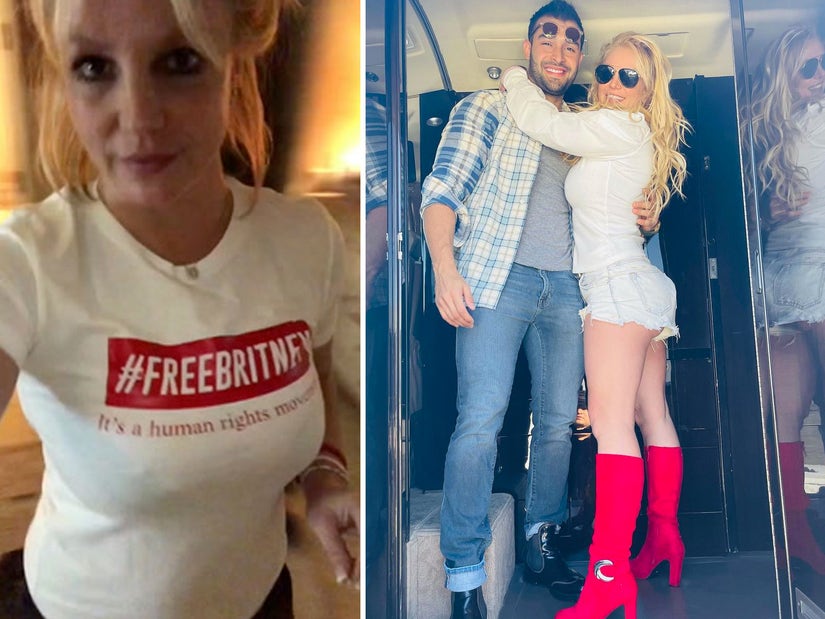 "This conservatorship is doing me way more harm than good. I deserve to have a life."

Over a decade ago, Britney Spears was placed under a conservatorship, controlling everything from her career to how she spent her money to whether she could drive her own car. After fighting for years to escape the conservatorship controlled by her father Jamie, 2021 changed everything.

By the beginning of the year, Jamie had already stepped down as her primary conservator and Britney was fighting back against his choice for a co-conservator of her estate. Although she didn’t win her 2020 attempt to have him removed completely, her personal choice was selected to serve as co-conservator.  It was her first win to kick off the year that would ultimately bring an end to her conservatorship entirely.

When "Framing Britney Spears" was released on February 5, it ignited intense public interest in the wellbeing of Britney. The documentary, which chronicled Britney's journey from child actress to international pop star, highlighted some of the injustices she faced throughout her career. Above all, it was made clear that Britney was unhappy in her restrictive conservatorship. 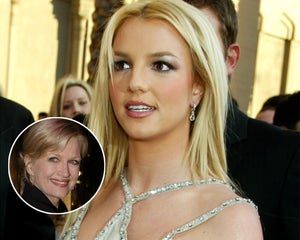 Britney's Boyfriend Sam Asghari Speaks Out Against Her Father

Shortly after the release of the film, Britney’s boyfriend Sam Asghari shared his feelings on the conservatorship and Britney’s father Jamie. He even went as far as to call Jamie a "dick," making it obvious that tensions were rising behind the scenes.

"Now it's important for people to understand that I have zero respect for someone trying to control our relationship and constantly throwing obstacles our way. In my opinion, Jamie is a total dick. I won't be going into details because I've always respected our privacy but at the same time, I didn't come to this country to not be able to express my opinion and freedom," Sam wrote.

Jamie Publicly Claims He Wants the Conservatorship to End

In early March, Jamie's attorney, Vivan Lee Thoreen, revealed that Britney's father did in fact want to see the conservatorship end. While he admitted he wasn't the "perfect dad" and didn't "always see eye-to-eye on what Britney may want," he believed he had always made decisions in her best interest.

"[Jamie] would love nothing more than to see Britney not need a conservatorship. Whether or not there is an end to the conservatorship really depends on Britney. If she wants to end her conservatorship, she can file a petition to end it," Vivan told CNN.

Britney's Lawyer Asks For Jodi Montgomery To Be Made Permanent Conservator

Later that month, Britney "requested the resignation" of her father Jamie Spears as her permanent personal conservator. Instead, she asked for his place to be taken by Jodi Montgomery, who had been serving as temporary conservator since Jamie stepped down from the position due to "personal health reasons" in 2019. 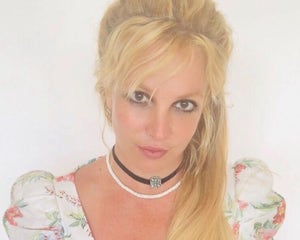 Britney Requests to Speak In Court For The First Time

In April, Britney asked to speak in court, marking the first time she would be able to voice her thoughts and opinions to the judge. Britney's court-appointed lawyer Samuel D. Ingham III made the request during a hearing regarding her father’s legal fees.

"The conservatee has requested that I seek from the court a status hearing at which she can address the court directly," he asked the judge overseeing the case.

Britney Addresses The Court With a 24 Minute Statement

Nearly two months later, Britney finally addressed the court in a powerful 24 minute statement. Fans around the world tuned in to listen to Britney speak about the past 13 years of her life, living under what she called an "abusive" conservatorship. Britney said she had been "traumatized" by her circumstances which drove her into a depression.

Britney also revealed conditions of her conservatorship including claims she was forced to perform and take lithium against her will. She also shared that she had been prevented from getting married or having a child, explaining that she had an IUD inserted that she was not permitted to remove. Additionally, she expressed her desire to choose her own legal representation.

Despite Britney's pleas in court, Judge Brenda Penny denied a motion to have Jamie removed as conservator of her estate. The decision stemmed from a motion filed by Britney's lawyer last November, asking the court to instead make the co-conservator, the Bessemer Trust, the sole administrator.

"The conservator's request to suspend James P. Spears immediately upon the appointment of Bessemer Trust Company of California, N.A. as sole conservator of the estate is denied without prejudice," the court order said, according to E! News.

During the same hearing, Jamie's attorneys reportedly submitted two filings, one of which asked the judge to investigate the claims Britney made against her father in court earlier that month. 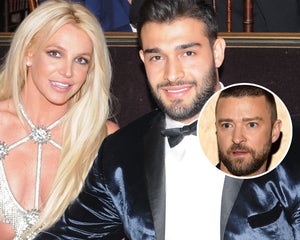 Both Britney's Attorney and Manager Resign

On July 6, Britney's attorney Samuel D. Ingham III resigned from his position, just weeks after the singer expressed her desire to choose her own representation. Though Britney said she had grown "a personal relationship with Sam" over the 13 years he represented her, she explained that she wanted the option to handpick her lawyer herself.

Shortly after, Britney's manager, Larry Rudolph, resigned after 25 years of working with her. Though he did not have anything to do with the conservatorship, he revealed he had not been in contact with Britney for over two years and did not know she had been voicing her desire to retire.

"It has been over 2 1/2 years since Britney and I last communicated, at which time she informed me she wanted to take an indefinite work hiatus. Earlier today, I became aware that Britney had been voicing her intention to officially retire. As you know, I have never been a part of the conservatorship nor its operations, so I am not privy to many of these details…As her manager, I believe it is in Britney's best interest for me to resign from her team as my professional services are no longer needed. Please accept this letter as my formal resignation. I will always be incredibly proud of what we accomplished over our 25 years together. I wish Britney all the health and happiness in the world, and I'll be there for her if she ever needs me again, just as I always have been," Larry wrote in a letter to Jamie and Jodi Montgomery.

Britney Officially Hires Her Own Lawyer

During a hearing on July 14, it was revealed that Britney had selected former federal prosecutor Mathew Rosengart to represent her in court. The duo immediately got to work and during the same hearing, she announced her intent to file abuse charges against her father.

"I'm here to get rid of my dad and charge him for conservatorship abuse. This conservatorship has allowed my dad to ruin my life. I thought they were trying to kill me," Britney said in court, adding that her dad "needs to be removed today."

Britney's Lawyer Files a Request For a New Conservator

Just days after being appointed, Mathew Rosengart filed a petition to remove Jamie from his position as Britney's conservator of estate and instead replace him with Jason Rubin, a CPA who specializes in forensic public accounting. He also requested that Jason be given the ability to revoke all other powers of attorney for Britney, allowing him to make further decisions and pursue professional opportunities on Britney’s behalf. 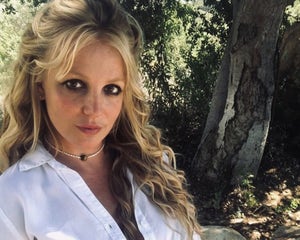 Jamie Agrees to Step Down as Britney's Conservator

In August, Jamie announced his decision to step down as conservator, although there was no set timeline in place to do so. In a filing, his lawyer expressed that Jamie intended to work with the court and Britney’s attorney to prepare for a transition to a new conservator although she believed there were "no urgent circumstances" justifying his immediate suspension.

She also noted that there were "no actual grounds for suspending or removing” him and cited his “public battle with his daughter" as his primary reasoning for stepping down.

On September 7, Britney's father filed a petition to end her conservatorship, although it still needed to be approved by a judge. In the document, Jamie wished the best for his daughter.

Jamie Is Officially Suspended as Conservator

On September 28, Jamie was officially suspended as conservator of Britney's estate. The judge expressed that she believed the suspension was "in the best interests of the conservatee" and that the "current situation is untenable."

While the ruling only removed Jamie from Britney's financial affairs, it proved to be a step in the right direction. Jamie was immediately replaced by CPA John Zabel.

Britney was granted freedom from her conservatorship on November 12. In court, Judge Penny ruled that "the conservatorship of the person and estate of Britney Jean Spears is no longer required." 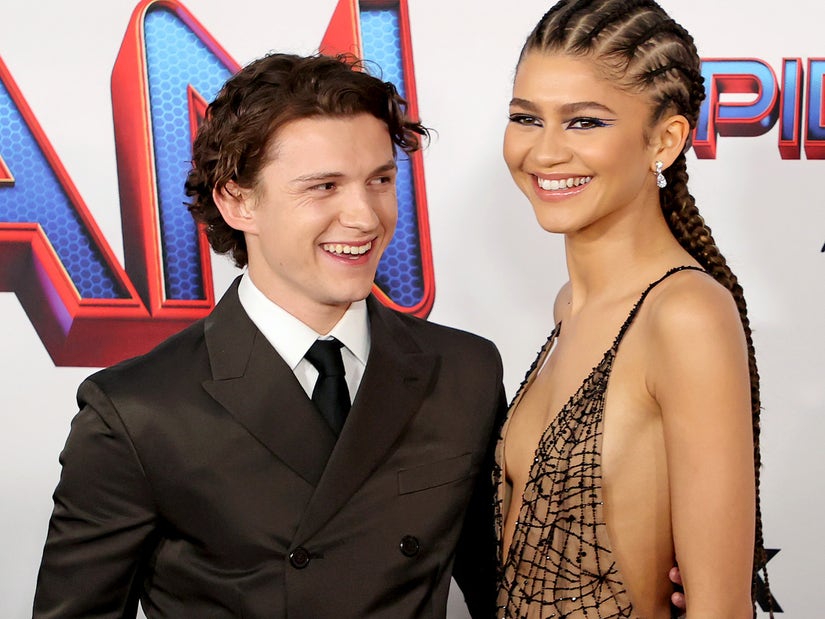