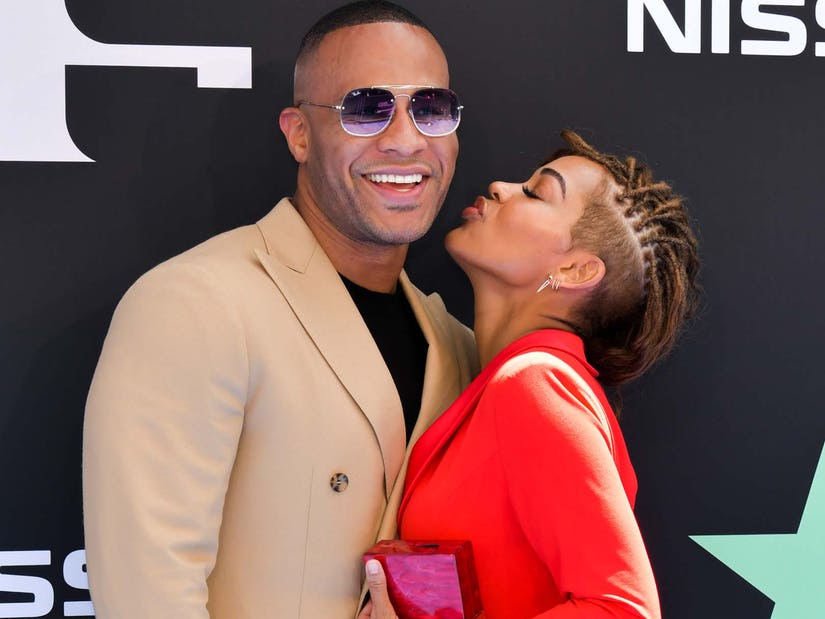 A crying Franklin is "fully in pain and peace," while Good reflects on "lowest gut wrenching soulbreaking lows."

After Meagan Good and DeVon Franklin announced their split, the two both had a few things to get off their chests as they start 2022 solo.

Good's ex shared an emotional image of himself with his followers on New Year's Day as he opened up about his hopes for the coming year following the separation.

In the photo, a tear can be seen streaming down his cheek.

"I share this with you because it is the most honest way to start this year," the 43-year-old continued. "So often I've come into a new year with all the things I hope to do better and I would carry around this feeling of 'I didn't do enough last year' or 'I'm not enough so I must do…more.' I'm breaking my addiction to the 'new' and working on being fully committed to what's 'true.'"

"I am fully in pain and peace as we start 2022," Franklin concluded. "And that's the truest place for me to be. As the great philosopher Wyclef :) said: 'I'll be gone til November' … meaning I'm taking a break from posting on social for a while, maybe not until November but you get the point. Thank you for your prayers, I feel each of them and I'm praying you … here's to the true."

Meagan, meanwhile, reflected on the year as well on her own page -- sharing a stunning series of photos of herself where she's seen without her wedding ring.

"2021…you brought me the highest life changing affirming highs..and the lowest gut wrenching soul breaking lows," she began her caption. "Although I'm grieving ... I'm also in glorious awe and thankfulness to you God. 2021, all endings are also beginnings, so goodbye m'dear. 2022, can't wait to see what the beginning of this next act of life brings. Lord I trust you."

In late December, the former couple announced their decision to divorce after nine years of marriage. The two filed for divorce on December 20, citing irreconcilable differences.

​​"After much prayer and consideration, we have decided to go into our futures separately but forever connected," the two said in a joint statement to E! News. "We celebrate almost a decade of marriage together and a love that is eternal. There's no one at fault, we believe this is the next best chapter in the evolution of our love."

"We are incredibly grateful for the life-changing years we've spent together as husband and wife," the statement concluded.