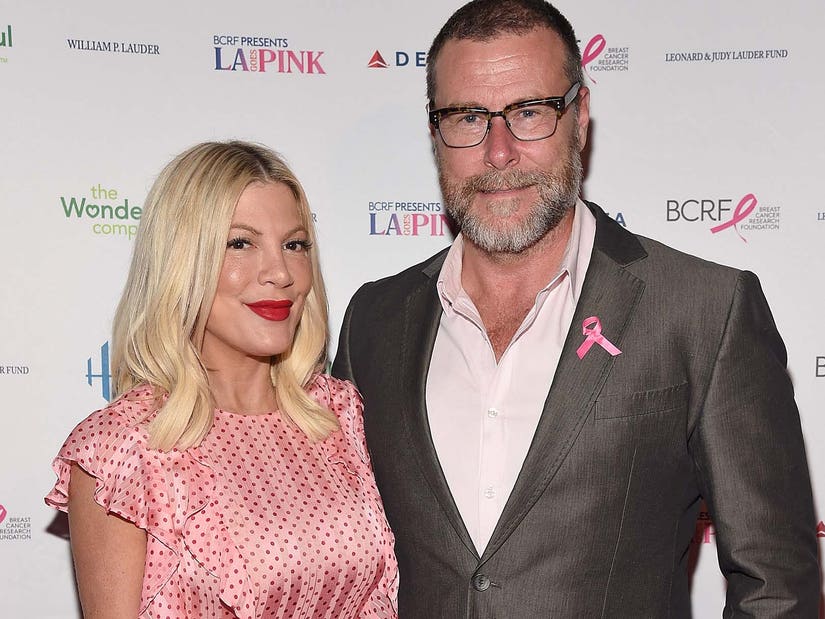 McDermott was MIA as Spelling and their children celebrated the arrival of 2022.

Tori Spelling and Dean McDermott decided to spend the holidays apart, amid ongoing rumors of trouble in their 15-year marriage.

On January 1, Spelling took to Instagram to share what she and her kids did for New Year's Eve this year. The 48-year-old actress apparently took her children she shares with her husband -- Liam Aaron, 14, Stella Doreen, 13, Hattie Margaret, 10, Finn Davey, 9, and Beau Dean, 4 -- on a trip to Lake Arrowhead for the festivities.

Posing in front of a Christmas tree at the Lake Arrowhead Resort and Spa, Spelling wrote, "The kiddos and I were so excited to continue our family tradition since my oldest were babies. My parents used to bring my brother and I here growing up. I wanted my kids to continue that tradition. I can't wait for my kids to bring their kids here one day!"

While Liam wasn't pictured, she noted he was the one taking the photo.

The "90210" star shared a second photo of the kids smiling as they stood in the snow dressed in their winter gear.

"My 5 little cuties snowbound...In Lake Arrowhead Village. Same pic I've taken for 13 years,” Spelling started the caption. "Love my big beautiful family. They teach me everyday how to be the human I want to be. Love you Liam @liammcdermott2007, Stella @stella_mcdermott08, Hattie, Finn, and Beau."

As for why Dean was MIA, he explained on his own page that he was spending the holiday solo because he was feeling under the weather. McDermott shared a video explaining his ailments and wished his followers a Happy New Year as he was "sick as a dog."

He captioned the post "Happy New year Everyone!!! I'm down but not out!! Pneumonia sucks, but I'm not going to let it dampen my spirits!! I hope your 2022 is full of love, light and prosperity. Much love to you all."

Back in November, the 55-year-old actor was also absent from his family’s annual Christmas card, which only added fuel to speculation that the couple were no longer together. Spelling denied the rumors by responding to a fan who insinuated something was amiss with her other half.

The follower sarcastically commented on her post, "Dean must be 'working' out of town and couldn't get home in time for the annual Christmas picture." They also included a winking and eye roll emojis.

"Fact: @imdeanmcdermott was filming his new feature film in Canada," she clapped back, while adding a Canadian flag emoji.