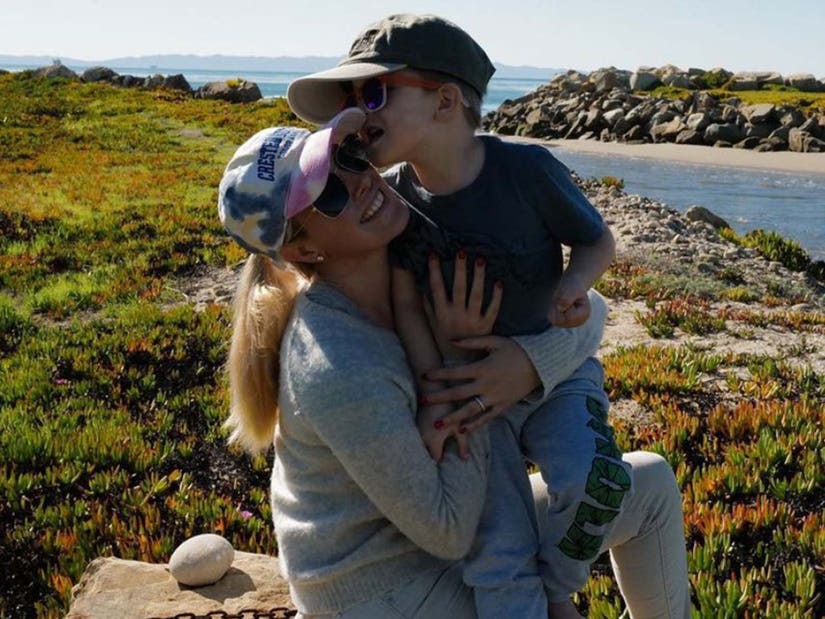 "I never thought it would be so hard trying to have another. I am trusting God’s plan and if we only have one I am so thankful for this miracle!"

Hedi Montag revealed her personal highs and lows when it came to her journey with motherhood.

The reality TV star and her husband Spencer Pratt got candid about their struggle with conceiving a second child after trying for more than a year.

Montag shared the message with fans on Instagram on Tuesday accompanied by a carousel of sweet images of herself with her son Gunner.

"So thankful for my angel I never thought it would be so hard trying to have another. I am trusting God’s plan and if we only have one I am so thankful for this miracle!” she captioned the post.

This isn’t the first time the 35-year-old has shared the couple’s lengthy journey in conception, back in August 2021, Montag took to YouTube to open up about undergoing a hysteroscopic polypectomy procedure which would remove uterine polyps which are noncancerous growths that attach to the inner wall of the uterus which may be associated with infertility.

"I'm just reflecting and so thankful," she continued. "I think it's the perfect timing and meant to be. I'm so thankful I didn't have other problems and complications from this."

Back in May 2021 in an interview with Entertainment Tonight, the couple admitted that their reality show had been a cause for stress. Pratt had even partially blamed the drama of the show for their inability to welcome a second child.

"Usually these shows are a lot -- for us -- more fun to film. This is the most stressful shooting of anything we've done," Pratt stated at the time. "I don't think it's anything to do with anything other than Heidi was so stressed out, dealing with more drama from behind the scenes, on camera, so I think that's why we haven't been able to get pregnant."

The second season of “The Hills: New Beginnings” was filled with talks of the couple trying to conceive another baby and consisted of high emotions and pregnancy tests.

Montag admitted in a July 2021 episode, "It's been a really tough year. Spencer and I have been trying to get pregnant, which obviously hasn't happened yet. Our finances have really been struggling because of COVID."