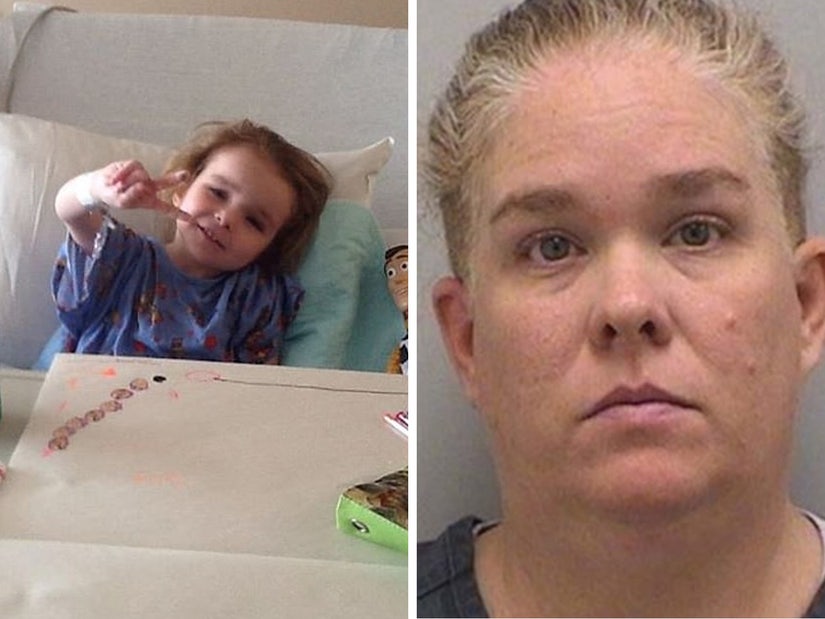 She claimed hundreds of thousands of dollars through insurance, charities and donations for her 'sick' child — whom she was later found to have killed.

The 43-year-old had pled not guilty to the murder of 7-year-old Olivia Gant, whose illness she was accused of faking for insurance payouts and charitable donations; when the child's body was exhumed as part of the investigation, it showed no evidence of her supposed terminal illness.

The first-degree murder, attempt to influence a public servant and second-degree forgery charges were all dismissed as part of the deal.

Turner is scheduled to face sentencing on February 9.

A seven-year-old girl who captured hearts as she fought a losing battle against terminal illness may have been killed by her mother instead.

Kelly Renee Turner has been charged with the murder of her daughter Olivia Gant, after her body was exhumed and showed no evidence of the illness she supposedly died of.

The 41-year-old had claimed hundreds of thousands of dollars through insurance, charities and donations before the child died in hospice in August 2017, receiving care she didn't need.

Doctors became suspicious of Turner when she began claiming a second daughter was also ill.

She is accused of defrauding medicaid and several charitable foundations, and fraudulently raising more than $22k on GoFundMe.

Before she died, Olivia was made an honorary police chief, and became a firefighter for a day. The Make-A-Wish foundation organized an $11k "Bat Princess" party where she worked with Batman to rescue two princesses.

Turner began blogging about her daughter's supposed condition in 2011, claiming she was terminally ill with neurogastrointestinal encephalomyopathy, a disease that attacks the body's vital organs.

She claimed over half a million dollars in medical bills through Medicaid.

Investigators interviewed 11 medical professionals who cared for Olivia during her short life. The report shows they raised concerns about Turner directing care for the Olivia, that she repeatedly ignored advice and treatment options, and that she falsified information about previous medical history. 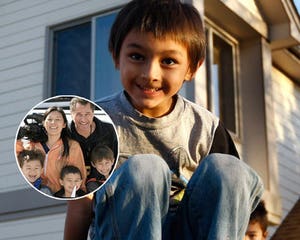 One doctor rejected Olivia's terminal malnutrition diagnosis, telling her mother that nobody dies from malnutrition in the US unless they have liver failure, which Olivia was nowhere near.

Another doctor said Turner told him that Olivia was rejecting the nutrition through the feeding tube, and he told her that doesn't happen. When he recommended decreasing her dependency on the feeding tube, she instead refused and put a "do not resuscitate" order in place instead.

The criminal investigation began in October 2018 when Turner brought her other daughter to a doctor claiming she was suffering from bone pain. She told the doctor she had been treated in Texas for bone cancer in 2016 before the family moved to Colorado.

But the doctor was suspicious; when he called the hospitals he could find no record of the girl's treatments. He told human services, who in turn contacted the police.

In November of 2018, Olivia's body was exhumed. Although they could not determine the exact cause of death, there was no evidence of intestinal failure or any of the other conditions Turner claimed her daughter had, the indictment said.

When police interviewed Turner, she initially denied fabricating either of her daughter's medical conditions.

During the interview she herself spontaneously brought up Munchausen-by-Proxy, a syndrome where caregivers make patients sick on purpose for attention (recently depicted in the "The Act", starring Patricia Arquette and Joey King as real-life mother and daughter duo Dee Dee and Gypsy Rose Blanchard).

"That has never been my case, like at all, whatsoever," Turner said, according to the indictment. "You can ask anybody that stood by my side through [redacted] and all of this."

She eventually admitted lying about the second daughter's condition, but not Olivia's. The sister has since had no medical issues.

GoFundMe said in a statement it would refund all 161 people who donated through its website.

Make-A-Wish said its procedures for granting a wish require a referral from the child's medical team, and that it relies on their assessment.

"As we seek to learn more about the circumstances that led to Olivia's death, we fondly remember her spirit and hope that granting her wish brought some joy to her tragic life," the charity said.

According to The Post, Turner also asked for handouts to cover the cost of Olivia's funeral — which she still hasn't paid for.