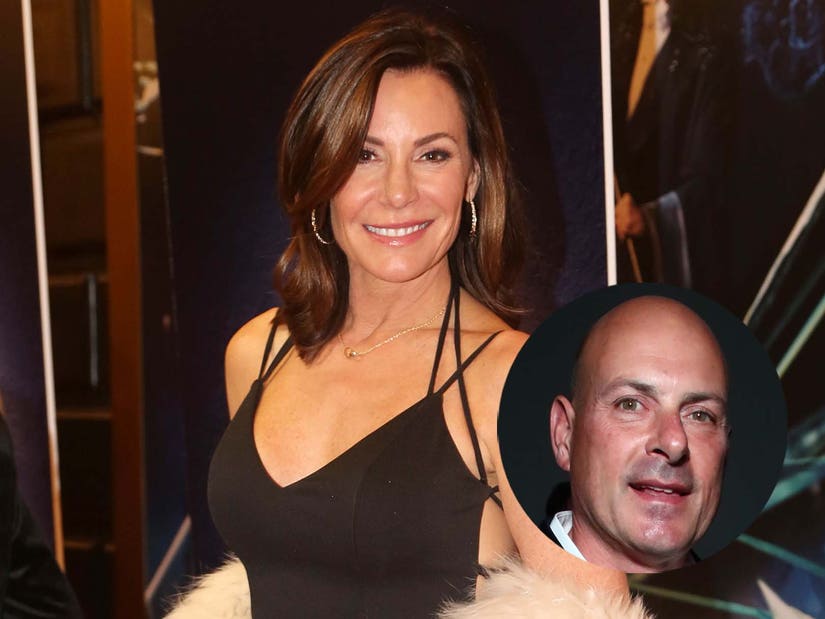 The former reality star breaks her silence on her former husband’s impending nuptials!

Luann de Lesseps is staying cool, calm and collected after learning that her ex-husband Tom D'Agostino got engaged to his bride-to-be, Danielle Rollins, on the anniversary of their wedding.

On Friday the "Real Housewives of New York" star spoke with Page Six and told the publication that she couldn't be more relieved about her former husband's new engagement.

"I'm happy for him. I'm happy we both moved on," de Lesseps revealed. "I've moved on from that time in my life and I truly only wish him the best. That's the feeling. It's all good."

De Lesseps and D'Agostino famously tied the knot on New Year's Even 2016, with lots of "Housewives" in attendance -- including Dorinda Medley as a bridesmaid. But that union would only last seven months, with de Lesseps announcing in August 2017 that the pair had agreed to divorce.

On January 1st, Rollins shared a snap to her Instagram of her hand over D'Agostino's sporting a stunning sapphire ring with accent diamonds. "Woke up like this," she captioned it, and yes, the ring is on that finger.

The home designer later dedicated an Instagram post to the engagement and shared a photo of Tom getting down on one knee and thanked followers for the congratulations with the caption, "Thank you for all the wonderful well wishes & heartfelt congratulations celebrating our engagement."

"I had so many well intended plans to share party details, videos and photos from the fabulous weekend of festivities," she continued. "But Instead I took a little break to be in the moment, enjoy our friends and family who came from near and far to be with us & I still feel like I am still walking on sunshine! My feet haven't hit the ground! It's a wonderful life."

According to Rollins, this is the fourth New Year's that she and D'Agostino have spent together, suggesting that the pair started dating in the same calendar year that his marriage to de Lesseps ended.

As for de Lesseps, she has dated a couple of men since the split and remains open to the idea of marriage. She's just waiting for the right guy -- though we suspect she might pick a different day.