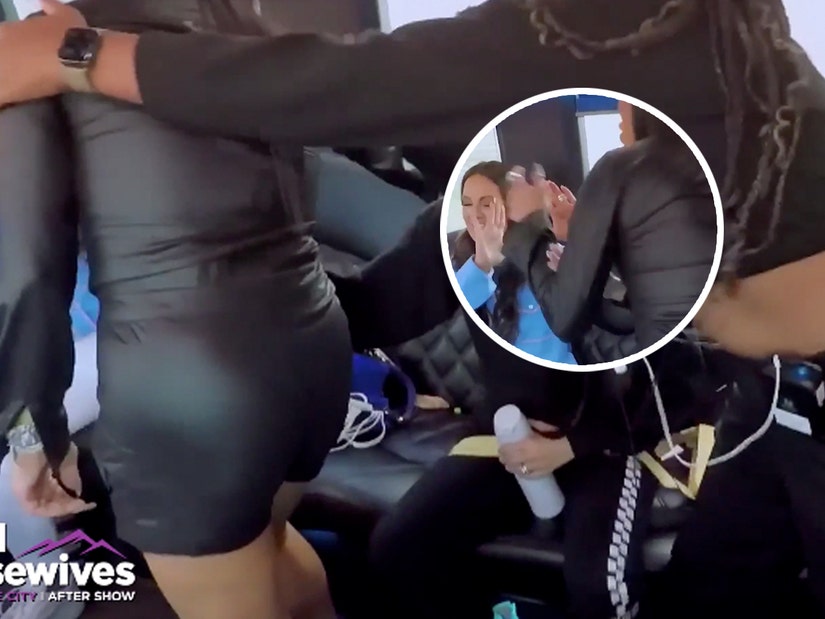 Production had to get between the two women, tearing them away from each other.

Things got heated on the latest episode of "Real Housewives of Salt Lake City," as Jen Shah and Lisa Barlow got into it with nowhere to hide during a girls trip bus ride.

While Shah was arrested by the authorities the last time the women ventured out for a getaway, she was on board the luxury bus on Sunday's new hour, as the cast headed to Zion, Utah for a trip organized by their husbands.

MIA for the ride were Meredith Marks and Mary Cosby, who were also noticeably absent the day Shah got arrested as well. With Meredith sitting this trip out, Shah mentioned Marks hiring a private investigator to look into allegedly threatening messages she and her son were receiving -- messages Meredith said the investigator felt came from Jen. With Shah learning some of the women also felt Meredith may have been involved with calling the feds on her, Jen was livid with Lisa for not doing more to call out Marks.

Shah was frustrated everyone "believes Meredith when she opens her f---ing mouth" but the same courtesy wasn't extended to her. Barlow, meanwhile, didn't want to be held accountable for Meredith's actions. The fight between the two women kept escalating and got more confusing as they screamed at each other, before Barlow got fed up and shouted, "I'm shutting the f--- down right now. Get out of my f---ing face!"

The episode ended with Jen standing up and getting in Barlow's face, while Barlow jumped out of her seat. Eventually, a producer had to get between them to try and keep things from getting any more physical, as the two women pushed each other.

While viewers will have to wait until next week to see how the fight resolves itself, both Shah and Barlow opened up about the incident on Bravo's online after-show.

"If The Shining were a vehicle, we would have been on it," joked Lisa. "I thought we were having a great time, we were joking when we took off ... but it quickly turned into literally like The Shining." 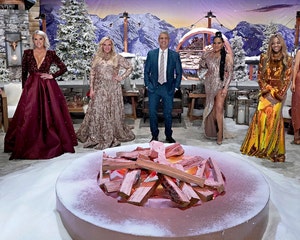 Shah then calmly explained why she got so heated, laying it out a lot more clearly than she did on the show.

"Heather has told me about Meredith saying she has some involvement with calling the feds. So when we're on the bus, Jennie had told me [Meredith] hired a private investigator. On the bus too, they say she lied about having the memorial," Shah explained, repeating how some of the women questioned whether Marks really missed the first bus ride because she attended her father's memorial or if she knew the arrest was imminent.

"S--- was shady, everyone's saying this and Lisa's just sitting there. So Lisa, that's your friend for 20 fake years or whatever, what is this. And Lisa tries to play this, 'I don't talk about you to Meredith and I don't talk to Meredith about you,'" Shah continued. "Okay, but bitch when it's time to vote, vote. You should have an opinion about what's right or wrong ... Answer for your girl! 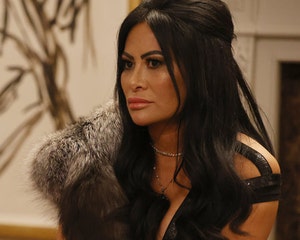 Barlow said she believed Jen's emotions were "running rampant" during the bus ride and thought, at first, Shah was kidding around with her. "And then I'm like, 'Oh no, she's serious, Jen has a real issue right now,'" she added, "I thought it was going to turn into something physical."

"Tensions were high with me and emotions because this is my life. This isn't like the hospital smell, okay?" added Shah. "This is a real thing that can affect my family and my livelihood. This is not okay if your friend is going around calling private investigators and calling the feds. That's why I looked at Lisa like, 'That's your girl. You defend her, no problem, then defend her right now.'"

Jen said the fact that Barlow instead tried to disengage in the conversation is "what pissed me off."

"No, this isn't the last time you're talking about it. If you're going to defend those actions, then who are you? Then Lisa tried to be all, 'What are you gonna do?' You don't want that smoke," she added. "You don't want the smoke from me. You don't want no Shah smoke honey, sit down, because you ain't doing s--- but going to Taco Bell to get a double crunchy gordita bitch, so sit down. You ain't doing anything." 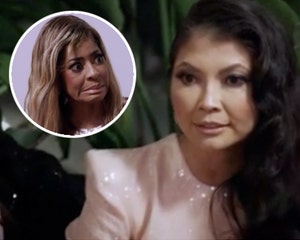