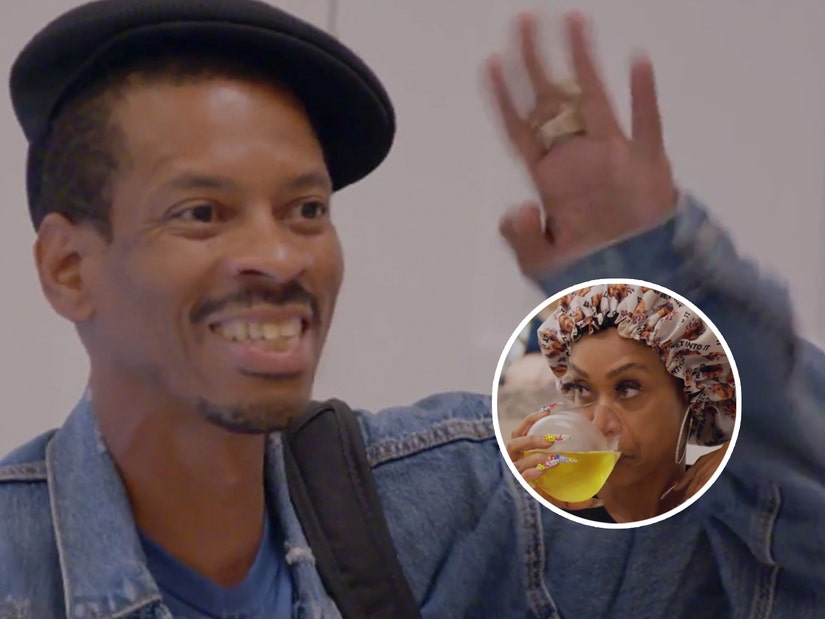 "I would love to stay, but it's going in a direction where it's not gonna be good for anybody."

David Edwards has once again left the building, this time on his own terms.

The season finale of "Real World Homecoming: Los Angeles" dropped Wednesday and while David did make it to the last episode, he left the house quite a bit sooner than his roommates. His early exit echoed his appearance on the show's original run back in 1993, when he was evicted following a physical altercation with Tami Roman.

Going into Paramount+'s big reunion, the reassessment of that 1993 incident was the main issue on everybody's mind -- and something both David and Tami were able to somewhat come to a new understanding about early on. However, Edwards' behavior -- including heavy drinking, smoking and his stance on the Black Lives Matter movement -- continued to rub his costars the wrong way as the season went on.

It all really blew up over BLM, as Roman felt he was too apathetic about the movement as a Black man. Following their disagreement over the issue, he continued to make jabs about her wigs and Tami called up her husband Reggie Youngblood to vent. He, in turned, showed up to the house to confront David for disrespecting his wife -- but production removed David from the house for safety reasons and wouldn't allow him to return until Reggie agreed to leave.

The finale picked up with David finally coming back to the house, with Jon filling him in on Reggie's visit. After Brennan told him that Reggie showed up "looking for you" and was "irate" doing it, David began to rail on Tami to both Jon and in a confessional -- which you can watch below.

He also felt the other roommates didn't have his back in the situation -- accusing everyone of attempting to put him "in a negative light."

While Irene Berrera-Kearns and Beth Anthony both felt it wasn't really fair for Tami to have called her husband for backup, neither of them said anything to Roman herself about it. In a confessional, Irene even called it a "s----y" move because it "caused a ruckus." However, the two women and Beth Stolarczyk agreed to just stay out of the way on this one and let their final day in the house play out.

David wouldn't make it to the final day though, as he decided to call up executive producer Kevin Lee, telling him, "We need to talk, 9-1-1." The two met up off-camera (but still mic-ed) and after David explained the Reggie situation, Lee was heard saying, "Do you want to just go in and just say like, 'Hey, you know what, I'm not feeling this anymore and I just wanna pack my bags and leave on a peaceful note?'"

David agreed and added, "I would love to stay, but it's going in a direction where it's not gonna be good for anybody and I'm not here for that." In a confessional, he said he didn't want to be there anymore and felt that his "character was being assassinated again and I didn't appreciate it." 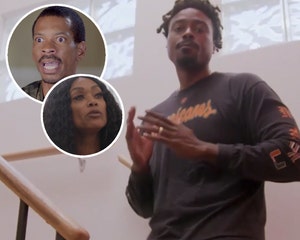 As he packed up all his belongings, he told Brennan that he "gave all [he] could give" to the reunion -- adding, "I'm better than this s--- and "I can't look at these fake motherf---ers no more." When Jon then told the rest of the house what was happening, an unbothered Tami reacted by simply saying, "Oh, okay."

"The fact that you decided to leave, you gotta take responsibility for that," Tami then added, while David continued packing upstairs. "Yes, I did call my husband and yes, he can be present and available again. Nobody did anything to him. It's his own insecurities. Not one time did I say I'm not willing to have a conversation with you. I said let's have a conversation. You wanted to talk to everybody else on the other end of that phone except me."

"Oh gosh, this is not how I wanted it to end," said Beth S. "Just when you think you're making progress, he takes a bunch of steps forward and then he jumps back 50 steps. I just don't understand. He has demons that he's fighting and I hope that he has a good support system, because he clearly does not feel safe with us. I don't think we're ever gonna get through to him." 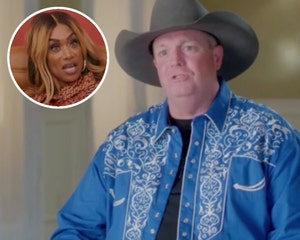 All packed, David came downstairs with his suitcases, asked the EP of the show to take him to his hotel, waved at his roommates and said, "This time I'm leaving on my own accord." Beth A. wished him good luck on the way out, while Jon helped him carry his things to a waiting van. Brennan got a hug out of David as they parted, with David saying they'd talk soon.

Though Beth A. wondered if anyone else should go out and say goodbye, Glen Naessens said it wouldn't be worth it.

"I'm just guessing he said his piece and then tried to look for an out and his out was stirring stuff up with [Tami] and that was his out because he was done," he said. "David feels he wants to leave, that's his decision. No one got physical when Tami's husband showed up, production removed David from the house."

"To me, I have more to lose than all those motherf---ers put together. That's why I walked away," David explained in his last confessional. "It wasn't no longer worth it to me. I didn't get a chance to walk out that door with everybody. That's the only thing that bothers me."

Tami said his exit was not how she wanted the show to end, calling it "sad." After his exit, the rest of the house grabbed brunch the next day, before saying their more peaceful goodbyes and calling it a wrap on the reunion.

"Real World Homecoming" already been renewed for a third season, which is rumored skip ahead to the 2000 New Orleans crew.