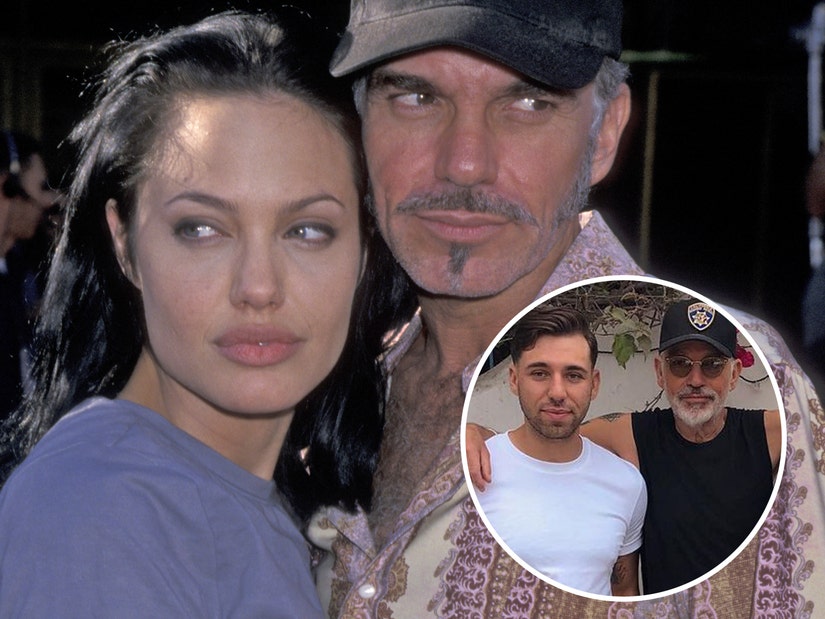 And, yes, they're still in contact with each other.

Billy Bob Thornton and Angelina Jolie were only married for three years, but her bond to his family apparently remains strong to this day.

The two made quite a splash when they were married from 2000-2003, stepping out with vials of each other's blood and bragging about having sex on the way to red carpets. At the time, Thornton was already a father to three kids, including son Harry, who currently appears on "Relatively Famous: Ranch Rules."

In an interview with ET about his stint on the reality show, Harry Thornton revealed what it was like having someone like Jolie as a stepmom.

"She was so cool," he told the outlet. "She took us camping every week and she rented, like, an RV one time, and we went on a full camping trip."

"She was just so fun for us back when we were, like, younger. Like, she was a lot of fun," he added, saying the two are still very much in contact now.

"To this day, she still sends me Christmas gifts every year and stuff like that," he told the publication. "I don't talk to her on the phone every day but every now and then we talk."

At the time Jolie and Thornton first got together, she didn't have any children. She adopted son Maddox while they were married and became a single mom when they split soon after. Jolie is also mom to Pax, 18, Zahara, 17, Shiloh, 15 and twins Knox and Vivienne, 13.

Jolie was later married to Brad Pitt from 2014–2019, while Thornton has been married to Connie Angland (his sixth wife) since 2014.